My Life as a College DJ 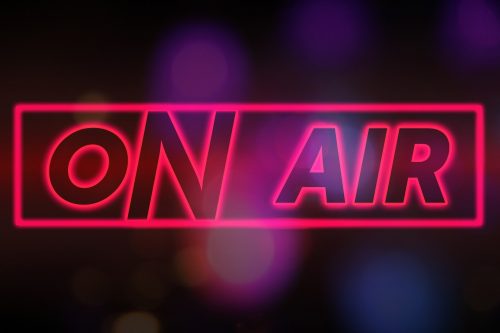 Image by Michi S from Pixabay

Spinning the black circles. Finding those up and coming bands. Flipping through 30+ years of vinyl to find those forgotten secrets.

I did all of that during my brief time as a DJ at 91.1 WREK at Georgia Tech my freshman year.

The thing is, it’s not like it was even on my radar. That wasn’t something a random college student would do. While I was finding new bands to like/love and music was a passion of sorts, it wasn’t something I’d ever given any thought to. In fact, had my roommate and another friend not found out about the open sign-ups, I would have never had the chance to even bother.

The actual radio station back then (and I’m assuming now, but I don’t know) was right beside the Basketball arena, which meant it was about a ten-minute walk from my dorms. I’m not sure what a college radio station was supposed to look like, but this one didn’t disappoint. A couch that likely was considered used in the late 70s adorned the common area. A beat-up soda machine sat off to the side. Rumor had it if you pressed two of the very worn buttons at the same time when you were making your selection, a can of beer would instead descend from inside. Inside the actual booth where we played music was big enough for a couple of people to sit, with a large desk-like apparatus that held the cd player, the record player, and assorted other buttons and dials. Just behind that was a larger room filled from top to bottom with all the vinyl you could possibly want. 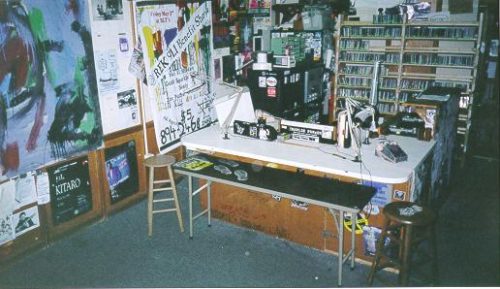 So the deal was (I think this is right) 2 or 3-hour shifts where you marked which CDs or vinyl you’d played during your session (think of an old-school notecard inside your library books and it was the same thing). They divided the newer bands they wanted you to play at least once a day. In addition, for an hour you had to play one reggae song and one rap song. Finally, once an hour you could play anything you wanted from the back.

Now here’s the thing about college radio music – a lot of it SUCKS. I legitimately played songs that sounded as if people didn’t have drums but instead had pots and pans they were playing on. And I’m being completely serious. So what happened was you’d find a handful of bands that you liked enough to play during one of your sets, and you just prayed the person working before you hadn’t already played them (because then they were off-limits for the rest of the day). The other thing you discovered were the longer songs. Something maybe 7 to 8 minutes in case you needed to run over to the restroom.

Finally, during your sessions, you’d peruse the back area where there were tons of bands that no one has ever heard of. Oh, they had some things you would know… they had Faith No More’s Epic and The Police Synchronicity, but you had to be very careful with which track you chose.

Since I’m a big Police fan, when I found the album sitting back there I decided that I’d delve into one of the more obscure tracks to play. I put it on as my “song of choice” for the hour and within thirty seconds the phone rang and someone growled – “turn that off!” I was so nervous that I’d broken some unwritten rule that I did stop the song in mid-chorus and swapped it with some garage band’s terrible pot banging. The next day when I went to look for that album (thinking that I just chose the wrong song)… it had magically disappeared.

If you worked at the radio station there was an opportunity to sign up to be on the guest lists for various clubs around the city and nearby towns. Which was extremely cool considering I didn’t have a ton of disposable income, to begin with. The problem for a newbie like me was the sign-ups were in order of seniority. So I signed up for a few things here and there that an older DJ then sniped from me. In the 5 months of working there, I managed to get on 1 guest list: Helmet at the 40 Watt in Athens. Considering they were one of my favorite bands at the time, I was just praying no one would snipe my passes, but sure enough, I and a friend got to go. 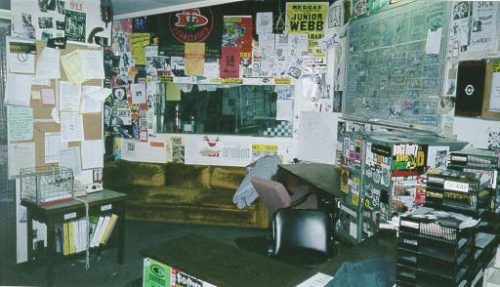 https://www.wrek.org/gallery/historic-wrek-gallery/ I believe that’s the same couch from my memories.

One other thing the radio station did was broadcast the college baseball games. As spring approached, multiple afternoon shifts would butt up directly to the games. Normally, there was a DJ who would cover that shift which mostly meant making sure the initial setup worked and then being on hand for any issues during the game. Except on that one day when the end of my shift approached and the DJ still hadn’t shown up. The clock turned 5 and the baseball guys called in, saying they were ready for the hand-off… and me… the guy who was nervous about screwing something up in the first place, suddenly had to explain to them that the regular guy wasn’t there, and they’d need to walk me through things.

I don’t remember any specifics, but I know I had to go mess with the main “machine” (my brain fails me what it was called), something I didn’t interact with AT ALL. The clock was ticking, I’m cursing the DJ for being late, and I’m sure the broadcasters were wondering if the game was going to make the air.

It did. After about 1/2 an hour the late DJ showed up, thanked me, and then I left hoping to never have to do that again.

It is only now, looking back, that I wish I’d stuck with it for a little while longer. After summer, my friends kinda petered out on it, and since that was half the reason to do it… and I was going to be co-oping in the winter quarter anyway (which meant I wouldn’t have time to do it), I stopped signing up for shifts. Before too long it had become a weird thing that I’d done… something neat to put on my resume for a little while as “hobbies” or something interesting about me.

Mostly though, I wish I’d come up with my radio voice back then.

Writer of comics and novels. In 2006 his first short story "The God That Failed" was published by Terminus Media in their debut comic Evolution Book 1. Since that time he has had stories published in Terminus Media's Evolution Book 2 and Evolution Special, Kenzer and Company's The Knights of the Dinner Table, and Four J Publishing's The Burner #3. Currently he is eagerly awaiting the digital publishing of his first creator-owned comic The Gilded Age #1 to be published online as well as his first novel The Dark That Follows later this year.
View all posts by John McGuire →
Tagged  DJ, Georgia Tech, John McGuire, Radio Station, WREK.
Bookmark the permalink.