Once Upon a Time…

I once brought a dagger on a plane.

And this wasn’t pre-9/11, and it wasn’t a domestic flight, no this was an international flight to Atlanta via New York.

And it was just over 1 year (by a handful of days) after the tragedy.

Yes, apparently I am that dumb.

I also believe that memories connected to items and objects are more likely to be stronger than those that we only rely on pure memory for. It isn’t 100% fool-proof, but more than one time I’ve come across something that triggered a memory long since lost.

For our honeymoon, my wife and I did a cruise of the western Mediterranean which included, among Spain, France, and Italy, a little country off the coast of Italy called Malta. And while we were there I saw this dagger. 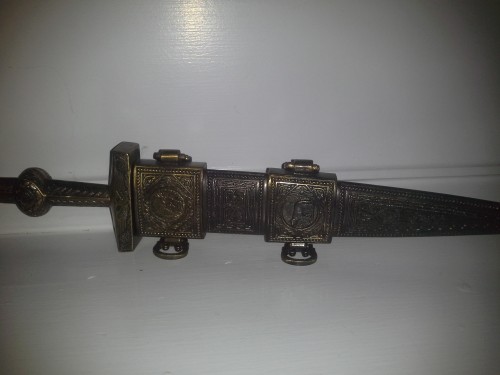 I don’t know exactly why, and honestly, if I had given it more thought I would have talked myself out of buying it in the first place. The logistics of having a weapon on a cruise trip, trying to bring a weapon onto a plane in any capacity much less in the world we were then living in. But my analytic brain was on vacation as well. So I paid for the piece of memory and we went back to our sight-seeing.

It wasn’t until we were getting back on the ship that I thought anything of it.

“Oh, how are we supposed to handle this?”

I spoke to one of the cruise employees who informed me that they would have the Master of Arms for the ship take it and secure it in a vault until we finally left the ship for good.

Again, it should have occurred to me that this might be a problem when we finally got to the Barcelona airport.

But it didn’t, not until we were packing on that final day. I had the blade wrapped up… it wasn’t sharp, but it was still a big knife and I didn’t want it to tear anything else in the suitcase. I think we placed it near the top in case we needed to show it to someone in charge.

So they did the whole thing of the standard questions:

“Has your bags been with you the whole time?”

“Had anyone asked you to blah blah?”

I think she asked something else, but it was at that point I knew I should speak up.

“I have a decorative dagger in the luggage I’m about to check.”

Her face told me that she wasn’t sure if I had really spoken English to her in that moment. Her brain flew through its various calculations about how to ask me “What the Hell?” without saying those specific words. 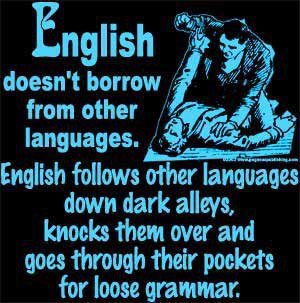 “In my luggage, I have a decorative dagger. We bought it in Malta as a souvenir, but I’m not sure how we are supposed to handle it.” Never mind the fact that decorative might not be the correct adjective to use, I thought just saying dagger all by itself would prove more troublesome.

Again her brain whirled and buzzed, perhaps her eyes rolled up inside her brain as the little women who controlled her brain began scrambling for the proper response. Finally after what seemed like minutes but was probably only a couple of seconds she held up a finger. “Let me call someone.”

Courtney and I waited off to the side for her superior to show up. When he did they stepped away and had a discussion. Since I don’t speak Spanish, I’m not entirely sure what specifics were uttered, but after a minute or so the superior came over to me.

“What is the issue?”

It’s that feeling you get when you have been on the phone with a Help Desk and they are passing you along to someone else. They’ve been taking notes this whole time… you hear them tapping away at their keyboard, but as soon as you get transferred the next person asks you THE EXACT SAME QUESTIONS. I always think, “Why even write it down if you aren’t going to look at it.”

In this case I figured I’d give them the benefit of the doubt with the language difference and whatnot.

“We have a decorative dagger… a souvenir in our luggage.”

So I unzipped our bag and carefully unwrapped the dagger on the counter. He may have lifted it to inspect it, if he did it was a very brief inspection. Either way he stepped aside with the original lady and they began discussing it. This conversation lasted a little longer (maybe 2 minutes), and then he came back, told me to wrap it up and put it in the bag and then they took the bag. No problem.

“Oh, they probably just said ‘Let the Americans deal with it in New York.'”

And that’s what I thought. I cursed the idea we were flying into New York instead of Atlanta. There is no way we’re getting that Dagger back home. Money completely wasted. Why didn’t I think this through?

We arrived in New York…

and no one said anything to us. Nobody pulled us aside to say they had gotten a note about the weapon, there was no detention, there was nothing. Now, granted, it wasn’t in our carry-on or anything, but still… I wasn’t expecting nothing.

Again in Atlanta there was nothing said. I began to wonder if we had said nothing in Barcelona would they have even noticed. So either clearly it wasn’t deemed important enough for them to bother with. To this day, whenever I look at the dagger I’m shocked that it is sitting on the mantle rather than in some storage bin in Spain or New York.

But no, they didn’t keep that memory and for that I am grateful.

Writer of comics and novels. In 2006 his first short story "The God That Failed" was published by Terminus Media in their debut comic Evolution Book 1. Since that time he has had stories published in Terminus Media's Evolution Book 2 and Evolution Special, Kenzer and Company's The Knights of the Dinner Table, and Four J Publishing's The Burner #3. Currently he is eagerly awaiting the digital publishing of his first creator-owned comic The Gilded Age #1 to be published online as well as his first novel The Dark That Follows later this year.
View all posts by John McGuire →
Tagged  airports, Honeymoon, John McGuire, New York, Spain.
Bookmark the permalink.