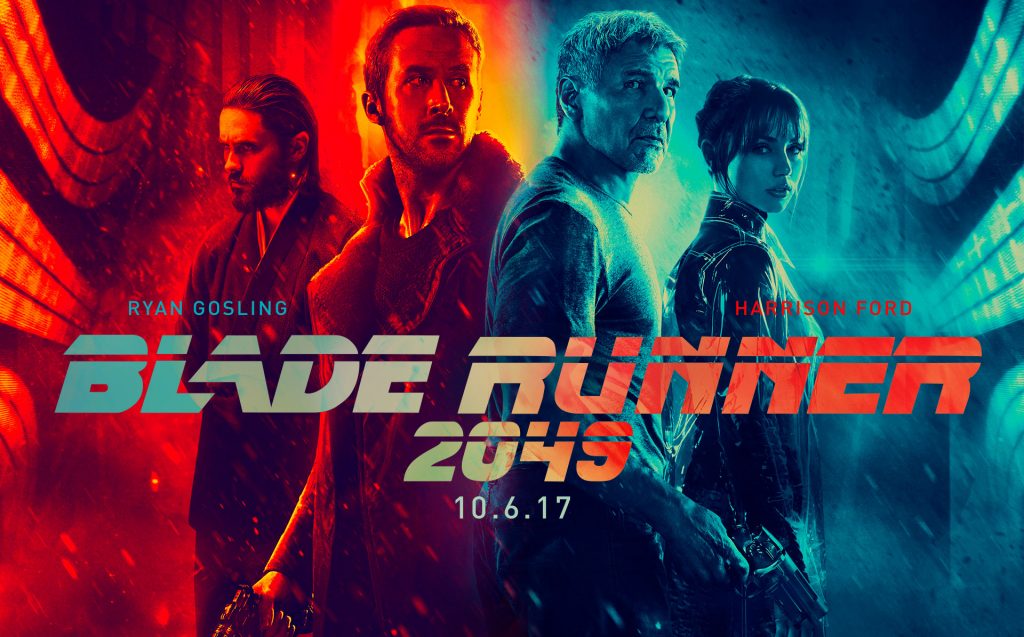 Disclaimer: This review contains no spoilers. It does contain minor plot elements and thematic discussions.

Director Denis Villenueve’s latest film tackles the not-so-easy task of reviving one of the more classic cult films of the early 80’s – the original Blade Runner. And boy, does he do it in style. For those not familiar with the bleak, mega-dystopian feel of the first film, Blade Runner 2049 recaptures it…and it does so in grand fashion.

Ever present rain drips from a never-sunny sky.

No birds. No leaves. No softness.

Just hard angles, harder hearts, and possibly the most brooding atmosphere since…well…pretty much ever.

Blade Runner 2049 isn’t a remake, in case you wondered. It’s a sequel, occurring decades (in movie time and real time) after the events of the original. In it, ‘K’ (Ryan Gosling) gets down to the dirty business of hunting the last of the old model ‘replicants.’ Replicants are programmed humans – faster, smarter, and stronger than regular people – but also mostly enslaved to humanity’s will.

As you can imagine, things don’t go particularly well for K. Every time his boss (Robin Wright) rings him up on his next-gen cell phone, you know s**t is about to go down. 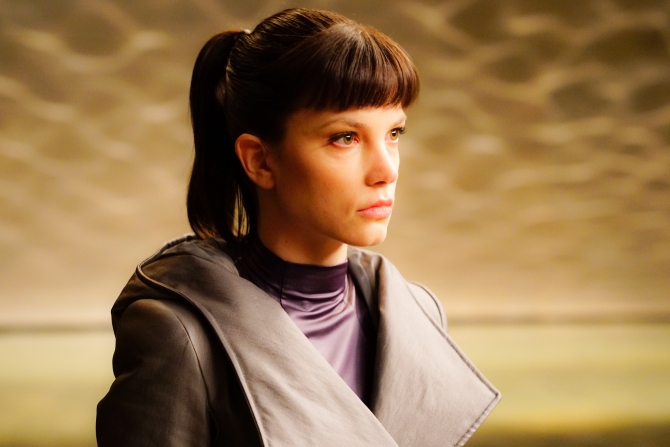 ‘Luv’ – played to perfection by Sylvia Hoeks. When you see her, run.

Now then, if you were to waltz into the theater expecting a bang-bang action flick, you might as well tuck tail and head right back out the door. B.R. 2049 isn’t really an action film. That’s not to say action doesn’t happen or that the fights aren’t razor sharp. It’s just that Blade Runner 2049 is a thinking film-lover’s movie. At its core, it’s about atmosphere, emotion, and tension. It’s about feeling like you’re actually walking through the stark, cold wasteland of Los Angeles 2049. It’s a look at what our world might someday become.

Ok. So let’s go ahead eliminate one concern you might have. No, you don’t have to worry about Harrison Ford. Unlike in The Force Awakens, he doesn’t just show up as wallpaper guy rehashing a thirty-year old shtick. He’s as vivid as everything else in the movie. And yeah, he can still fight.

And speaking of vivid performances, I’m allowing myself a moment to gush about one of the movie’s most intriguing characters. Joi (K’s pseudo-lover, played by the absurdly beautiful Ana de Armas) just about won my heart over in every scene she appears in. Poor Joi’s just a hologram-girl meets Stepford wife, and she nails her performance. Hers might’ve been an easy role for movie-goers to brush off as window dressing, but in my mind, she gives us a glimpse at what the future of human relationships might look like. 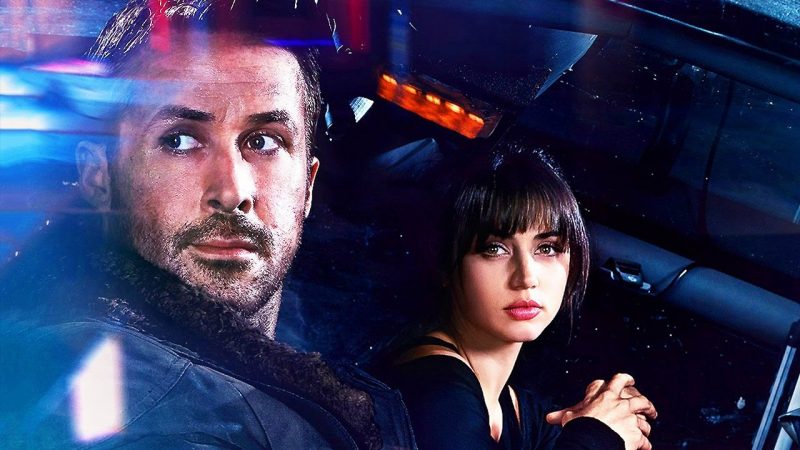 And it doesn’t hurt that Ana de Armas is simply stunning to behold.

Blade Runner 2049 is a long movie. Let’s be honest. Some of the scenes take a good while to develop, and others take their sweet time in coming to a close. This will assuredly provoke boredom in some movie-goers. At times, I admit I found myself begging for the next scene to start. And yet…the longer the film went on, the longer I wanted it to be. The quiet moments aren’t boring; they’re allowing us – the audience – to think. To ponder. To wonder what’s next.

In this respect, Denis Villenueve does very well. Just like he did in Arrival, he doesn’t leap casually from scene to scene. There’s a thoughtfulness in his pacing uncommon to most modern film directors. Some won’t appreciate it. Others might suffer bouts of impatience. But as for me…I learned to love it.

I wanted time to think.

Plenty of spaces like this appear in the movie. Big. Sparse. Sterile. Beautiful.

Let’s talk antagonists. The bad guy is played capably (if weirdly) by Jared Leto. He’s cool, for a blind dude. The bad girl, however, is one of the best parts of the film. Her name is Luv. And no, she doesn’t luv anything except kicking ass. Evil ass-kicking women with no remorse…well…that just floats my film-lovin’ boat. I think everyone will ‘luv’ Sylvia Hoeks’ performance.

Musically, the film score (by Hans Zimmer and Benjamin Wallfisch) sounds a ton like the score from Arrival. It pairs well with the atmosphere, though sometimes feels a little loud. I’m a Hans Zimmer nut, and I’ll admit this isn’t his best ever effort. It’s too derivative. Even so, it’s better than most.

In the end, Blade Runner 2049 creates one of the finest dystopian atmospheres you’ll ever see. It’s populated  with fascinating characters, most of whom continually surprise movie-goers. Even I, the king of know-it-alls, got hit with a few plot twists I didn’t see coming. In a world full of predictable movies, that’s a good thing.

Once again, B.R. 2049 is long. Maybe too long for some. Early on, things take a while to develop. And not everyone will buy into the ending. There’s questions left unanswered, to be certain.

For the patient fan, for the fan who likes to wander into worlds far different than our own, and for those who wonder what humanity’s fate might someday be, this movie is for you.

Go see it twice. I know I will.

And someone please get me Ana de Armas’ phone number.

Read my other movie reviews here.