During AndoCon 2018 in Atlanta, I had the pleasure of playing Craig Campbell’s GM-less RPG, Die Laughing. Craig supervised (and Tweeted) some of the best moments from this horror-comedy-movie romp in which the point is to die onscreen hilariously and come back as… a movie producer! It’s a fun party game on the lighter side of RPG. During the con he also discussed another RPG gem (for which he’s running a Kickstarter), CAPERS. 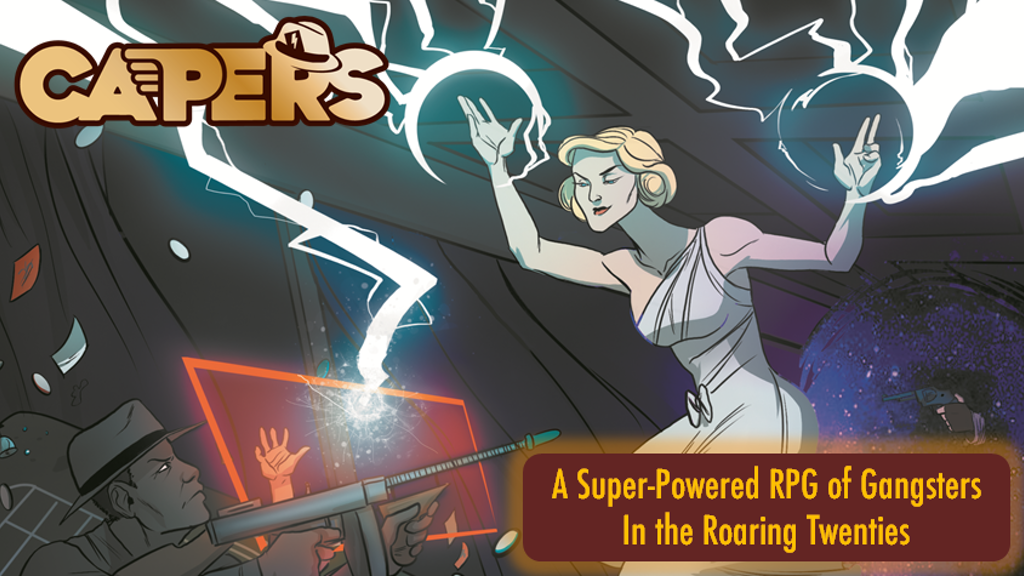 EGG EMBRY – Craig, thanks for talking CAPERS RPG here. What’s it about?

CRAIG CAMPBELL – CAPERS is a superpowered game of gangsters in the Roaring Twenties. You play gangsters and bootleggers looking to make your fortunes. Alternatively, you can portray members of law enforcement looking to bring these criminals to justice. Either way, you have superpowers!

EGG – What inspired the idea of superpowered gangsters?

CRAIG CAMPBELL – It started as wanting to make a supers game but not one set in the modern day. There are plenty of RPGs that do that. So I want looking into history. After trying a few ideas on, I settled into the 1920s, a period I find fascinating. As I worked on the game, it became apparent to me that I wasn’t designing a supers game, not really. And it certainly wasn’t a superHEROES game. I was designing a gangster game where the gangsters happen to have powers. That realization informed every design decision I made moving forward. 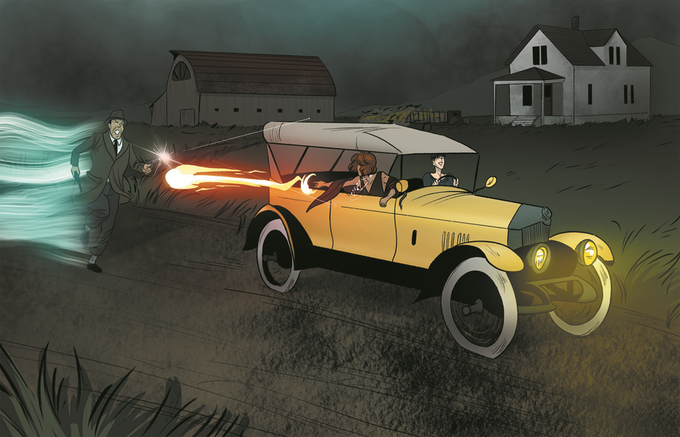 EGG – I talked about your GM-less, comedy RPG, Die Laughing, in the opening of this article. How different will CAPERS RPG be from that experience?

CRAIG CAMPBELL – Well, they’re both RPGs. Beyond that, they’re pretty different. CAPERS is a more traditional RPG. A bunch of players portraying characters with a GM guiding everything. You can play one shots or a campaign. There’s character advancement and rewards. Recurring antagonists and exploration of themes and tropes over a period of time. Die Laughing is a GM-less, short-play story game that’s designed to be run as a one-shot. It’s also much funnier and laced through with exaggeration, hyperbole, and a self-awareness of horror movie tropes.

EGG – Do you think The Mystery of Al Capone’s Vaults would have been better with booby-traps?

CRAIG CAMPBELL – For sure. That said, it would have been better if there had been ANYTHING in the vault. Anything at all.

Moving on, as the publisher, can you highlight one pledge level/backer reward from that campaign that you think is the standout for CAPERS RPG?

CRAIG CAMPBELL – I love all my babies equally. That said, the Jacks and Jills level is the “super-fan” level. All the PDFs. A book and CAPERS themed deck of playing cards shipped to you. You get to create an NPC who fills an important role in the game. And the illustration for this NPC is your likeness, appearing both in the book and on one of the jacks in the playing card deck.

EGG – I love getting to participate in the game with a NPC. Very cool reward!

Tell us a little about you, what was the game that changed you into a gamer?

CRAIG CAMPBELL – D&D was my first RPG experience, specifically a Ravenloft game (which is poetic since I’m a horror movie fan). I played a bunch of RPGs throughout college, not just D&D. I think it was that experience as a whole that transformed me into a gamer, knowing that there were so many different games and getting a chance to play a bunch of them. 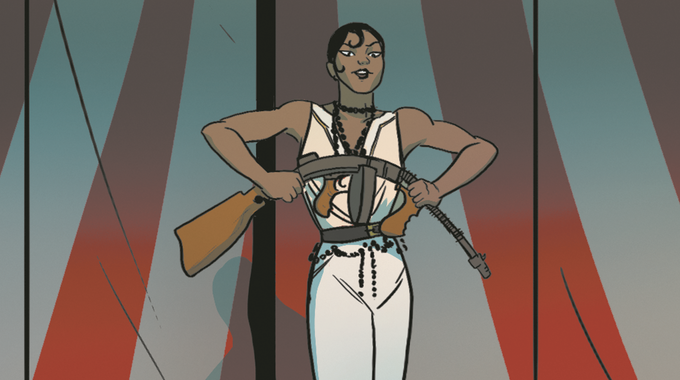 EGG – What prompted you to create NerdBurger Games?

CRAIG CAMPBELL – I had been freelancing for D&D (along with a little Pathfinder, Gamma World, and Iron Kingdoms) for several years. As Wizards of the Coast ramped down D&D 4E and started playtesting 5E, my freelancing started to dry up. So like a sucker, I decided to try to make my own RPG. That became Murders & Acquisitions and the beginning of NerdBurger Games.

CRAIG CAMPBELL – Kickstarters are a lot of work. People told me that before the first one. I said, “yeah, yeah, mine is a little game and I probably won’t even get that many backers.” Eight months later, after the Kickstarter and the publishing/fulfillment stages took up a significant amount of my free time, I understand. Now I understand.

CRAIG CAMPBELL – Die Laughing is the big one. It’s likely to be the next RPG from NerdBurger Games. I’m also tinkering with a very simple RPG that parents and kids can play together. And I have an idea for a sort of, kind of science fiction-ish game that takes place during an apocalypse that features an interesting twist. 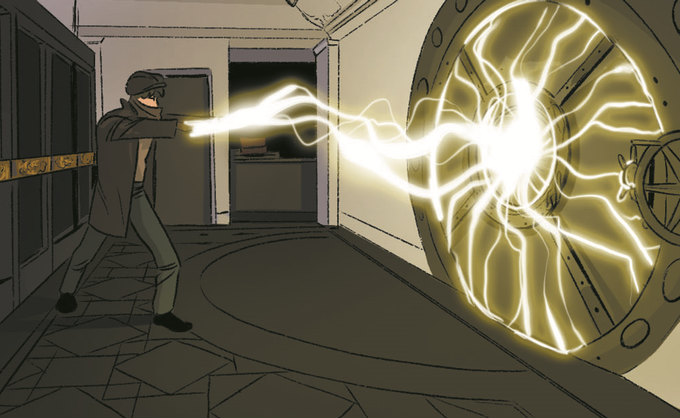 EGG – Any parting thoughts? Where can we find out more about CAPERS RPG and NerdBurger Games?

CRAIG CAMPBELL – Thanks so much for having me do this interview. And thanks to all the people who have backed CAPERS so far. I hope to be able to say that to many more people in the coming days. You can learn more about my game stuff at NerdBurgerGames.com. On Twitter, I’m @NerdBurgerCraig. You can buy stuff at DriveThruRPG.com, but check the CAPERS Kickstarter first. M&A is an add-on there. So if you like both games, you can get a sweet deal.

You can find out more about the campaign here – CAPERS.