I met Craig Campbell of Nerdburger Games at the Atlanta Science Fiction and Fantasy Expo. He was at a table with pre-ENnie Award winner, Derek Kamal (of Heavy Metal Thunder Mouse fame). We chatted for a minute and he pitched me on two of his projects, CAPERS RPG and Die Laughing. I bought the CAPERS Quickstart and, later on, did an interview with Craig about CAPERS (here). At AndoCon, I ran into Craig again and he invited me to try out Die Laughing. That was an excellent time! Let me quote the quick pitch for Die Laughing:

“The zero-prep, horror-comedy RPG that puts the laughter in slaughter. […] Everyone’s going to die. It’s just a matter of when and how funny you can make it. Even after your character is gone, there are multiple ways for you to remain involved and influence the story right up until the bloody end.”

With the Kickstarter is running until November 21st, I wanted to talk with Craig about CAPERS, Die Laughing, and highlight the fact that the game is just $10 so price is kept low so it’s not a barrier!

EGG EMBRY (EGG): Craig, thanks for talking RPGs with me. Let’s start with your Kickstarter for Die Laughing. I played the preview version of Die Laughing at AndoCon. I don’t know whether I did good or bad, but I survived the game, so I never got to play as a producer. How does the producer role impact player engagement compared to an RPG where your character dies and you spend the rest of the night rolling up a new one?

CC: In Die Laughing, when your character dies, and most of them do, you take on the role of producer for the rest of the game (in addition to a few other things). You have producer points that you can spend once per scene to do something to affect the scene, such as lowering the effects budget or introducing positive test scores for a character, forcing them into the scene because the test audience likes them.

While you don’t necessarily spend a point every scene, I’ve had players remark that they remain very engaged with the story, plotting for the perfect time to mess with the story. Producers play a little mind game by themselves (and sometimes with other producers), seeking out a chance to really impact what’s going on in the movie you’re all creating at the table. 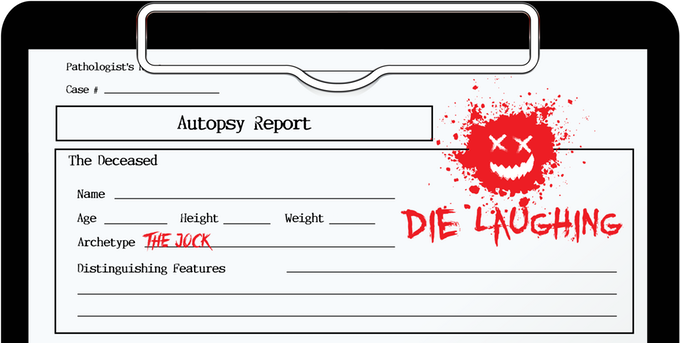 EGG: This game is mostly done, correct? How quickly do you hope to deliver the finished product to backers?

CC: Everything is written and playtested. I’ve added a few things that will need an editing pass. Much of the artwork is done, with a few illustrations left to go. The basic layout template is complete and much of it is laid out.

I MIGHT release a “first cut” of the game with whatever’s done, just as a PDF, right after the Kickstarter ends. This will be a playable game but won’t have all the alternate rules and additional monsters/characters that still need illustration and layout. We’ll finish all of that up and release a “final cut” of the game, hopefully within 2-3 months. But that will depend on how fast we can get a print proof turned around. November and December are notoriously slow months for ordering physical books from DriveThruRPG.com. Darn those holidays and all that wonderful gift-giving!

EGG: Despite being largely in the can, this game has some options to be expanded. In your wildest dreams [nightmares], what are you aiming for with this project?

CC: The hope is 24 characters, 24 monsters, a bunch of alternate rules and play aids, along with the core rules. I think it’ll come in around 100 or so pages. That would be the “Director’s Cut” of the game, so to speak. The biggest and best version of the game.

EGG: The number of backer rewards is ballooning quickly! 😛 This started with one option – Die Laughing for $10. What else have you decided to offer?

CC: That’s the “Victim” level. There are three “Survivor” levels that also get you the PDF for one or both of my previous RPGs (Murders & Acquisitions and CAPERS). Essentially, each adds an additional $10 to your pledge (while the PDFs are normally a $15 value). The Survivor levels have proven to be pretty popular.

EGG: You recently fulfilled your last Kickstarter, CAPERS RPG. What is CAPERS about? How has the reaction been?

CC: CAPERS is a super-powered game of gangsters in the Roaring Twenties. Players portray criminals using their powers to create their empire OR members of law enforcement using their powers to bring those criminals to justice. The Kickstarter for CAPERS went very well and well over 500 people are enjoying their Kickstarter rewards (which included not just the game book but also all sorts of PDF support materials and play aids).

The reaction has been incredibly positive. I’ve started to see a nice little community growing on the NerdBurger Games Discord. People are talking about hacking/houseruling the game. Questions are asked and answered. People are being friendly and talking about other geeky stuff. Every time a new person starts talking on the Discord or sends me a photo of their just-received CAPERS book on social media, I get a little more joy and feel a little more proud of CAPERS. 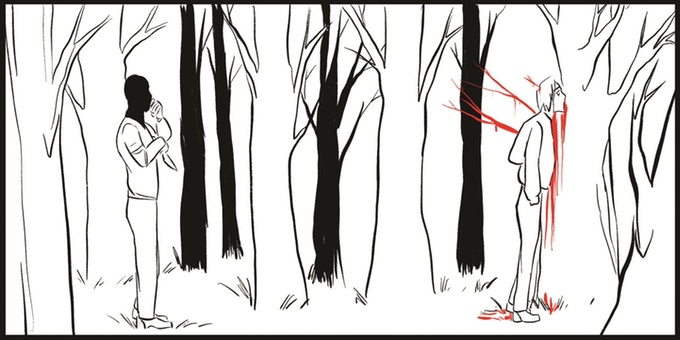 EGG: You run Nerdburger Games and do a podcast. Creator, publisher, advertiser, and local game organizer [NOTE: Craig and I are building an Atlanta-based indy RPG group. In Atlanta and want to game? Ping one of us]. Why wear all the hats instead of letting another company publish your work or the like?

CC: It all sort of happened by accident. I created Murders & Acquisitions and decided to Kickstart it myself. That went well and while I was wrapping it up, I started on CAPERS. Once I had M&A in the bag, it only seemed natural to just forge ahead as NerdBurger Games and continue self-publishing my games.

Doing it all myself has downsides. It’s a LOT of work, but I don’t mind it. Creating RPG stuff is something I would do anyway. I’m able to create these little, niche games that I love and that I can make exactly how I want them to be. That affords me the ability to NOT have to answer to others in what the games should be. It’s incredibly liberating to share my creative vision on my own terms.

And that’s a BIG upside that far outweighs the downsides of having to do all the work myself. Though, truth be told, I don’t do it all myself. I have enlisted a wide variety of very capable and talented freelancers to do the things I can’t and have found a nice little cadre of fans who love playtesting my games. It’s a group effort, for sure. 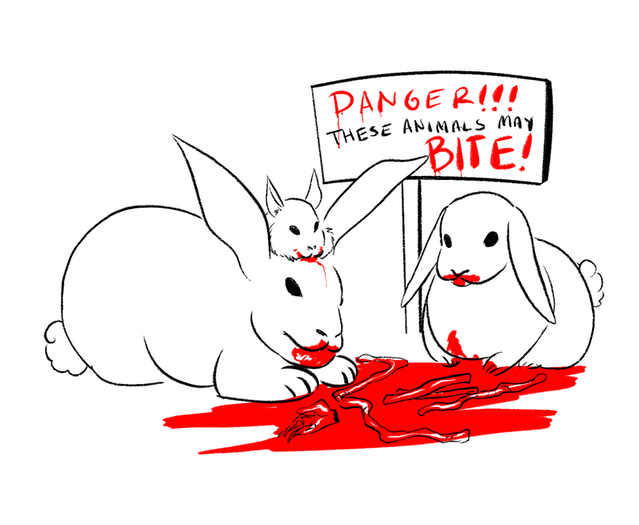 EGG: What is your podcast? What do you cover on it?

CC: I’ve been doing the NerdBurger Podcast for well over five years now with my good friend Mike (who has also contributed his art and layout talents to my games). The podcast is a weekly, hour-long potpourri of nerdy/geeky discussion on all manner of topics, all slathered over with a healthy dose of humor and camaraderie.

We have a rotating panel of regular guests and bring in special guests as well. We keep things very conversational. Over five years of a new episode every single Wednesday.

EGG: What else are you working on right now?

CC: As CAPERS finishes out its fulfillment and Die Laughing wraps up, the next big thing is CAPERS Noir. This supplement to the CAPERS game progresses the game from the 1920s to the 1940s. Gone is Prohibition era gangster action. CAPERS Noir is a crime noir game. You need the CAPERS core game to play it, but CAPERS Noir will be filled with 50 or so pages of new character options, new rules (including investigation rules), new powers, an L.A. backdrop, and some other surprises. It just went into playtesting.

If CAPERS Noir is well-received, I have plans for two more supplements. CAPERS Covert will take things to the 1960s in Las Vegas and be a crime/law story pastiche built around old-school, James Bond style agents and villains. CAPERS Offworld will tie all three eras together and bring CAPERS to outer space with Buck Rogers/Flash Gordon style interstellar crime fun in an old-school ray-gun and alien style. 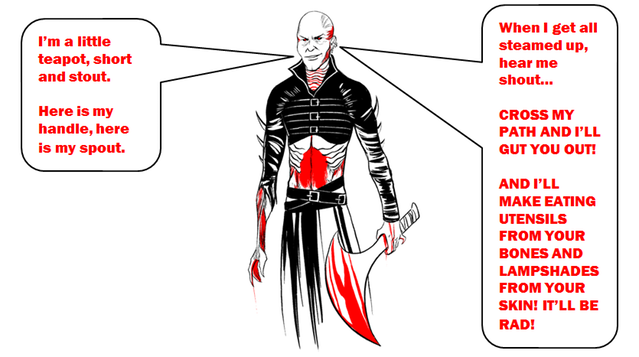 EGG: For fans interested in your Kickstarter, where can they find it and you?

CC: The Die Laughing Kickstarter ends on the Wednesday before Thanksgiving. As an indie creator, I strive to be as accessible and transparent as possible. My fans mean the world to me.

If you dig my games, swing on by the NerdBurger Games website. I blog fairly regularly and love sharing what I’m working on at the moment.

And I’m on a bunch of social media where I love chatting with folks. 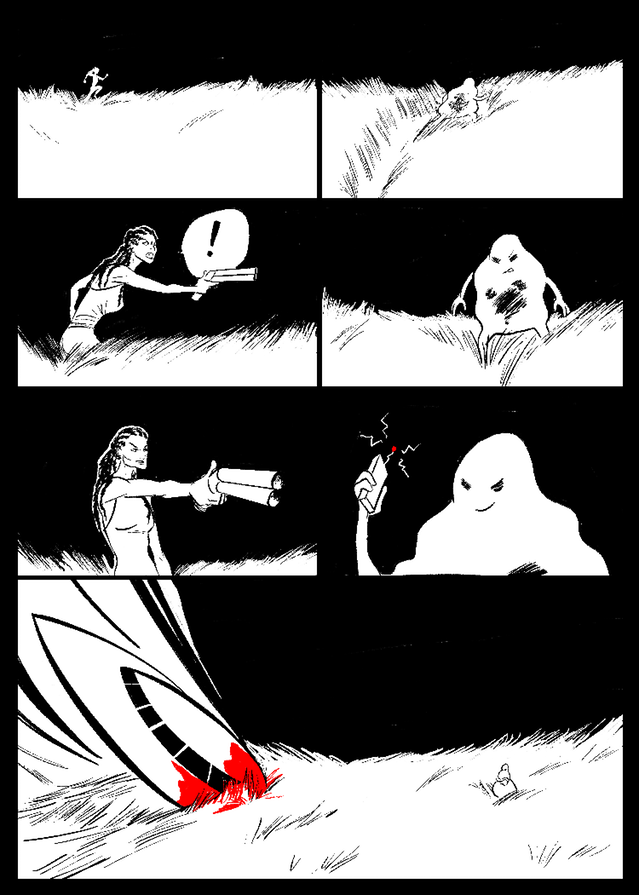