This past Friday night Pearl Jam was inducted into the Rock and Roll Hall of Fame.

Look, I don’t know what that really means. Every year bands and artists are inducted and I have that moment where I go:

“Wait a second… aren’t they already in there?”

Coming up with various 80’s and 90’s rock bands, I have my own biases about who should be in the Hall (how is Slayer not in the Hall? Or Iron Maiden? Or Alice in Chains?)

Anyway, I’ve certainly written about my Love Affair with Pearl Jam before wherein I talk about how my obsession began with them. I’ve written about some of the Lost Gems with those songs people would like/love, but who appear a little deeper on the album. And how one of their shows still holds a place in my Concert Top 5. 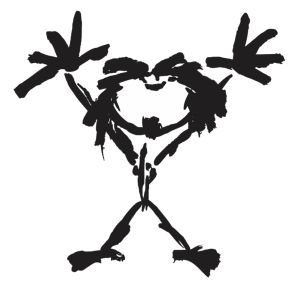 Might as well start with the biggie. I’m a sucker for sing-a-longs at concerts. It feels like in that moment the distance between us and the band has been reduced to nothingness. That with the lyrics being sung back to the band we are somehow a part of the band. We are the chorus.

We are the song.

Black is an easy song to love. The song that Eddie Vedder didn’t want to make a video of. It almost defies being anything more than just another track on the Ten album. How dare you want to exploit this personal song?

But that’s not how music works. That’s not how art works. We put these things into the world and then expect that those things are still ours… and sometimes they are for a time. But there is always a point where you can no longer claim your art and you must allow it to live in someone else.

And so when we sing along in concert to the lyrics. When we scream at the top of our lungs “I know someday you’ll have a beautiful life, I know you’ll be a star in somebody else’s sky.” When we cry out with every bit of anguish we’ve ever felt “But why, why, why can’t it be, can’t it be mine!”- that’s when we claim the song as our own and no one’s else. 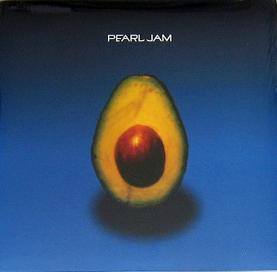 The spiritual successor for their breakout cover of Last Kiss. This slow melodic tune feels like one that could have been played at the Enchantment Under the Sea Dance, evoking more feelings of that time.

Anyone who’s ever experienced the loss of a loved one can attest, their ghost remains with you. Room to room, objects, smells, sounds… everything and anything will conjure up memories.

Another song about loss, but also about hope. Hopefulness that even though the loved one is gone, they aren’t quite so far away. That the veil between worlds can be pierced.

“The real possibility I may meet you in my dream… I go to sleep.”

The worry that the song of their life might evaporate with time. These memories we take for granted, slipping away.

“If I don’t fall apart… will the memories stay clear?”

The two songs probably aren’t related, but for me it continues that story. And while the one may have halted… it is not over by any means.

I’m a lyric guy first… most of the time. But it is in the beginning of this song, that slow build up from utter silence, the drums kicking in, and then Eddie’s voice cuts in:

“The waiting drove me mad”

I’ve read about what the song is about. That by this point in their career their image had been appropriated by the masses. This was the time where you could buy the same clothes they wore, for only a mark-up of hundreds on top. Their images were used at times without their permission.

Things had begun to spiral out of their control.

“Everything has chains… absolutely nothing’s changed.”

I hear this line and I actually hear “Everything has changed… absolutely nothing’s changed.”

This album came out during my first quarter of college and if ever a line summed up my own feelings, it was that one. You are suddenly away from home, somewhat on your own. You are supposed to know exactly what you want out of your future. What do you want to be when you grow up is no long only a question… it is what you are in the process of becoming.

And yet… am I that different from who I was only a few months before? When I was still in high school and preparing to graduate? Am I equipped to make these decisions? 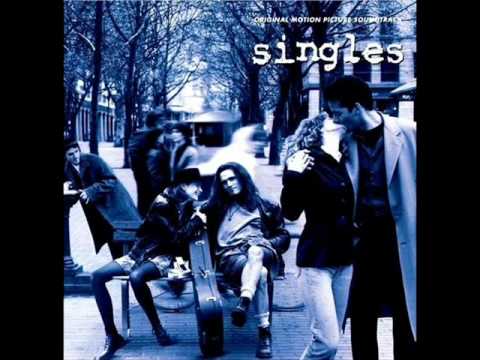 Back when you weren’t sure what might be coming from a band you listened to, every new soundtrack was scanned to make sure you hadn’t missed something. Singles was one of those movies that I liked when I saw it – though, I’m not entirely sure I understood everything they were trying to convey. But the soundtrack, that was something entirely different. And had it been a cassette and not a cd, I might have worn it out.

That Breath and State of Love and Trust were on the album was the icing. And while we were still in the “Ten” era, State didn’t feel like “Ten” to me. It was a fast, in your face attack.

“And I listen for the voice inside my head

Nothin’, I’ll do this one myself”

Did I learn something from this? Was I using it to channel some kind of teenage rage?

I just think I liked the beat.

I would say this is one of their “driving songs”. There may not be one on every album, but there are a handful where you can just put them on and not think about anything other than the stretch of road in front of you.

I would say this is one of their “driving songs”, but it isn’t.

It is THE DRIVING SONG.

When you are a teen and get your license, then you are free. It doesn’t matter if you need to go around the corner, or you are searching out some place far from home. You get in the car and go. You can forget about life for a little while. Forget about whatever problems are currently on your plate. 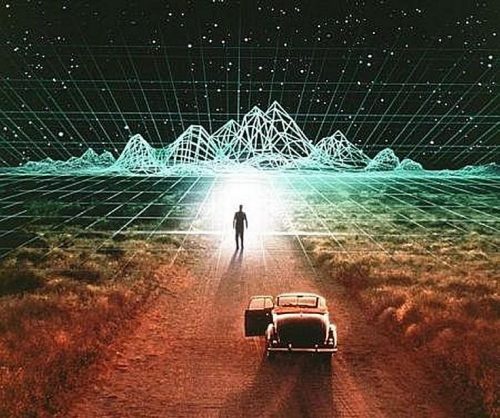 And sometimes, just sometimes, you can drive as far as possible in hopes of seeing if there is an end in sight out there.

“Saw things clearer… once you… were in my… Rearview Mirror!”