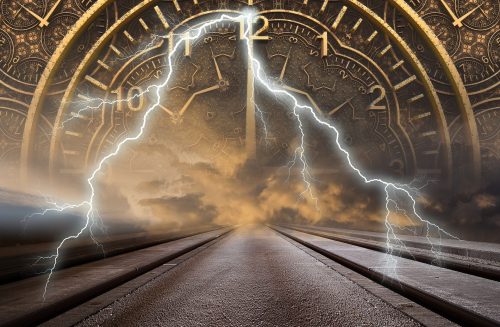 Image by Pete Linforth from Pixabay

There is a scene in the movie Before Sunset, where Ethan Hawke is talking about this idea of a song being able to transport you back to a particular moment in time. That in a way, the song is a time machine because it allows you to experience something from long ago almost as if it is happening in that moment. A bridge between two times.

It is a wonderful idea that I’ve seen mentioned in other places since, and while I agree that music can do that for me as well (and may be a future blog if I remember), I have another way to track time within my own life:

Comics are truly my time machine. Much in the same way that a song can take you back to an earlier time in your life, so too, do I see comics performing that task for me.

I remember distinctly the four comics which set me on the path towards readership, fandom, and loss of a closet in my current home (which my wife laments). $10 in my pocket for purposes of snack, drink, and possibly a magazine became a 10 year old looking over the newsstand rack in amazement. Before that moment, I don’t think I really knew “about” comic books or understood them for what they were. Weirdly I owned 2 comics prior to this (an issue of Transformers and an issue of Fantastic Four). To this day I’m not sure why I decided to get those four comics. Why I didn’t grab a Sports Illustrated or maybe even saved the money for a rainy day.

They called to me.

After that, it was over for me. I was hooked completely. In those early days every stray quarter, nickel, dime, and penny was scrapped and saved in order to have enough to buy a couple of books when I rode my bike up to the local convenience store. With no concept of shipping dates or even that comics came in weekly, I would go as many times a week during the summer as I could think of and return with at least one new comic no matter if I had left it on the shelf four times previous.

Now they exist as artifacts of different times. A reminder of what my life might have been when a particular issue or comic came out.

The afternoon I stopped by Chad’s house with my comics and neither he nor Egg would talk to me until I read the latest issue of The Flash so that we could discuss in great detail. This was during Mark Waid’s epic run.

Finding comraderi with a co-worker through a shared love of Moon Knight… even if he loved the original series and loathed the 90s one that was my introduction to the character (and therefore has a special place in my heart).

Those Saturday afternoons (with Egg) that I spent going to used bookstores looking to rummage around in various dollar bins and after seeing a copy of an issue of Firestorm randomly within remembered that I kind of dug that character back when he was on the Challenge of the Superfriends cartoon. Suddenly, I had a goal to get his complete run (and even more reason to visit all those shops).

Being able to hand my dad a stack of Legion comics or The Great Darkness Saga trade so that he could see how his favorite characters from when he was a kid were doing.

Randomly finding out about Valiant Comics being in our backyard (at Dark Adventure Con) and even though I knew very, very little about them or their books traveling to a local con where the number 3 comic company decided to come and roll out some special posters and comics. It made me a fan of those creators and those characters to this very day. 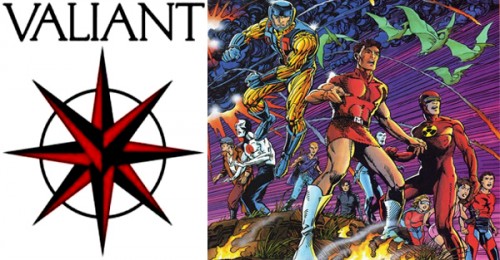 It doesn’t need to be a specific book (though, each of those stories has a particular comic that sparks the memory), but I think the reason I still love to collect and read these stories is because it connects me to myself. A different version of myself throughout 30+ years of reading about these various characters. I may seem silly to those on the outside, but they have become as much of a part of me as anything else has.

Now I find myself trying to create my own comics. There’s a hope I could leave others with a little more than they started with. A chance to expand how and what they perceive comics to be.
For older readers, a return to glimpse that young person who first clutched those comics in their hands and read and reread them on a daily basis.

A true connection to the past and a promise of the future.

By the way, The Crossing is now available for sale here!

In contrast to the deadly serious questions we’ve asked recently, we’re going to get scientific-lite.

Break out your beakers and glasses.

There and Back and There Again

You’ve been given a time machine.

It will work three times before it breaks.

When and where are you going?

Do you use the final time to return to your present life?

Suppose you’re given the chance to travel back in time to fight any one historical figure to the death.

If you defeat them, the course of history will be changed in accordance with their absence.

The fight will be hand-to-hand. Your foe will be in their prime.

Whom will you fight? 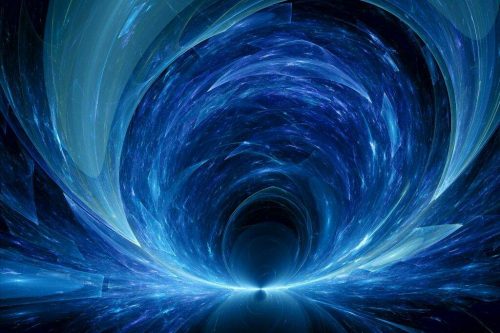