His love and collection of comic books began when he was 10, in a convenience store in Waycross, Georgia.  It wasn’t long afterwards when he started writing his first comic related stories.  This passion has continued throughout his adult life as he remains an avid comic book reader and collector.

In 2002, he was a founding member of Terminus Media.  It began as a writer’s collective in the back of the Dragon’s Horde Comic Book Store in Decatur, GA. Through the next decade Terminus published anthologies in which John was both an editor and contributor.

In 2010, John took the story telling skills that he has learned and applied them to the writing of novels and short stories.  His debut Novel: The Dark That Follows was published in 2013.

The Gilded Age, published in 2013, is his first on-going series.  Also published that year was Tiger Style through Arena Comics a four-issue limited series.

He also co-authored a Veronica Mars novella There is Something About Mac, with his wife Courtney, through the Amazon Kindle Worlds Program in 2014. In 2017, they released their second novella Theft and Therapy.

An Index of some of his Writing, Comic, and Short Stories can be found here.

A college student whose life has become entangled in black magic…

A girlfriend who is no longer sure who to trust…

The only difference between Jason Mills and every other Fortune Teller in town is that when he tells people about their futures he doesn’t need to make anything up.  With a touch, his mind is flooded with visions of what may come.  Am I going to fall in love… am I going to be rich… am I going to get that promotion…  Until the reading that shows him only a void, as if the future has been wiped clean for one person.

As all futures begin to unravel, Jason begins to realize that the young man who began this prediction may be more involved in this Dark outcome than he could imagine.

That his ability is as much a gift as it is a curse.

His gift of future sight has put him on the radar of some very powerful beings.

Drawn into a web of secret societies, Black Masses, and beings of immense power, Jason races to determine the truth behind his visions in order to save his own future from being wiped out.

The debut novel from John McGuire, The Dark That Follows is a supernatural thriller now available on an ereader near you.

Welcome to the world of The Gilded Age.

1877.  The full dawn of Industrial Revolution has collided with the twilight of the age of magic and alchemy, leading to a most curious progeny: self-aware clockwork men. Man-made machines, with clockwork gears and steam-powered joints, serve man even as the followers of the old ways continue to nurse growing resentment of these new creations. Their continued development and growing self-awareness have pushed society to form the Mechanical Movement.  This organization, led by Pope Engineer III, sees these creatures as little more than complex machinery geared toward particular tasks.  In their view, any human who would defile their bodies with metal parts should no longer have any place amongst the purebloods.  Opposing them are the Protechnicals, who push for coexistence with and equal rights for both the mechanical beings and the humans who have “polluted” their bodies with artificial limbs.

For More information on The Gilded Age visit http://www.terminusmedia.com/comics/guilded-age/

You can buy The Gilded Age at Amazon  for your Kindle or Kindle App and at Comics Plus. 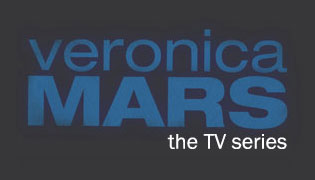 From the world of Veronica Mars comes a novella featuring Mac.

After graduation from Neptune High, Cindy “Mac” Mackenzie reconnects with the Mother she was separated with at birth. When her younger biological sister goes missing from a summer college prep camp, Mac’s called in to lend a hand in order to track down Lauren Sinclair.

The Veronica Mars novellas There is Something About Mac and Theft and Therapy are available through the Amazon Kindle Worlds Program.

Akil King is a young African/Chinese-American man trying to figure out his place in world. The youth center where he works is about to close. A week ago he was placed on academic probation for failing grades. Yesterday his landlord threatened to evict him. The solution, to all of this, is easy… steal from the drug dealers, give to the Center, and maybe take a little something for the effort. And thats when everything goes wrong…
There is a thin line between living and existing, which will you choose?