I’ve only been home from ChattaCon a few days. Those first two days were spent catching up on emails and sleep. I’m still working my way through my inbox but I’m nearly caught up. One of the challenges of attending conventions is keeping up with obligations that don’t go away just because you’re out of town. As many artists do, I have numerous responsibilities I juggle beyond my own art. Wednesday was posting day for the Bird Whisperer Project. I had to create the banner for the next Changeling Artist Collective auction and begin enticing our artists to participate. Plus, I’m running a Kickstarter for a limited edition enamel pin! Now, I’m taking a moment to look back at what was a fantastic start to the new year.

Last weekend was the 44th ChattaCon in Chattanooga, TN. My friend, artist Charles Urbach was the Artist Guest of Honor, alongside Timothy Zahn, the Author Guest of Honor. Can you guess the theme of this year’s con? That was no moon in the skies over Chattanooga last weekend!

Wow… The 1926 building recently underwent extensive restoration (parts are still unfinished). Staying here is an experience whether you’re attending a convention or just getting away for the weekend. 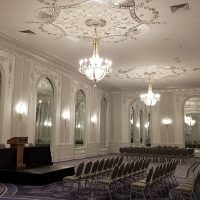 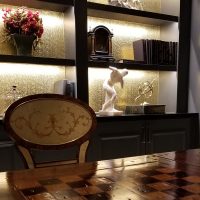 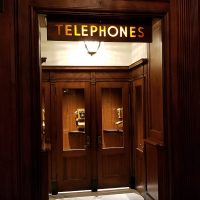 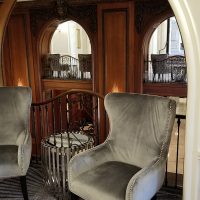 You can read more about the history here: https://en.wikipedia.org/wiki/The_Read_House_Hotel

Every inch of the hotel was stunning, a work of art on its own. Sunday they did have a small hiccup with the elevators, but this only added to the experience. I ended up needing to take stairs down from the hotel room and ended up in an unfinished part of the hotel. It was tempting to explore, but I needed to get to a panel.

I also may or may not have seen a supernatural occurrence… 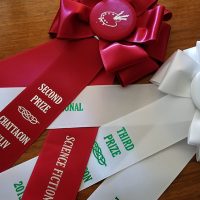 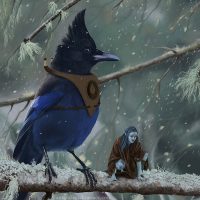 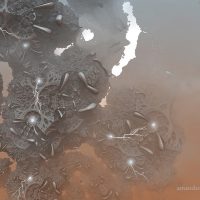 Ironically, I wasn’t originally planning to bring Remnants to the Art Show. It ended up being a backup piece when another sold. At the time, I was disappointed. Now? Not so much! If I could have done anything different with this show, it would have been to bring more art. I was caught a bit off guard this winter when I realized how much I’d sold at my last two shows (IlluxCon and DragonCon). Sometimes that’s unavoidable. Selling art is a good thing! I sold a few more pieces at this show, so I have my work cut out for me in February.

Next month I’ll be preparing for two March events. Maybe I’ll share a few photos from the chaos of con prep. I’ll also share some of my personal tips for running a vendor table at a convention, which is what I’ll be doing at both events.

I’ve added two new events since I last posted. I’ll be returning to the IlluxCon Showcase in Reading, PA (October 25th & 26th). Brand new to my calendar is Conjuration, November 15th-17th in Atlanta, GA. I’ll be sharing more on these in the future.

Amanda Makepeace is an award winning illustrator inspired by nature, mythology, magical beings, and distant worlds. She is the co-founder of the Bird Whisperer Project, a monthly art challenge focused on spreading the the love of birds and art making for everyone. Her art has appeared in ENnie award-winning games and on the covers popular independant novels and anthologies. Her latest project is the cover art for the Long List Anthology Volume 4, a book featuring Hugo nominated stories. Amanda is a regular at Fantasy and SciFi conventions in the southeast, and an award winner at JordanCon, DragonCon, ChattaCon, and LibertyCon. http://www.amandamakepeace.com
View all posts by Amanda Makepeace →
Tagged  art show, ChattaCon, Chattanooga, convention, fantasy art, Science Fiction, Star Wars.
Bookmark the permalink.