Break out the fake hacking, techno, martial arts, and black leather! Why a Matrix relaunch could work.

I’m a huge fan of  The Matrix, and from a creative side of things, an even bigger fan of the overall universe/ concept of the property. On the other side of things, I’m lukewarm to outright “will turn the movie off because I’ve been bored to tears” when it comes to Matrix: Reloaded and Matrix: Revolutions.

The movie, along with a few other creative sources, propelled me into my career as a writer of all things super heroic, epic, sci-fi, and all around kick ass.

So when I heard that Warner Brothers was giving some thought to possibly restarting the franchise, I thought I’d just share a few opinions. Really trying not to rant here.

There’s enough of that on the internet, so call this a “calm laying out of ideas/ thoughts”.

Original Recipe or Crispy is the true answer we seek……

-In the second movie Col. Sanders, I mean The Architect, established that there had been other “One’s” in the vein of Neo.

He explained that fights/conflicts like the ones of the Matrix trilogy had happened before, suggesting that this was sort of an endless loop.

So like it or not, the Wachowski’s left the door open for more stories to possibly be told for a concept which they no longer completely own (when they sold the idea to New Line Cinema/ Warner Bros.).

Unless they signed a kick ass deal which put the complete rights of the franchise in their hands, then WB always had the possibility of telling more stories in this universe without them, and they inadvertently (or maybe that was their plan from the beginning) provided a really solid jumping off point for future stories to be told.

It would be nice for Warner Bros to bring them in on a creative front, but legally speaking, they probably aren’t obligated to. Definitely sucks, I know.

Or not, which leads me to my next point……

-As much as I love The Matrix (one of my favorite movies of all time and a trend setter for modern sci-fi film) the subsequent sequels were a’ight to just horrible. I’m not a huge fan of the Animatrix as a whole. Enjoyed some of the shorts. Others just weren’t my cup of tea.

So any other stories that could be told in this universe, which is extremely expansive, should be told probably by someone else.

I like Sense 8 well enough, and even enjoyed that Channing Tatum roller skating in the sky space opera movie they directed, but with the subsequent Matrix sequels and other movies they’ve directed since then (though I hear Speed Racer has a cult fan following) I’d rather have them on as producers, or hands off, sort of in the vein of Lucas and the current round of Star Wars. 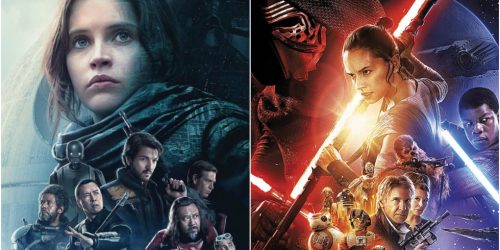 The Star Wars franchise has hit an all time creative and pop culture high with handing off the reigns to other creators, examples including Rogue One and Star Wars: The Force Awakens

-There are some awesome creators who can tackle this material in the form of screenwriters and directors who could kick ass in this universe, and I think they deserve a chance to tell stories set in the world of The Matrix. Once again, look at the Star Wars franchise, and the hiring of such modern/ talented storytellers as J.J. Abrams, Gareth Edwards, Rian Johnson, Phil Lord and Chris Miller to continue to expand this universe.

Heck, I’d be up for writing an expanded universe comic for The Matrix.

Warner Bros: hit a dude up. 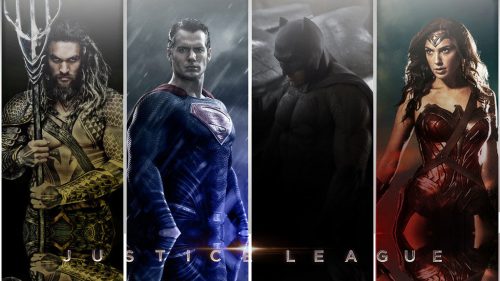 -I think between this possible relaunch and the burgeoning Harry Potter film-verse restart with Fantastic Beasts and Where To Find Them, I feel that Warner Bros. is trying to get a viable franchise in their hands because the DC film-verse is currently just not cutting it.

Though the Matrix movies steadily got bad in quality, they still made a crap ton of money, and that’s all these studios care about.

-Lastly, don’t do a reboot. Just pick up with another The One as suggested by Col. Sanders. Create a new story, new conflict, higher stakes, etc.

That’s about all that I have. Just a few opinions.

Robert Jeffrey II is an award winning journalist whose work has appeared in such publications as UVC Magazine, JaDore Magazine, BlackSci-Fi.com, and The Atlanta Voice Newspaper. He is currently the Editor In Chief for BlackSci-Fi.com. He is a regular contributor for the Tessera Guild, and his comic book work includes client work for the Centers for Disease Control, and Nitto Tires. His comic book writing includes work on such award winning/ nominated series as his creator owned series Route 3, Radio Free Amerika, Terminus Team-Up, and Soul of Suw. He’s yet to fulfill his dream of pop-locking to save a community center. Head to his website at www.robertkjeffrey.com, and you can follow him on Twitter @SYNCHRKJ, Tumblr @robdawriter , and Instagram @robertk.jeffrey.
View all posts by Robert Jeffrey II →
Tagged  film, filmmaking, movies, reboot, The Matrix, the matrix: reloaded, the matrix: revolutions, wachowskis.
Bookmark the permalink.