This year I think I’m playing the Grumpy Old Man.

That’s how I felt on Friday of Dragon Con. The little things adding up to just annoy and bother me. I’d like to think it was just a combination of things, but regardless of the individual pieces there was still enough there to last me until about 4:30 on Saturday. Luckily it all turned around shortly after that, and I was left with a positive taste in my mouth after the weekend was done. 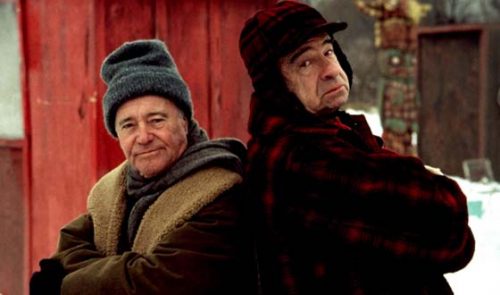 But let’s start from the beginning…

Actually, let’s start about two week’s earlier, because that’s when I tweaked my ankle, aggravating an old Achilles strain. Come Dragon Con, it was still hurting. Good thing I wasn’t going to have to do much walking or anything!

Friday morning we gathered the last of what we’d need for the trip to downtown Atlanta for the day. I had a couple of copies of my books and comics just in case (in case of exactly what, who knows, but I need to have them on hand more than I normally do). I go to the drawer in our desk where every other year I’ve placed the postcards Dragon Con mails out (effectively your ticket).

After another 30 minutes of looking with no luck, I checked the web to see what the procedure was, and while it wasn’t on the FAQ, it was on a Reddit thread from like two years ago (just present your Driver’s Licence and you’re good to go). So we drive down, find a parking spot, and then go over to Registration… where they can’t find that we’ve paid.

So now we have to go to the far side of the room where it seems one of the places didn’t turn in their registration forms last year. We don’t have a receipt because we’ve never needed to have a receipt. And I’m starting to wonder if maybe we didn’t preregister last year…

A minute later we have our badges and it is off to the Vendor’s hall.

Except, we get stopped about 8 people from being able to get in. It seems that they were already experiencing, at 2:30 on Friday afternoon, capacity issues and don’t want the Fire Marshall to shut them down, so we have to wait. Now this isn’t a big deal except that the Vendor’s room has been open for only 1 1/2 hours and they are having this issue. On Friday.

We make the pact not to bother to come this way on Saturday as I could only imagine how long the line to get in might have been.

30 minutes later we get in, do a quick walk through of one floor of the vendor’s room, before we have to go upstairs to the CDC Panel that I’m actually a part of (second time I’ve been on any kind of Dragon Con panel!). The panel was focused on the motion comic web series I helped write KABI Chronicles (check out all 7 episodes!).

(I plan on doing a full post about that whole experience soon.)

As to the panel, other than wishing more people had turned out, it went well enough. And afterwards we did another pass of the vendor’s room before heading out to eat. 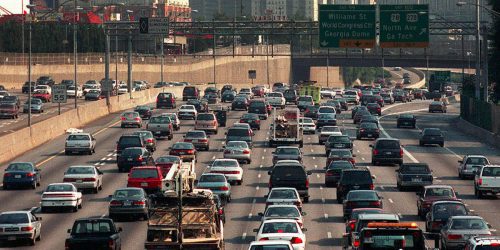 All these people coming to Atlanta during Labor Day Weekend!

Now, here’s the thing. In Atlanta on Labor Day weekend, you have tens of thousands of people descending on downtown due to Dragon Con, the Chick-fil-a Kickoff Football game, AC-DC had played on Thursday night, and probably a bunch of other things I’m forgetting at the moment. So normally getting into a restaurant can be a bit of a pain. But not this night. Somewhere, the convention gods smiled down on us and said that Hooters would get us seated in about 15 minutes.

And then 45 minutes later we had to inform a manager type person that we still hadn’t gotten our food.

Why didn’t we tell the waitress? Oh, that could be because she’d disappeared for most of that time. And then, after the manager offered us free deserts to smooth things over, she tried to charge us for those as well!

That was enough for us, so Court and headed home, where I began to realize that I wished we’d actually had a room downtown so that I didn’t have to make that 40 minute drive again.

Saturday started fine, but nearly the last straw was trying to get into the Flash/Arrow panel. We decided not to try to play the epic game of “where does this line actually begin” but instead just wait until those people got inside, and then if there was room we’d go in (not wanting to screw anyone over here).

The problem is that Dragon Con puts these panels 30 minutes apart. But instead of loading the room as soon as the previous one is cleared, they waited until 5 minutes before the panel’s start time to start letting people in. By minute 20 of the panel people in that line still hadn’t finished entering.

Had I actually been in the line and missed a third of the panel because of incompetence, I might have lost it on someone. As it was, we opted to go and check out something else for a little while.

Oh, and to the lady who was taking her time walking in the line… not hobbled or anything, just acting like she’s got all the time in the world – you’re not only holding up the rest of the line, but you are going to see a panel featuring stars from the FLASH, not slow-poke Magoo! Pick up the pace!

Then things took a turn for the better…

But that is a story for next week.