A Thought for Every Thursday – Thunderbolts from Above

I call this little series of questions The Adversary.

In most major religions across the world, the primary god or goddess is typically a benevolent or sometimes even an actively good figure of power.

They care. They want the best for their creations. They have positive feelings toward humanity.

What if that assumption is completely off-base? What if humanity, in its infinite fallibility, has mistaken the intentions of its creator(s)?

With that in mind:

If there is a god or gods responsible for the creation and guidance of the human race, do you suppose:

…it’s possible this being is less than the benevolent deity described in several major religions?

…it’s possible this being might not have humanity’s best interests in mind?

…it’s possible this being might one day reject its creations?

…it’s possible this being has a dark purpose in store for us?

Well? What are your thoughts? 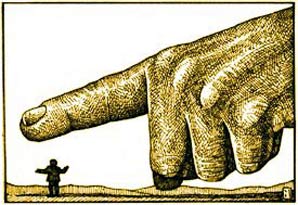