A Thought for Every Thursday – What’s in a Heart?

What’s in a Heart?

What’s a gesture worth?

What’s the value of symbol, an image, or an idol?

If you think about it, we’re surrounded by symbols. They’re on our cars, on our sports team logos, on businesses, roads, and flags.

Some of these symbols appear to be of more importance than others.

Like how the McDonalds arches are more widely known than the Maserati ‘M’.

Or how the US flag is always hoisted higher on the pole than the others.

Human gestures can also be symbolic. Like remaining silent during a somber moment, flipping someone a middle finger, or standing (or not) during a ceremonial moment.

These symbols and gestures are obviously important to many people, otherwise no one would be up in arms whenever someone else didn’t observe the popular protocol.

Let’s talk about that.

If a person remains silent during a somber moment, does it really, truly imply their respect for the moment? Given how our thoughts are our best-kept secret, is it possible many (or even most) people are thinking about something completely unrelated to the moment at hand?

What about symbols such as military standards, sacred buildings, and flags? If a person stands at attention (or otherwise appears to pay their respects) does it really reflect what’s in their heart?

Is it possible that many of the people giving apparent respect don’t actually give a damn? Is it probable?

And if it were true that some of the people who appear to give respect don’t actually care much about whatever’s happening in the moment, does that mean we’re kidding ourselves when we praise the appearance of respect and turn our noses up at the apparent lack of it?

Because it’s what lies in the heart that really matters, right?

Gestures and symbols are nice things to have, but do they really have the meaning we think they do?

Also…when’s the last time you stood at attention before a symbol (a building, a flag, etc) when no one else was looking?

I don’t know the answers.

Which is why I’m asking you. 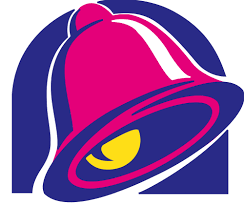