Egg Embry has been writing about the 5th Edition Dungeons and Dragons campaign set in Middle Earth (by Cubicle 7) here and here and here. However, he hit a bit of a snag as either he wasn’t paying attention during the character introductions portion of the first adventure, or I made such a boring character that it has left no discernable impression on his aging mind. To spare my own ego, I’ll assume it was the latter. As such, he’s requested that I provide a backstory for my character Finn of Gondor.

But that would be too easy.

You see, I’m of the firm belief that you don’t really know your character until a few sessions into the game. Oh, you have an idea on what you want to play. Maybe it is why you picked the Race and/or Class. Or maybe you had a backstory already made up and wanted to use it to inform your characters actions. Or you might have a whole idea for a character arc in your mind and this is just step one out of twenty to get you to where you want to be.

With Finn, I’m still figuring certain things out about him. The things we know about him are that he is a 17-year-old human. The chain armor shirt he wears appears a little big on him (as does his clothes, his cloak, and probably his shoes as well). He’s quiet. Unsure of his place in the world and with the group. A group where being a human alongside a Hobbit, an Elf, and a Dwarf sorta makes him the odd one.

In game terms, he is a Wanderer (which for those who have ever played D&D would recognize as a Ranger). But this is someone who hasn’t learned everything he needs to know. The abilities that one gains as they rise in levels must feel earned (in my mind), so I’ve tried to have Finn make sure to study the other characters, whether it is in battle or hunting or tracking or anything else. His eyes are open, ready to soak in as much knowledge as possible. My hope is that since Adventures in Middle Earth is set up to have downtime between adventures (a Fellowship Phase), that I can grow with him as I learn more about the world through his eyes.

As to his backstory itself… well, I’m keeping parts of it close to the vest. So instead, I present 3 possible backstories: 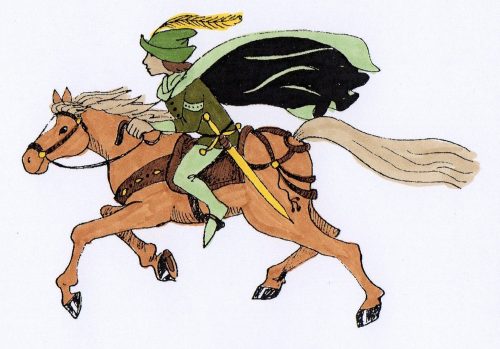 Finn of Gondor is the fourth son of a low level noble just outside of Palanir (the capital of Gondor). Two of his older brothers, upon coming of adulthood, have taken their place to watch for the Enemy along the border. While things had been somewhat quiet prior to the Battle of Five Armies (5 years ago), there has been more and more activity from the humanoid races.

Finn had a year to go before it was his turn to join them on the border when word had come back that his third brother, Colin, had died from a bandit attack while travelling to Lake Town. Finn’s father, Dervorin, unable to leave himself, was forced to send Finn to help establish connections and handle family business within Lake Town… which is what Finn was doing when he encounters the others. 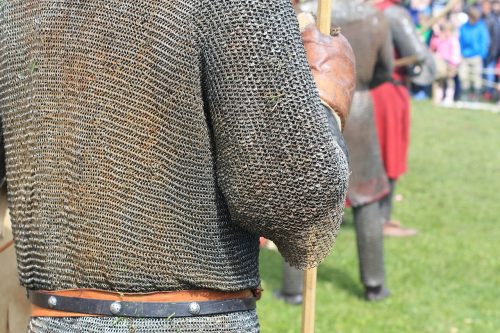 Finn of Gondor is not the fourth son of a low level noble just outside of Palanir (the capital of Gondor). He has no older brother. In fact, he has no siblings at all. His father is not Dervorin.

Finn of Gondor is the only son of a servant woman named Morwen, who works in the kitchens of Dervorin’s House. She has served the family as best she could over the years, and they have treated her well enough. Finn, when he wasn’t busy with his daily chores, spent his free time watching the sons of Dervorin learn the way of the sword and the bow. He watched them ride horses and was part of the hunting parties when such things were called for (where his duties consisted of trying to ensure no one’s thirst became too great).

He, like many others not born into wealth, dreams of something more than four gray stone walls and the livestock surrounding it. Finn wants to see the world. He doesn’t know what his purpose might be out there, but it has to be better than the one he was currently tied to.

His clothing, weapons, armor… all stolen from Dervorin’s House.

His mission in Lake Town… white lies to try and get him a leg up in the world… which is what Finn was doing when he encounters the others. 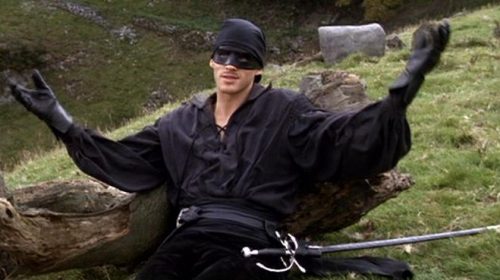 Finn of Gondor is not the fourth son of a low level noble just outside of Palanir (the capital of Gondor). He has no older brother. In fact, he has no siblings at all. His father is not Dervorin.

Finn of Gondor is not the only son of a servant woman named Morwen, who works in the kitchens of Dervorin’s House.

Finn of Gondor is neither rich nor poor. He’s had no family and had a family of dozens.

Indeed, Finn is not even his real name…

A son of Gondor was killed by bandits, though whether he had three brothers or whether his father was named Dervorin… Finn of Gondor does not know. The bandits took Finn in a long time ago, took pity on him, and allowed him to stay with them for protection. They did things that he did not participate in, but he was as guilty since he didn’t leave. He didn’t know how he could.

And then the son of Gondor was killed by bandits. His armor and weapons and clothes just lying there… waiting for someone to claim them.

He made his way to Lake Town in order to lose himself in the real world. Make something better than he had before… which is what Finn was doing when he encounters the others.

So there you go… the backstories of Finn of Gondor. One of them is likely correct and the others falsehoods.

Writer of comics and novels. In 2006 his first short story "The God That Failed" was published by Terminus Media in their debut comic Evolution Book 1. Since that time he has had stories published in Terminus Media's Evolution Book 2 and Evolution Special, Kenzer and Company's The Knights of the Dinner Table, and Four J Publishing's The Burner #3. Currently he is eagerly awaiting the digital publishing of his first creator-owned comic The Gilded Age #1 to be published online as well as his first novel The Dark That Follows later this year.
View all posts by John McGuire →
Tagged  Adventures in Middle-Earth, Cubicle 7, Dungeons & Dragons 5e, Play Review.
Bookmark the permalink.