Behind the Comic – Last Stand

I was fairly new to this whole writing thing when I stumbled upon the guys who would eventually become Terminus Media. I talked a lot about writing. I talked about ideas that I had. I thought about ideas and stories and characters… all the time.

But I never did much more than sit down and write a couple of pages here or there. It just seemed too daunting, I guess.

When I first landed with the Terminus guys we talked about writing a screenplay. One of the guys in the group said he might be able to get something in front of someone who knew someone who knew…

So we brainstormed ideas together. We talked and came up with an idea for Smallville (a Superman show on CW for those who missed its 9 to 10-year run). I wrote about that script and the episode that was made here.

The floodgates opened. And then the comics came.

We did a couple of anthologies where I got to first hold something in my hands that included MY IDEAS. And the thing is once you get that taste you go one of two ways. You say “Ok, I’m glad I did that THING, but I am ready for something completely different.” OR you say “This is AWESOME! When are we doing the next one?” 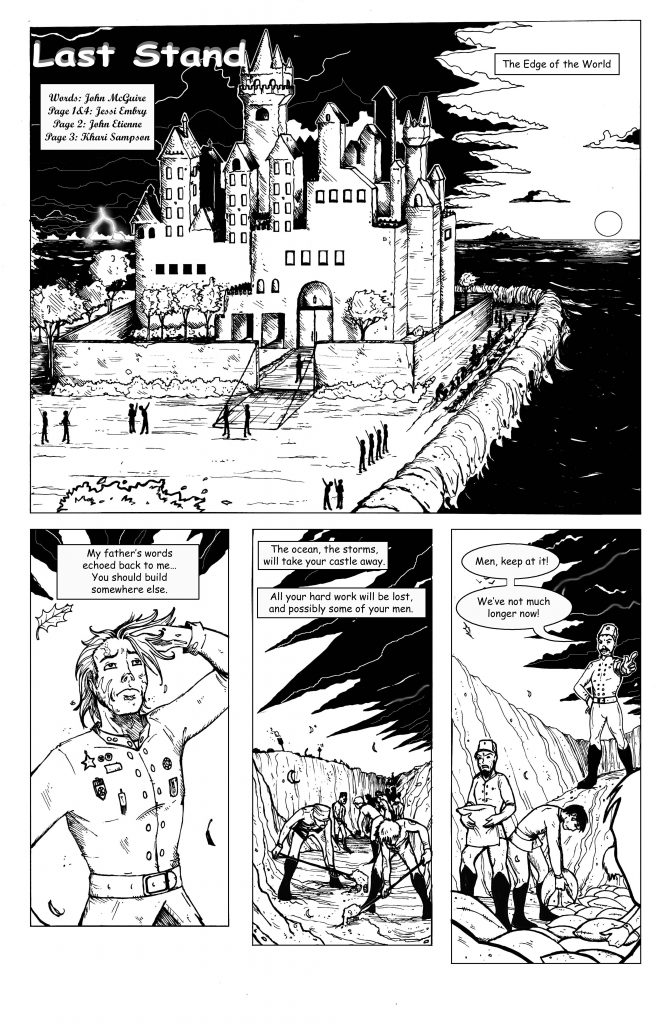 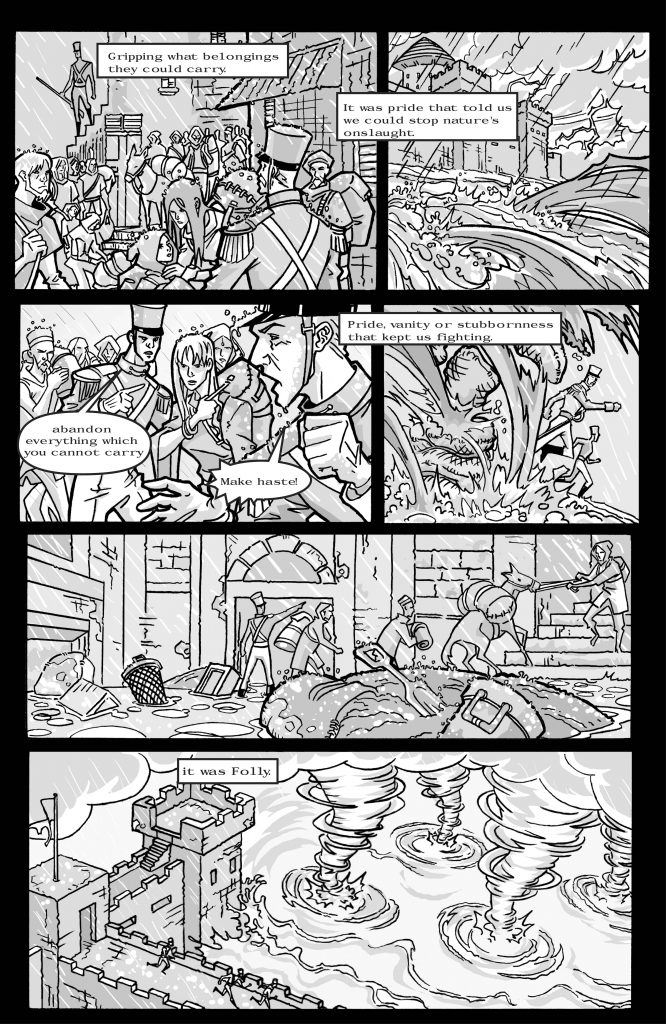 And you suddenly start looking outside the group. We self-published those anthology comics, so now it became time to try to get a story in someone else’s comic. A little bit more validation never hurts.

And then an opportunity came in the form of a Tsunami Relief comic book. The organizers were trying to do something for the 2004 Tsunami which hit the Indian Ocean and destroyed the coastal areas over there. So there was something to shoot for, a way to potentially help others and put another story out into the world.

I had this short story I’d written… not even sure what caused me to write it down. It wasn’t too long, about a thousand words, about a kid trying to save his sandcastle from the rising tide. I initially called it Sand (because I’m not great with titles, apparently?). I wrote it up and then promptly filed it away… and didn’t think about it again. 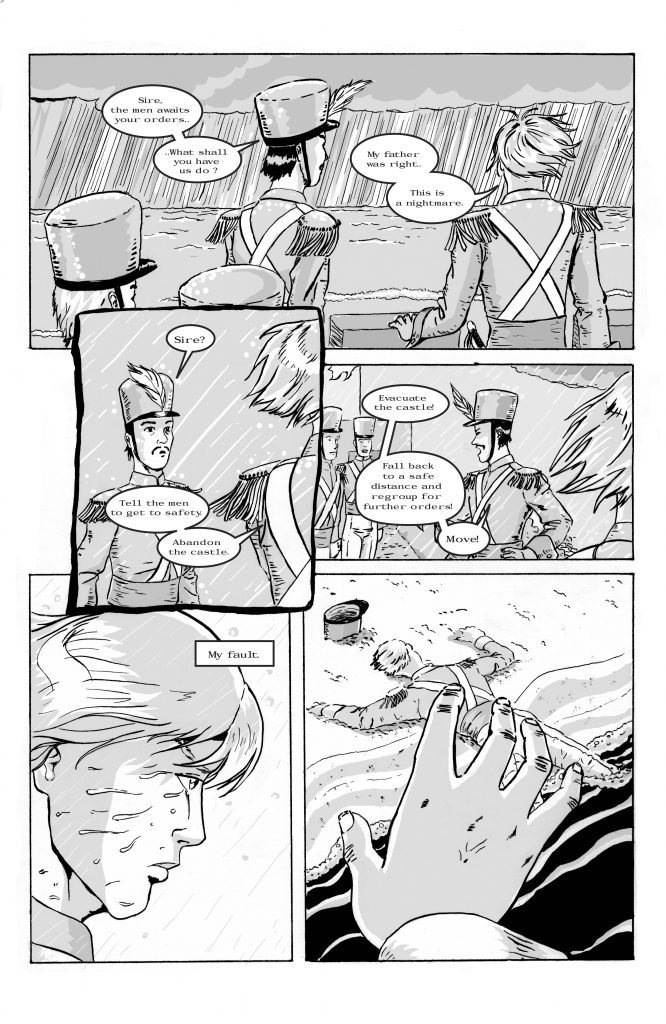 Until this charity book where it felt like it might be perfect for a 4-page comic. I went to a couple of the artists in Terminus Media as well as another artist and got them to do 1 to 2 pages for the story. And somehow this thing that was just a collection of words in a prose story became this imaginary tale about a medieval castle struggling against the oncoming weather which threatens to destroy it. Soldiers who are trying to save their homes…

And a boy who is trying to save the world he’s created.

Somewhere in there, I renamed the story “Last Stand” and with a little help, I got all the pages ready in time… and… I can’t remember if I never heard back or they turned me down or what. Either way, the story sat there without a home for five or six years. And it wasn’t until Egg Embry got the bright idea to do a self-published book of his own “The Burner” that Last Stand found a home in his issue #3.

What’s the moral? I don’t know. I hate when things are left in limbo. It bothers me to have these things that I’ve put effort into and then asked others to do the same. So maybe it’s perseverance? Maybe it is finding the right moment? Again, I’m not sure. But I am happy that Last Stand found a place to exist other than on my hard drive. 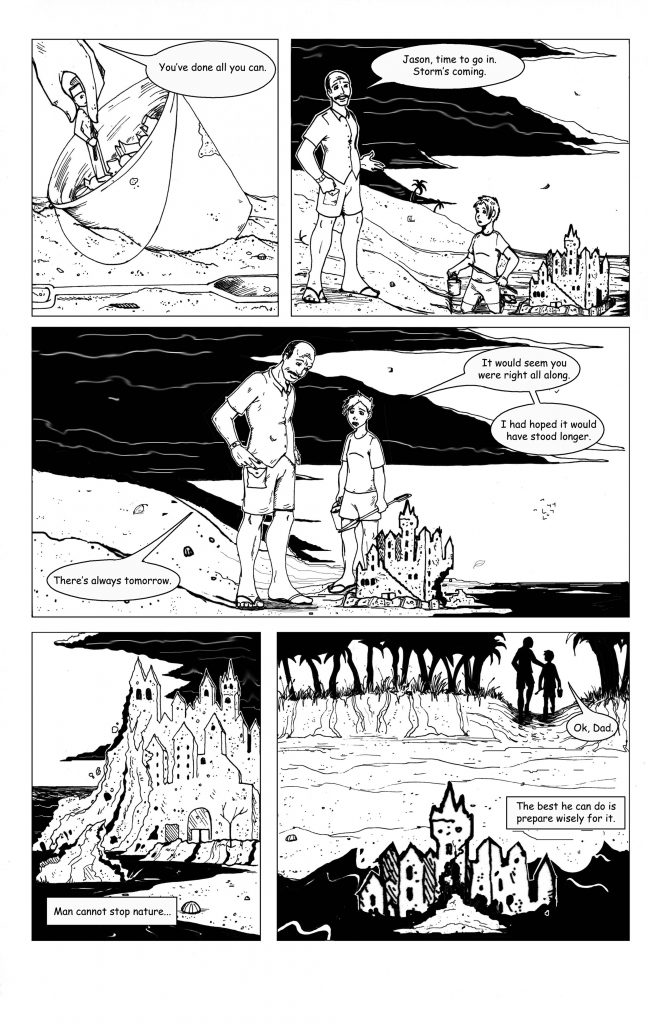 Writer of comics and novels. In 2006 his first short story "The God That Failed" was published by Terminus Media in their debut comic Evolution Book 1. Since that time he has had stories published in Terminus Media's Evolution Book 2 and Evolution Special, Kenzer and Company's The Knights of the Dinner Table, and Four J Publishing's The Burner #3. Currently he is eagerly awaiting the digital publishing of his first creator-owned comic The Gilded Age #1 to be published online as well as his first novel The Dark That Follows later this year.
View all posts by John McGuire →
Tagged  John McGuire, Last Stand, Short Story, Terminus Media.
Bookmark the permalink.