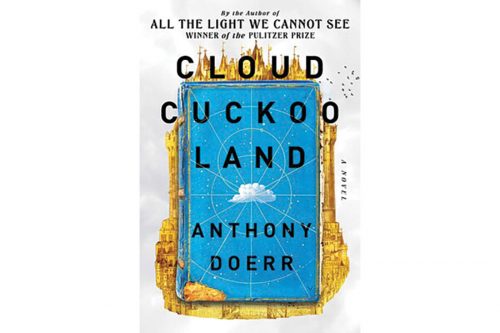 Normally, when I choose to read a book I have a bit of an idea of what I’m getting myself into. If I pick up a Stephen King novel, I have a vague idea of where he might lead me (likely some form of horror or in the case of The Dark Tower, a twisting weird fantasy/western that seeks to answer all the questions of the universe). George R. R. Martin and the A Song of Fire and Ice novels (fantasy worlds where the world-building involved will make you wonder if the author has the time to write a book in between writing histories for his world).

But the thing with a book club is that you aren’t always picking the book, so when my mother picked Cloud Cuckoo Land by Anthony Doerr, I decided to go in completely cold. I didn’t look up reviews, I didn’t look at a general synopsis for the novel… heck, I don’t even think I looked at the dust jacket.

I’ve read hundreds of books over the years. I like to consider myself a writer. So, I generally can get a good idea of where a story might be going. Not that I “figured out” all the twists or the big ending of a story, but more like “I bet that this character is going to do X thing and that will spur Y.” Nothing complicated, but you notice the familiar themes in stories.

I was about 50 pages into this book and didn’t know where we were going.

You see, the story takes place in 3 different time periods (during the Byzantine Empire, present-day, and then in the future on a spaceship). What in the world was going on? How in the world are these things going to connect?

I was about 150 pages into this book and still didn’t have a good feel for where we were going to end up. 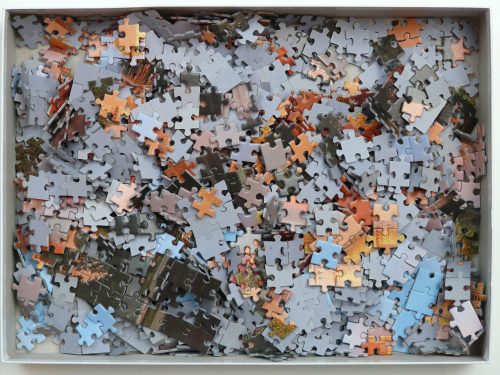 Now the saving grace to all of this is that Anthony Doerr can write his ass off. There is a lyrical quality to his writing that both amazed me and made me realize I could never write like that.  He draws you in with his 5 main characters where you are living their lives alongside them. It isn’t so much a reading but more observing the stories first-hand. Even if I didn’t know what the BIG IDEA of the novel was going to end up being, I still found the characters engaging. I cried alongside them. I rejoiced when they succeeded. And I puzzled at the mysteries they attempted to discern for themselves.

Near page 400, I began to see the threads connect in very real ways. That larger story began filling in along the edges. And while I wouldn’t want to spoil anything for anyone thinking about reading the book, some of the connections between the characters came as a nice surprise in both the ways they were connected and the ways they really weren’t. With something like this, with the multiple points of view, Doerr could have almost made them 5 different novellas and that would have worked as well (again, due to the writing skill alone). But by threading them together, I think he ends up with something that is so much more than the individual pieces could have ever achieved on their own. 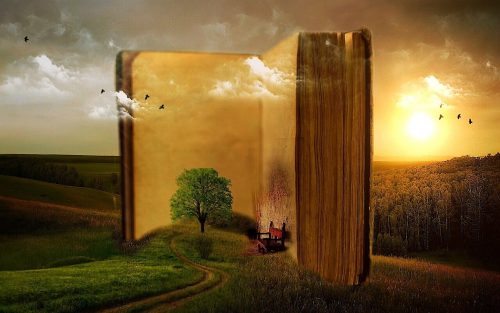 With Cloud Cuckoo Land, I learned that you don’t have to beat your reader over the head with the Big Ideas. You are allowed to let them breathe and maybe let the reader fill in some of the gaps on their own.

Writer of comics and novels. In 2006 his first short story "The God That Failed" was published by Terminus Media in their debut comic Evolution Book 1. Since that time he has had stories published in Terminus Media's Evolution Book 2 and Evolution Special, Kenzer and Company's The Knights of the Dinner Table, and Four J Publishing's The Burner #3. Currently he is eagerly awaiting the digital publishing of his first creator-owned comic The Gilded Age #1 to be published online as well as his first novel The Dark That Follows later this year.
View all posts by John McGuire →
Tagged  Anthony Doerr, Book Report, Cloud Cuckoo Land, John McGuire.
Bookmark the permalink.