Book Report – The Death of WCW

I started watching wrestling during the 80s. At some point, my sister and I discovered that on the UHF channel they’d show wrestling pretty much all day on Saturdays. There’d be WWF and NWA to bookend things, but in the middle, you got all sorts of regional wrestling shows with people that my dad recognized but neither of us had any clue. We watched the goofiness of GLOW (well before it became a Netflix tv show). We’d absorb it. We’d cheer for our favorites.

And we had no idea that it wasn’t real.

Then I didn’t watch it for many years, only to pick it back up in the mid-90s when I heard that Hulk Hogan had turned bad guy and the NWO (New World Order) was running roughshod over WCW (which I later understood to be basically the successor to those NWA shows I’d watched as a kid. Every week I tuned in.

And then I stopped again. I’m not sure if I grew tired of it or just faded out with it. Once in a while, I’d flip it on and see who was wrestling. I watched the last episode of WCW when WWE bought them. I watched handfuls of episodes of TNA Wrestling. And even watched WWE.

A couple of years ago I started back up (much to my wife’s chagrin). My nephew has tons of the figures and at the beach, we watched an episode of RAW (WWE’s flagship show). It was over.

Luckily, I knew it wasn’t “real” anymore, but I still like to watch. 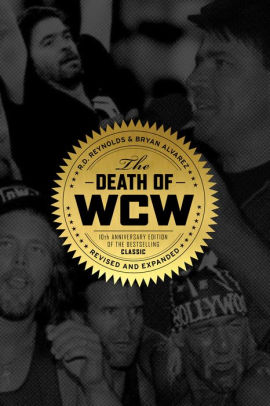 The Death of WCW by R.D. Reynolds & Bryan Alvarez is a history lesson and a cautionary tale. It is about making all the correct decisions for a short amount of time and then having it all come crashing down around you.

You see, in the 80s, the WWF was king. Everyone knew Hulk Hogan and Wrestlemania and Andre the Giant. They had a cartoon. Andre was in one of my favorite movies (The Princess Bride for those keeping score). But in the 90s WCW had a run where they took over and all people wanted to see was the NWO.

The book goes into the history leading up to this revolution. It talks about WCW’s roots within the regional wrestling business. How Ted Turner’s TBS Superstation made him want wrestling programming. And how with a few signings of talent from the WWF (Hogan, Kevin Nash, and Scott Hall), WCW became number one.

It walks you through the weeks. And as it did, I began to remember many of the matches talked about. One of the great things about wrestling is this ability to connect to your childhood through the championships and through the wrestlers who span the decades. Each backstage glimpse revealed answers to questions I’d long-since forgotten about.

If I had one complaint about the book it would be that towards the end you could almost cut and paste the words on the pages. WCW did this stupid thing and made this stupid decision and then doubled down on that dumb thing… but that’s not really the book’s fault. Those were the decisions being made by whoever might have been in charge at that particular time. I mostly found myself thinking (even though I know the ending… it’s right there in the title) “Surely they are going to learn from this mistake, right?”

And like a train wreck, you can’t look away and you want to keep reading if only to find out the next dumb decision.

Wrestling might be fake, but the decisions being made were very real indeed. If you are a fan of wrestling now or then, it is an eye-opening read to be sure. 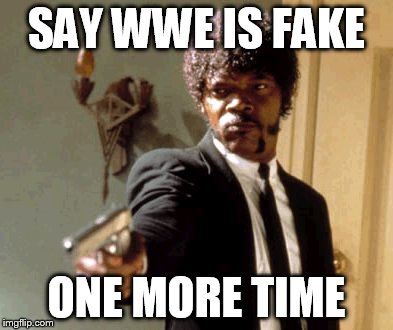 Writer of comics and novels. In 2006 his first short story "The God That Failed" was published by Terminus Media in their debut comic Evolution Book 1. Since that time he has had stories published in Terminus Media's Evolution Book 2 and Evolution Special, Kenzer and Company's The Knights of the Dinner Table, and Four J Publishing's The Burner #3. Currently he is eagerly awaiting the digital publishing of his first creator-owned comic The Gilded Age #1 to be published online as well as his first novel The Dark That Follows later this year.
View all posts by John McGuire →
Tagged  Book Report, death of wcw, John McGuire, Pro Wrestling, wcw, wrestling, wwe.
Bookmark the permalink.