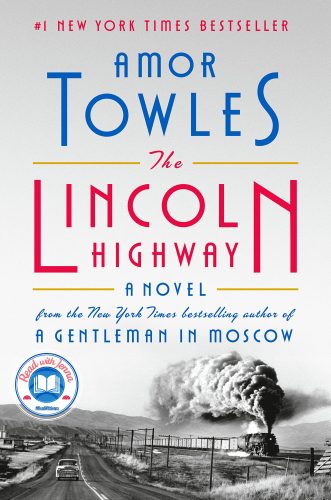 The Lincoln Highway is a book where the destination (the end of the titular Lincoln Highway) isn’t the important part of the journey. It gives the characters a goal, to be sure, but this is a novel about the obstacles and potential growth of the main players of the story.

Let me start by saying that I enjoyed the book overall. It definitely falls into that “Great American Novel” category which is one I don’t read very much (or at least not since college). However, there were some choices the author made that made me think about how novels and movies are structured and had me pondering whether or not they were techniques that added to the story or not.

So in that sense, this will be less of a book report and more of me pondering if something worked for me or not.

I definitely like to read for “enjoyment” purposes, but I’m also always looking for things that other authors do that I can learn from. One of those things that Amor Towles did in this book was he had two main POV characters: Emmett and Dutchess, but he wasn’t afraid to occasionally give one of the other characters the POV for a chapter or two in order to illuminate the story from a different perspective. Now, this ends up doing a couple of things, he’s able to show us exactly how others see our main characters and allows us to see a larger part of the world he’s trying to build.

The only problem with this is that in doing this, by spending that time on these other characters, do you gain more than you potentially lose? For example, in the book, one of the characters we meet is the author of a book on mythological and real (legendary) characters in which Emmett’s 8-year-old brother is obsessed. At one point, Billy ends up meeting this author, and it is a very cute scene. However, it ends up leading to a short chapter where this author is the POV character (showing where he ends up after his meeting with Billy). Again, it is a nice scene, but had it been a movie, I would likely expect such a chapter to end up on the cutting room floor. 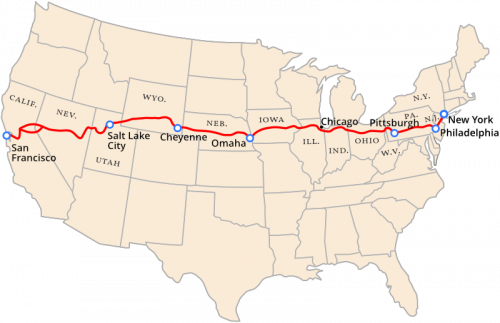 Of course, books are able to dwell into such things, they have the space to “breathe”, but I’m always wondering (when I’m writing) whether the chapter is advancing something? Is it advancing the overall plotline? Is it advancing a character arc? Or is there another purpose altogether? When I’m making edits, are these beats something important to the story or is it leading us down a tangent?

The Lincoln Highway had me asking those questions (among others) a couple of times. These side characters, while important to meet and understand, may not always need to have their own chapters. Especially when you consider there were 4 leads. Could some of that information have been shown through one of them? And if not, is the moment worth having?

The other thing Towles did was not use quotation marks when separating dialogue from the rest of the narrative.

“He shot him.” Terry wrapped his arms tightly around Jimmy.

However, in The Lincoln Highway, we get this:

-He shot him. Terry wrapped his arms tightly around Jimmy.

Now, when 99% of the things you read do things one way (use quotations) and suddenly you come across a work that does something completely different, it can be very jarring. And while I was able to effectively ignore it as I read along, I couldn’t help but wonder why change something if it isn’t broken. Because not having the quotation marks there sometimes made it awkward when you have a sentence like:

-What do you think you’re doing? Jimmy asked me. I wish I knew what was going on.

In the above sentence, the portion after the period… is that continuing Jimmy speaking? Is that inner narration from Terry?

Who knows? Because it effectively could be read either way.

“What do you think you’re doing?” Jimmy asked me. “I wish I knew what was going on.”

“What do you think you’re doing?” Jimmy asked me. I wish I knew what was going on.

So, I’m not sold on using new notation to do something worse than what we currently have. 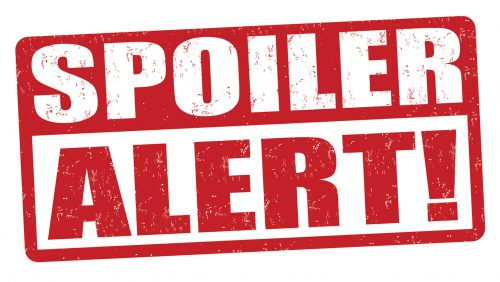 Finally, and this is a spoiler, so…

The book is set up as a journey to the end of the Lincoln Highway and a potential reunion with Emmett and Billy’s mother. And we never get there. In fact, we travel the other direction for the entirety of the book, and only effectively start at the New York City end of the Highway. Throughout, Emmett has a lot of inner turmoil involved with how he views his mother (who abandoned them before the book begins). And yes, had we gone to the end we might not have had a satisfactory meeting with her either. But it is another odd choice to build something up and then not deliver on the implied promise. It makes me wonder if there was a point in one of the drafts where the boys did reach the coast, and they did get their reunion. Maybe he just could never make it work?

Something else to keep in mind.

Writer of comics and novels. In 2006 his first short story "The God That Failed" was published by Terminus Media in their debut comic Evolution Book 1. Since that time he has had stories published in Terminus Media's Evolution Book 2 and Evolution Special, Kenzer and Company's The Knights of the Dinner Table, and Four J Publishing's The Burner #3. Currently he is eagerly awaiting the digital publishing of his first creator-owned comic The Gilded Age #1 to be published online as well as his first novel The Dark That Follows later this year.
View all posts by John McGuire →
Tagged  Amor Towles, Book Report, John McGuire, The Lincoln Highway.
Bookmark the permalink.