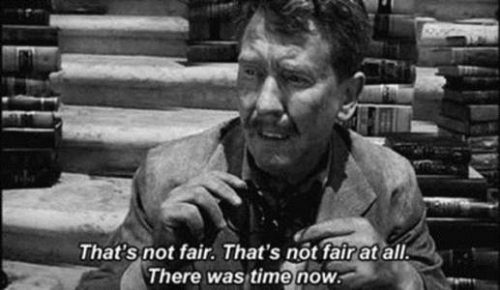 Me learning our SUV had been “Totaled”

And then it’s over. You didn’t even have time to prepare yourself for needing to shop for a new car.

That’s where I am this week after the unfortunate news that my wife’s Honda CR-V had some structural damage from a fender bender and the insurance company made the decision to “total” the car out. Suddenly we are a 1 car family.

I ran out of gas during my very first test drive.

Seriously, I ran out of gas with my mom in the passenger seat and the salesman in the back. We’d gotten maybe half a mile or so from the dealership when it started sputtering a little bit. I tried to compensate, I mean, clearly, it was my fault that the car was making these weird noises, right? I distinctly remember my mom saying “Just drive. You know how to drive, just drive.”

It wasn’t until the salesman leaned over the seat that he realized the fundamental truth: a car needs gas to run (or at least it did back in those days).

Cars are weird. I never have been a “car guy”. I know little more than how to start my car everyday and somedays I struggle to do even that. This is probably a stain on my family since my grandparents owned a junkyard for 40 years or so and worked on and around cars constantly. My dad built his first car.

I can nod along when other people start talking about engine size or horsepower or some classic car, but it is all a defense mechanism. Mostly I want until the conversation turns to sports again where I might be able to contribute to the conversation. 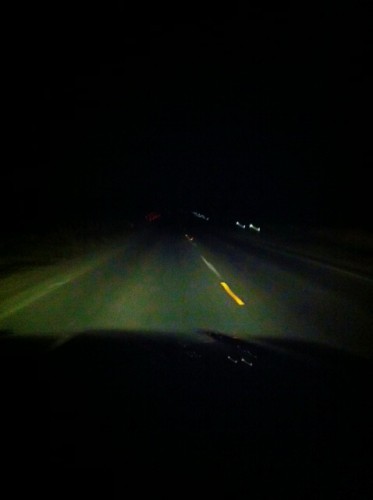 Now comes the stressful part. The search to find just the right fit. Too many miles? Too much money?

My current favorite: Find a great-looking deal on a dealer’s site. Write down all the information. Find out when you get to the dealership that particular car is actually at their other location, 40 miles away.

We’re already tired of looking and it’s only been 4 days. We just want to be done, but I’m also obsessed with finding that “perfect” one. You know the car that falls right in the sweet spot of price and miles and accessories and everything else. The one you do a legit double-take on, then ask yourself (out loud) “what’s wrong with this car”

The unicorn of cars.

I’m obviously being a bit glib above, but I do think there is something to a car being a part of a family. You make memories in it the same as anywhere else. I live outside of Atlanta, Georgia, which means that many times I feel like I’m living in my car on the weekends (pre-pandemic) running errand after errand.

I traveled back and forth from Richmond, VA to Atlanta, GA during my years at Georgia Tech during the various week breaks. I’d have a stack of CDs sitting in the passenger seat and rotate through them while I made the 8-hour trip. I’ve turned up Pantera as loud as I could, screaming along with the lyrics, that one time I decided to wake up early and get on the road. All to try and stay awake at 11 in the morning. I eventually found a rest stop and napped for about an hour.

So many post-concerts where my shirt was soaked through, trying to figure out the best way not to have it seep into the seats (and never remembering to bring a towel or something for the next show).

I held hands for the first time with my future wife while driving back from a Braves game. 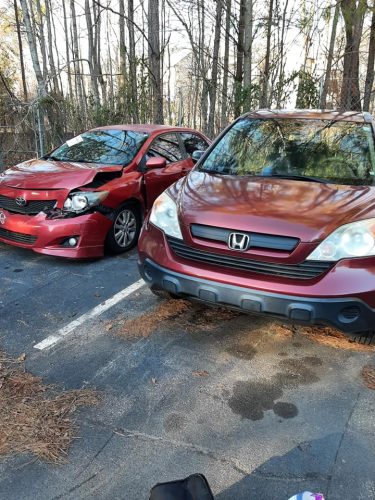 There are the big memories, but there are all the other memories where we just take it for granted. With this vehicle, I really thought we had 3 more years before we’d need to start going car shopping. With Courtney working from home, assuming some regular maintenance, there was no reason to think that would need to be a pipe dream.

Instead, last week Courtney had to clean her out, turn over the keys, and leave her behind. We only hope that maybe they can use some of her parts in other cars so that she might live on. She served us well. Was a great old gal, and we’ll miss her.

Writer of comics and novels. In 2006 his first short story "The God That Failed" was published by Terminus Media in their debut comic Evolution Book 1. Since that time he has had stories published in Terminus Media's Evolution Book 2 and Evolution Special, Kenzer and Company's The Knights of the Dinner Table, and Four J Publishing's The Burner #3. Currently he is eagerly awaiting the digital publishing of his first creator-owned comic The Gilded Age #1 to be published online as well as his first novel The Dark That Follows later this year.
View all posts by John McGuire →
Tagged  car shopping, John McGuire, memories.
Bookmark the permalink.