Casting for Down the Dark Path the movie 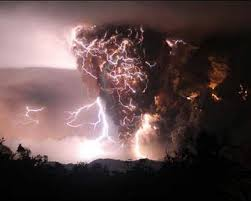 In the beginning, I dreamed a story.

The dream began deep below the earth. In a mine at the world’s bottom, I saw slaves chiseling away at obsidian stone, unearthing an artifact destined to destroy the world. The image remains as clear as though I’d dreamt it only yestereve. If I close my eyes, I can still smell the slaves’ horror…and the storm brewing. What they’ve done has doomed millions to die, and they know it.

It’s a far different opening scene than the beginning chapter of Down the Dark Path the novel. It’s raw, unedited, and perhaps the way the story was meant to be told.

Someday, hopefully not long from today, I’ll sit down to write the screenplay for DDP. I’m thinking a pair of movies, rated R, the type of films for the anti-Twilight, more-mature-than-Harry-Potter crowd. There’re be no one-liners, no slow walks, no good-guys-get-off-scot-free battle scenes. DDP the movie will get back to our 13th Warrior, Willow, Conan the Barbarian roots, with a little LOTR epic-ness heaped on top. Yeah, I know. Hollywood will laugh in my face. That’s ok. Doesn’t matter.

In order to make this thing happen, I’ll need actors. Good ones. Gritty ones. Believable for  a story about a world-ending medieval war ones.

And so…here’s my dream cast. 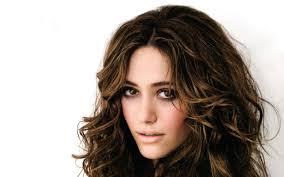 Emmy Rossum – I’m not the type to ever have celebrity crushes, but if I were… Emmy is beautiful, talented, and in every way perfect to play the role of Andelusia Anderae. Hers would be a tough role. She’d have to pull off the lone feminine hero in a war stuffed chock full of horrific male villains. I’d like to think she could handle it.

Henry Cavill – In the role of Garrett Croft, I’m not looking for the shredded Man of Steel guy (though I’m sure the ladies are). I’m talking about the subtle, reserved guy from The Tudors. He’s tall, his acting chops are solid, and he’s dangerous-looking enough to pull off the role of deadliest swordsman in the world.

Chris Pratt – If I were younger, handsomer, and infinitely more talented, I’d cast myself as the sarcastic, brooding, hopelessly head-over-heels for Andelusia Rellen Gryphon. But since I’m not, you get Chris Pratt. Honestly, this was the hardest role to fill.

John Rhys Davies – If I could go back in time and make this movie in the late 80’s, I’d pick Pat Roach (Willow’s General Kael, Temple of Doom’s huge Thugee.) But John Rhys is more than capable of growing a wild beard and playing the psychotic Emperor Chakran. No echoes of Gimli here. Just a Furyon with a sword capable of butchering millions.

Lee Pace – He played the wicked Thranduil in The Hobbit series, and even more recently, the diabolical Ronan in Guardians of the Galaxy. In Down the Dark Path, he’ll be asked to step up the evil even more. Playing Archmyr Degiliac (aka: the Pale Knight) will call for a quiet, sublimely calculating performance. Plus we’ll need a black wig and plenty of training with dual swords.

Conan Stevens – You know him best as The Mountain from Game of Thrones and Azog from The Hobbit. But in the role of Bruced (Broo-sed) Conan’ll be asked to play a cheery good guy with a penchant for beating evil’s ass. He’s seven feet tall. I’m sure he can handle it.

Daniel Southern – From The 13th Warrior, only one dude possesses the beardness and grumpy badassness required to play Saul of Elrain. Yep. This guy.

Jason Momoa – Much to every woman’s dismay, we’re going to ask Jason to keep his shirt on and grow a crazy/ugly beard. It’s the only way to play the role of Dacin of Dageni. But when you see him dressed in black Furyon armor carving his way through dozens of Graehelm knights, you’ll love him even more. I promise.

James McEvoy – Maybe…if we can get him to tone down the Scottish accent, we’ve got our diminutive warlock, Dank.

Sure, there’re plenty more roles to fill. I’ll need the vicious traitor, Nentham Thure, the wise, conflicted Furyon, Arjobec of Dageni, and the blustering, plaintive Gryphon captain, Marlos Obas. But that’ll all come later. Hell, by the time New Line Studios finally approves my pitch, a whole new crop of actors will be up to bat. My only hope is to get this done while Emmy is still in the biz…