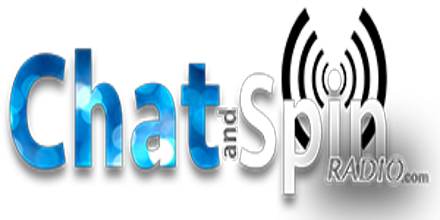 I never know what it is I’m doing in this whole marketing of oneself. It is a labyrinth of trying various things that mostly seem not to entirely work. Or you half fall into an opportunity and it works out better than you could have thought. Which, I guess, means that you must keep yourself open to any and all opportunities as they come along… without knowing where they may or may not lead.

As it so happens, I had the opportunity present itself this past Friday night via the good folks over at Chat and Spin Radio. From their website:

“We are a 24 hour, not for profit Internet radio station broadcasting over 7 years, covering the UK National & International audience. Giving you MORE MUSIC and MORE VARIETY.

We Broadcast National, throughout the UK & Internationally to many listeners per week. We interview Book Authors / Bands / Singers / Charities / Businesses / Groups. If you would like FREE PUBLICITY and to come on our station for an interview, then please contact us for more information.”

I found out about them through a somewhat random posting in one of the many Facebook groups I’m a part of where they said they were looking for authors to interview, an email back and forth, and before I knew it I was scheduled for last Friday.

Prior to the actual live interview, they had me come on via Skype and I chatted with Ron Clark (Station Owner). He walked me through the interview and basically prescreened the questions on me, which I believe helped as once we actually got on air, I felt pretty comfortable in doing it. Afterward, I spoke a bit more with both Ron and Ian Johnson (co-owner and advertising manager). And potentially, I should be able to get back on for another interview sometime in January.

So while I don’t know what will come out of the chat, I am grateful for any and all opportunities that may come my way.

If you’d like to take a listen to the interview, it’s about 6 or 7 minutes beginning around the 47-minute mark at the following link: Chat and Spin

And if you are an author, artist, or any other type of creative, reach out to the guys over at Chat and Spin for a potential interview yourself!

Writer of comics and novels. In 2006 his first short story "The God That Failed" was published by Terminus Media in their debut comic Evolution Book 1. Since that time he has had stories published in Terminus Media's Evolution Book 2 and Evolution Special, Kenzer and Company's The Knights of the Dinner Table, and Four J Publishing's The Burner #3. Currently he is eagerly awaiting the digital publishing of his first creator-owned comic The Gilded Age #1 to be published online as well as his first novel The Dark That Follows later this year.
View all posts by John McGuire →
Tagged  chat and spin, Ian Johnson, interview, John McGuire, Radio, Ron Clark.
Bookmark the permalink.