Comics on my Nightstand 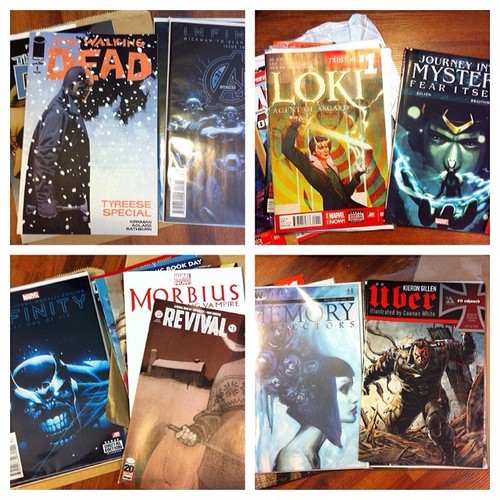 Marvel: I’m a Marvel fan. More than half the comics I sorted through were Marvel comics. That shouldn’t be any big surprise considering where my loyalties lie. (Did you catch the pun there?) However, I’m not one of those Marvel vs. D.C. fans. I don’t happen to read any DC comics, but that could change. What probably won’t change is my opinion of their movies.

Dark Horse: I’m also a Dark Horse fan. The first comics I bought regularly were Dark Horse comics. They will always have a place in my heart.

Kieron Gillen: Yes, I fell in love with hi storytelling through Journey into Mystery, but it goes beyond that. Gillen has that spark of greatness. If you like his Marvel work you should check out Über (more info below).

~ Comics on my Nightstand ~

I love my bedside table. It has a nook where I store the books and comics I read in the evenings. Below is a sample of the comics (paper comics) I’m currently reading. 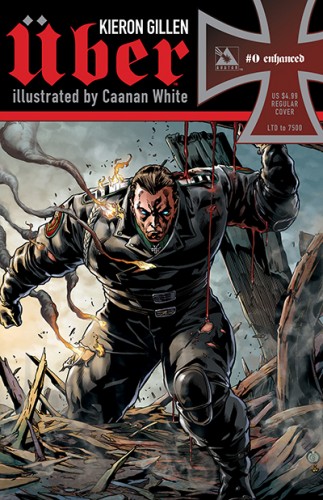 1945. Germany is in ruins. The war in the west can only be days away from ending. Threats of “wunderwaffen” to be unleashed by the dying Reich have become laughable. There are no miracle weapons here. It’s over. It has to be over. It’s not. There’s been stories which have mixed enhanced humans and World War 2 before. There’s never been one like this. See super beings in a whole new light as Gillen presents an epic new series that not only rewrites history, it redefines the genre. Superstar writer KIERON GILLEN (Invincible Iron Man, Uncanny X-Men) delivers a brutal alternate timeline tale of super humans first appearing during WW2. The Nazis have the Uber. The Allies don’t. (via Comixology)

I was lucky enough to buy one of the last copies of Über 0 – Enhanced, but I wasn’t as lucky when I reached issue no. 4. Now that Über is available via Comixology I may just buy digital issues. 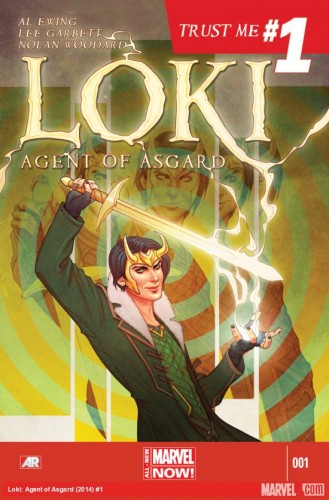 Old God – New Trickster! Kid Loki’s all grown up – and the God of Mischief is stronger, smarter, sexier and just plain sneakier than ever before. As Asgardia’s one-man secret service, he’s ready to lie, cheat, steal, bluff and snog his way through the twistiest, turniest and most treacherous missions the All-Mother can throw at him… starting with a heart-stopping heist on Avengers Tower – and the death of Thor! And that’s just the beginning! Would we lie to you? This is LOKI, true believer – we’re lying to you RIGHT NOW! (via Marvel)

You didn’t think I was just a Hiddleston fan, did you? I love all the Loki’s, even Loki in Thor & Loki: Blood Brothers! This brand new comic from Marvel doesn’t disappoint. Issue 2 is out next week! 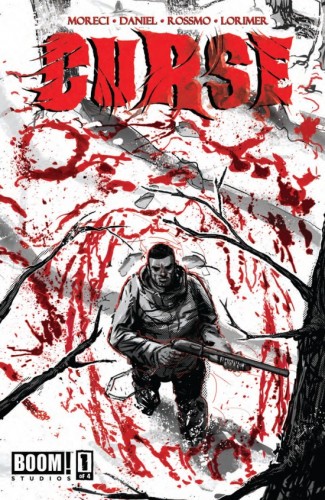 Laney Griffin is a man who will do anything to save his son from leukemia, but the cost of treatment has broken him financially. When he pursues an elusive murderer in the wilderness of his small, rural community, in the hopes of securing a substantial bounty, Laney is confronted with something he never could have expected: a werewolf. The captive lycan, in human form, turns Laney’s life upside-down, forcing him to confront his haunted past and race against the clock—because the wolf will return, and Laney’s son’s condition continues to worsen. CURSE is a story of a family’s survival at all costs. (via Boom Studios)

Issue 2 released yesterday. I still need to drop by my local shop for a copy. Mr. Comic Shop in Watkinsville is one of my favorite local shops and they set aside comics for me every month. 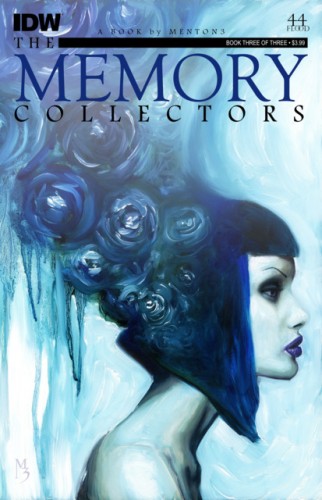 Three jaded fetish models are unexpectedly thrown into a violent world and made to confront a horrible and unperceived truth: Hidden among us are entities that feed on the very thing we hold most sacred, our memories. No longer content with their lives as hunted cattle, they become the hunters. (via Comixology)

Just reading that first part, ‘jaded fetish models,’ makes me question my sanity, but I love the art of Menton3. Sometimes I do buy comics purely for the art.  This series was only three issues, so I’ve been savoring it. I’ve already bought issue 3, but I haven’t read it yet. Soon.

As I said, this was just a sample. I buy every issue of The Walking Dead through Comixology but I also buy special print issues. There’s a special edition of Journey Into Mystery I’ll be buying soon and I’m looking forward to a new Alien comic from Dark Horse.

Amanda Makepeace is an award winning illustrator inspired by nature, mythology, magical beings, and distant worlds. She is the co-founder of the Bird Whisperer Project, a monthly art challenge focused on spreading the the love of birds and art making for everyone. Her art has appeared in ENnie award-winning games and on the covers popular independant novels and anthologies. Her latest project is the cover art for the Long List Anthology Volume 4, a book featuring Hugo nominated stories. Amanda is a regular at Fantasy and SciFi conventions in the southeast, and an award winner at JordanCon, DragonCon, ChattaCon, and LibertyCon. http://www.amandamakepeace.com
View all posts by Amanda Makepeace →
Tagged  Comics, Curse, Kieron Gillen, Loki, Marvel, reading, The Memory Collectors, Uber.
Bookmark the permalink.