Almost a year ago I wrote a post about how I was a part of the problem when it came to potential problems in the comic industry. I listed a myriad of ways that I consume my comics, but what it boiled down to was that the act of buying single issues of 30 comics a month has long gone the way of the dodo for me. -(see this blog post for more on that I’m the Problem).

In light of the recent layoffs at DC Comics (and across the greater businesses that own them), so many people want to point out the problems with the industry right now. They are ready to pin the problem on one or two reasons… which is really simplistic when you think about it. In almost any other company, when there are layoffs, it typically is due to many things. In fact, many times it might even have less to do with what is happening in the here and now and go back to something that was set into motion months (or years) previous.

The thing is, I don’t have any great insight either… not really. I’ve done a handful of independent comics. I know a couple of people who have done work for Marvel and DC. At the end of the day, I’m a reader and consumer of the product. And just like last year when the realization hit me that I might be (a part of) the problem, someone else posted something that made me start thinking about the current titles I get month in and month out.

The question was simple – if Marvel and DC had to reboot everything and you had very little information on what was going on with the relaunch aside from the titles, what comics are you almost certainly still going to read.

It made me think for a minute as there are comics over the years that I have loved in the moment, or maybe I collected for 200 issues, or maybe the title just keeps getting canceled on me every so often, but I still like to support it. There are those comics I like a lot, but maybe don’t read anymore because the creative team changed at some point and my interest waned. There are certain spots where a comic got relaunched and I used that as my jumping-off point.

What comics would I stick by no matter what in this weird/strange dystopian world? 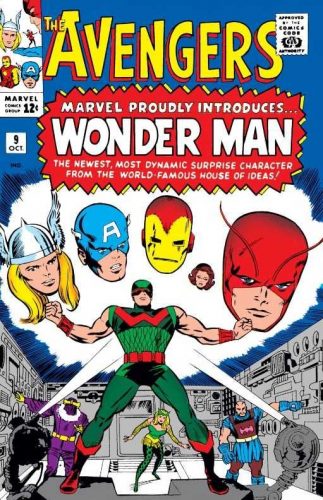 This is the comic for me. It was my first favorite comic beating out Spider-Man and Transformers. I’ve always collected it save for about six months right after I started college when I trimmed my comic buying down to one singular comic during that time (more on that in a minute). Avengers is the comic that I currently have a full run from issue 190 until today (500+ issues there) and I have my oldest comic of my collection – Avengers #9

Good storylines or bad ones, I’m all-in with Avengers. 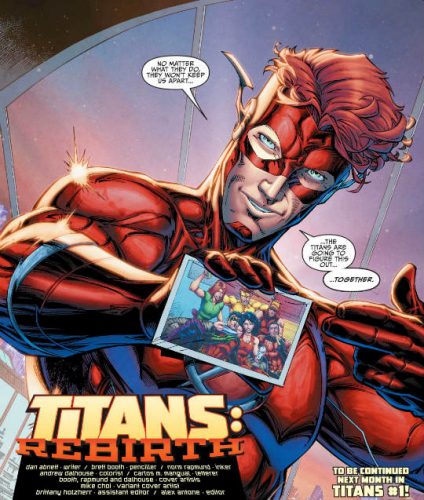 This is my DC title. While my collection doesn’t go back as far as my Avengers one, I also have a complete run of the Wally West Flash. If you watched Justice League Animated Series, he was your Flash. The idea that he is a guy who “just” runs fast always has cracked me up. He is so much more than that. He is the heartbeat of the DC Universe in my mind. He has the second-best rogues gallery of anyone in that universe (Batman gets the automatic nod for first place). The stories told about him are about Hope and love and family which sometimes is hard to get from comic books. Even now with Barry Allen having returned to the prime Flash role, I love the book.

It also doesn’t hurt that two of my favorite writers, Mark Waid and Geoff Johns have epic runs on the book. 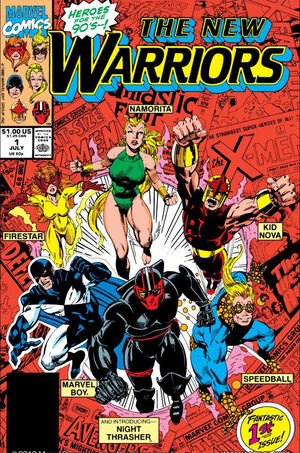 This would be with the caveat that it would have to be some version of the original team. This was a 90s comic through and through and yet I loved these mismatched characters. You might even argue that the one character with the most name recognition outside of comics, Firestar, was someone, who up till that point, had been underused and underdeveloped. The whole teenagers banding together to prove something to the world and to themselves was excellent.

This was the one comic that I never stopped buying. It’s also the one comic that after that initial 75 issue run has been brought back multiple times to little fanfare. I’m not sure if it just doesn’t have that same magic or if it was a product of its time and that doesn’t work anymore or what.

Those three are my absolutes, but there are also that next level of comics that I would think long and hard about – The Fantastic Four, Green Lantern, Legion of the Super-Heroes, Aquaman, and Guardians of the Galaxy.

So maybe there is hope for me and the industry at large. It’s got problems, but that doesn’t mean it’s beyond repair. We just have to remember why we fell in love with it in the first place.

Writer of comics and novels. In 2006 his first short story "The God That Failed" was published by Terminus Media in their debut comic Evolution Book 1. Since that time he has had stories published in Terminus Media's Evolution Book 2 and Evolution Special, Kenzer and Company's The Knights of the Dinner Table, and Four J Publishing's The Burner #3. Currently he is eagerly awaiting the digital publishing of his first creator-owned comic The Gilded Age #1 to be published online as well as his first novel The Dark That Follows later this year.
View all posts by John McGuire →
Tagged  Avengers, Comics, John McGuire, new warriors, The Flash, Wally West.
Bookmark the permalink.