For today’s creator interview installment, we sit down with the prolific, and award winning author, Bobby Nash. The author of such works as Alexandra Holzer’s Ghost Gal: The Wild Hunt, Snow Falls, Evil Ways, Domino Lady: One Shot, and the recipient of the 2013 Pulp Ark Nominee for Best Novel, Earthstrike: Agenda, Nash show’s no signs of slowing down, with a host of other titles scheduled to be released in 2015.

To begin with I just want to say this: you write like a mad man! And I mean that in a good way. Do you get that a lot?

I have heard that a time or two, yes. [smiles]. When I decided that this was the path I wanted to travel, I set goals for myself and headed toward them. My stubbornness came in handy with helping me to keep going and I never looked back. 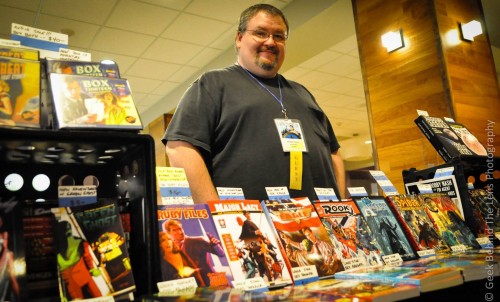 Tell us about yourself. Where you’re from, what got you into writing professionally, and some of your training.

I was born and raised in Georgia, which is where I still live. I fell into writing, oddly enough, because of my desire to be a comic book artist. Turns out that my art skills leave a little something to be desired, but I was writing stories that I could draw. Somewhere along the way, other artists I knew started asking me to write for them so I decided that maybe I could be a writer/artist. Thankfully, a friend of mine pointed out that writing was my real strength and suggested that I focus on it instead of splitting my time between writing and art. He was absolutely right. Then one day I sold a comic book story to a publisher. It’s been a roller coaster ride ever since.

I don’t really have much in the way of formal training. I’m mostly self-taught, although I’ve picked up some hints, tips, and tricks along the way from others. I took some night classes at UGA focused on creative writing, which were quite useful. We would bring our writing in and read in front of the class. That instant feedback came in handy plus there was the happy side effect of helping me to get past being shy and awkward in front of a room full of people.

What’s the first thing that you remember writing?

WOW. That is a tough one. I wrote some truly horrendous comic book stories back in my elementary school days, but the less said about them the better. I started writing short stories in high school. I remember we used to be given a list of words each week to use in a sentence. I was bored one week so I actually wrote a story and used the words in it. The teacher thought it was neat and encouraged me to keep it up. I had fun doing it and even set up the challenge of ending stories on a cliffhanger that I would have to resolve the following week when we received our list of words. I learned a lot about writing doing that.

Is there a particular genre that you prefer to play around in, and why?

I do like to play in multiple genres, but I always find myself drawn back to crime thrillers, although they can have other descriptions added to them like pulpy crime thriller, action crime thriller, sci-fi crime thriller, you get the point. I grew up with PI’s on TV, books, and movies so I developed a love for the genre. I like solving crimes, at least in my writing. It’s not something I really attempt to do in real life. 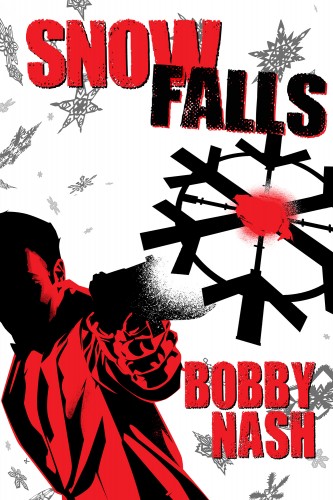 How does a typical writing session work for you? Do you have any “tools of the trade” that you use?

Typical is a relative term. I used to write full time so my day generally went, wake up, write for several hours, take a dinner break, watch TV, write, go to the gym, watch TV or read, bed, then repeat. Now that I’m back among the corporate working life, my writing time is pretty much limited to the weekends, which goes much the same as before. I spend a lot of time sitting in front of the laptop.

Not sure if I have any specific tools of the trade handy. I write on an old laptop using an outdated version of Word. Everything else is just in my head.

You’ve done a bit of screenwriting (the web series Star Trek: Farragut), and acting (Camp Massacre, The Following, Fat Chance). How have your experiences been working in this realm both behind and in front of the camera? Do you feel the practice of speaking in front of your writing critique groups prepared you for jumping into this arena?

Well, I’ve dabbled. I have a few screenplays under my belt, but three produced, two with my name on them and one that I did a script doctor job on that doesn’t bear my name. Each was unique in the way they were worked. Of those three, 2 have been produced and the third, a short film, is in production. It’s a lot like writing comic books in terms of how I set up the pages, focus on dialogue, and things like that. I will say though, that it is really cool to see actors delivering your words. I hope to do more screenwriting in the future.

I don’t think of myself as an actor. Most of what I’ve done on The Following, Satisfaction, Dumb and Dumber To, Halt and Catch Fire, Three Stooges, etc. is work as an extra. That involves a lot of walking back and forth most of

the time, but I’ve had some fun times doing it. Working with Kevin Bacon , almost knocking Matt Passmore down with my carry on bag, and standing next to Jeff Daniels and Jim Carrey as they did a scene are definitely three of my highlights.

Working as an extra also gave me a chance to meet a real life FBI agent (while I was playing an FBI agent on The Following) and that led to a nice meeting where I got some really interesting insight into the FBI for my upcoming Evil Intent novel. That was a nice bonus.

Learning to read my work out loud absolutely played a role in helping me do this type of work. If you can’t look up and stare straight ahead on a set, you’re no good to the filmmakers. It’s hard to be shy on set.

Congratulations for receiving the 2013 Pulp Art Award for Best Author. Can you talk a little about winning the award? 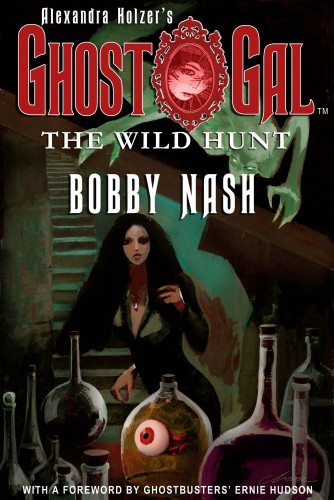 Thanks. It was quite an honor. As you know, I’m not often at a loss for words, but when I read off the list of winners on the old All Pulp site, I actually scrolled past it before it sunk in what I had just read. I was literally speechless for several minutes as I tried to digest the news.

Winning an award is an odd thing. Even though you don’t write any differently than you did before winning, having an award adds a little extra something to your work for many readers so hopefully, it helped open up my work to a wider audience. The biggest change is having people refer to me as “award-winning author Bobby Nash,” which is pretty darn cool, but it did take some getting used to as well.

What’s the best piece of advice you’ve ever received from a fellow writer?

I don’t remember exactly who told me this, I want to say it was Beverly Connor, but I could be remembering it wrong. Regardless, the advice was that no one was going to care about my work more than me so I should not expect anyone else to promote it more than me. There is a lot of truth in that and it’s one of the reasons I taught myself how to market my books.

What can folks look forward from you in the near future?

Prose: Snow Storm, Alexandra Holzer’s Ghost Gal: A Haunting We Will Go…, V-Wars vol. 5, The Ruby Files Vol. 2, Evil Intent, Blood Shot, Freelancer: The Traveler Sanction, an as yet untitled Nightscape novel, and a few others I’m sure I’ve forgotten. 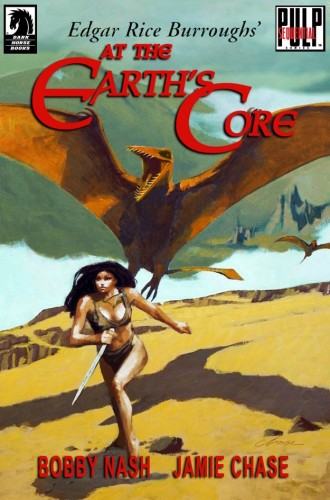 Yeah. Looks like a busy year ahead of me.

Readers can keep up with the progress and release dates for all of these projects and more at www.bobbynash.com

Thanks Bobby for taking the time to sit with us and talk about your career.

Robert Jeffrey II is an award winning journalist whose work has appeared in such publications as UVC Magazine, JaDore Magazine, BlackSci-Fi.com, and The Atlanta Voice Newspaper. He is currently the Editor In Chief for BlackSci-Fi.com. He is a regular contributor for the Tessera Guild, and his comic book work includes client work for the Centers for Disease Control, and Nitto Tires. His comic book writing includes work on such award winning/ nominated series as his creator owned series Route 3, Radio Free Amerika, Terminus Team-Up, and Soul of Suw. He’s yet to fulfill his dream of pop-locking to save a community center. Head to his website at www.robertkjeffrey.com, and you can follow him on Twitter @SYNCHRKJ, Tumblr @robdawriter , and Instagram @robertk.jeffrey.
View all posts by Robert Jeffrey II →
Tagged  Bobby Nash, comic books, fiction, prose, pulp, Sci-Fi, Star Trek, writing.
Bookmark the permalink.