It’s Thanksgiving week. For some of us that means roasted fauna, houses packed with kids, and huge dinners with family. For others it’s a chance to raid retail America at 4AM to wage jihad against our rival shoppers. And perhaps, for a few, it’s a chance to reflect upon our good fortunes and spend a few hours or days among those we cherish most.

Let me level with you. For me, it’s mostly a chance to write even later into the night than usual. 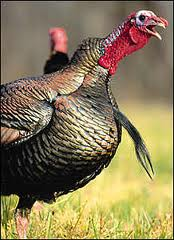 As I sit here in the dark, my laptop humming away, I try to think of appropriate topics to fill the holiday void. Maybe, I think, I’ll write a nice piece about turkeys. Nah. Too ridiculous. Everyone already knows how amazing turkeys taste. Well…what about a nice anecdotal essay of all the glorious Thanksgiving feasts I’ve devoured? Nope. Too hunger-inducing. Ok. Maybe a nutty short story about zombie pilgrims, seven-barreled blunderbusses, and cranberry sauce gone evil? Meh. Maybe next year.

As it turns out, aside from Halloween, the holidays just aren’t that inspiring word-wise to me. With all the reindeer, jingling bells, and Stove Top stuffing, everything merry is pretty much covered. Seems I’d rather write about castles crumbling, warlocks trying to end the world, and maidens not-so-fair. Yep. Fantasy tropes galore. Santa was never very good at swordplay anyhow.

And so, lacking anything holiday-appropriate, I’ve decided to tackle a much darker subject this week. Death. Yes, death. Specifically the killing off of fictional characters. More specifically the way I like to do it when I write.

Why, you ask? “It’s the holidays, J Edward. You’re supposed to be cheerful.” Well…perhaps it’s the weather (grey and sunless) or maybe it’s the chill in the air. Or more likely it’s because I’m neck deep in putting the finishing touches on Dark Moon Daughter and completing the final episode of Hollow Empire. A glimpse at the names of these two titles should be enough to let you know. These are dark fantasy works. And that means lots of characters need killing.

I suppose some writers agonize over ending the careers of their favorite characters. After all, these fictional folks become a part of us. We are them, and they are us. The longer we spend with them, the more we come to know and love them. The same goes for readers of fiction. I’ve been there. I know. When Gandalf the Grey plummeted off the bridge with the Balrog, I suffered some heart stoppage. When Javert threw himself in the river in Les Miserables, I felt all, “WTF?” Heck, when Sauron got spanked in Return of the King, I was a little sniffly.

Writing a character’s death, however…that’s a whole other matter for me. I crave it. I love it. Having marched so many miles in their mud-encrusted boots, having survived with them through war and darkness, I’ve lived inside them and experienced things I never could in my ordinary life. But when the curtain falls and the lights go out, it’s time for them to meet their makers. Not all of them, mind you. Just enough to keep the reader wondering.

Ending a character’s life, no matter how beloved, has become a way for me to move on to the next hero, the next villain, the next part of the writing experience. When most readers close a book they’re reading, the characters live on in their hearts. It’s the same for me. But when I slam shut the cover of my own works, I want to remember the way my characters left the world. I like a story finished, all the loose ends tied up, all doubts ended. And for some characters, that means a sharp shovel and some cold earth. Those of you who’ve read Down the Dark Path might snicker at that last part and say, “I call BS, J Eds. There’s this part at the end in which...” Yeah, I know. To you I say, “Just wait for Nether Kingdom.”

So let’s talk about technique. How’s it done? How do you reach out and snatch the reader’s heart out of their chest? How do you become a killer? For starters, let’s talk about how not to do it. In a popular novel I recently finished (not to be named for fear of retribution) two clutch characters are murdered in the same chapter. One, fittingly so, gets a few final words, a vivid description of his end, and even a zinger of a quip mocking the man and his life. The other…well… she gets none of these. In fact, we’re not even sure she’s dead. We’re left wondering, not for mystery’s sake, but solely due to poor description, whether this woman has been murdered or not. The result is that I cared about the one death, but felt totally ambiguous about the other. Not good. Made me mad. You cheated me, Mr. Author. You promised two, but only gave me one.

How then do you do it? I won’t claim to be the expert on character death. Far from it. But I’ve some practice in the realm, and here’s my process. Foremost, unless the plan is to resurrect ’em or purposefully trick the reader into thinking their favorite huggy little elf or blundering hero has died when they haven’t, then make sure you kill ’em dead. The first time. Leave no questions. Let the Grim Reaper walk right up and snatch the character’s soul away with his cold, bony claws. Be absolute. Second, and here’s the key, make it vivid. I’m not talking about fountains of blood (although sometimes…) or pages upon pages of last words and, “…tell my wife I love her.” I mean give us the skinny. Was the character sick before he died? Well…tell us about his shivers, his eyes gone cold, his wide-eyed stare at the heavens once he’s gone. Did the princess burn alive in her ivory tower? Ok…give us her pain, her dress turning to ash, her arms curling across her chest. What about battle? Did Ser Bigsword meet Lord Darknuts and bite off more than he could chew? Good. I want to read about the bad guy carving his armor to ribbons. I want to know his terror. Admit it; so do you.

Because ultimately, that’s why you’re so invested in the characters’ lives. Because maybe, just maybe, your favorite knight, scullery maid, or kindly, soft-spoken wizard could suddenly meet their end. And if the author insists on doing that to you, you’ve every right to insist he does it right. I’ll do it for you. That’s a promise.

So…Happy Thanksgiving. Enjoy your feasts, your shopping, and your families. I’ll still be here in my dungeon, awaiting your return. If you’ve a favorite character in Down the Dark Path, I’d worry for their health…