Digital Painting: A Year in Review 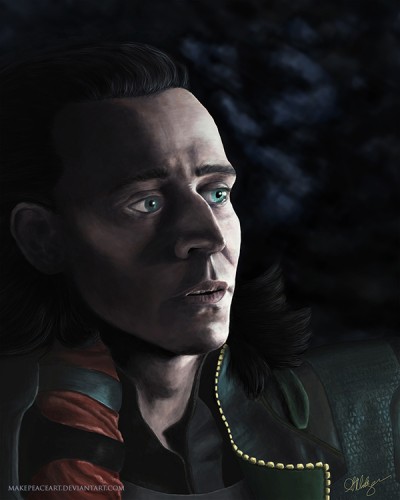 In the summer of 2012 I bought a refurbished Wacom Intuos4 Small (I’m using a Medium now.) with some extra money I earned house sitting for my younger brother. I played around with it for a couple months before I made the conscious decision to devote serious time to learning to paint in Photoshop. Instead of easing into it, I dove head first, deciding I would paint a portrait of Tom Hiddleston’s Loki as a Christmas present for my daughter. I spent all of November and the first part of December learning as I went. There were a few times I thought I’d lost my mind but I finished it in time for Christmas and realized I’d opened a new door for my creativity.

There are so many things wrong with that first painting, Come Home Brother, but it’s not all bad. After wrapping it up and placing it under the tree, I wanted more. Kind of like Kirsten Dunst’s character Claudia in Interview with a Vampire when she has her first taste of blood, “I want some more.”

My second attempt, The Reluctant King, wasn’t perfect as either, but it’s still one of my favorites. I have a 16×20 print hanging in my studio. 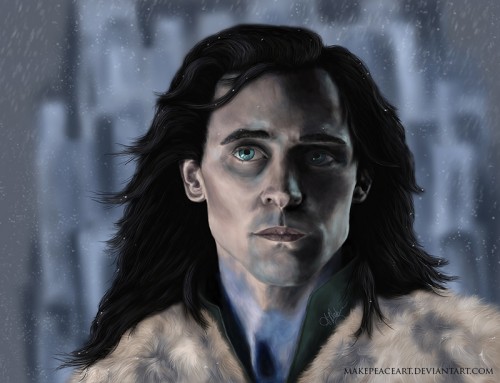 I promise, this isn’t a Loki post! I’m not denying I have a bit of an obsession, because I do, but. . .  I do what I want! LOL To be honest, painting Loki was a perfect way to learn. I was painting something I loved and I didn’t have to worry about completely mucking it up as it wasn’t something I was going to market. It gave me freedom to experiment. Sometimes the experiments worked and other times they didn’t but it was all about learning. I was determined to improve. Failure was not an option. 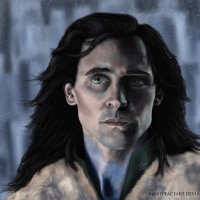 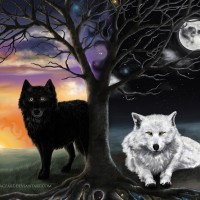 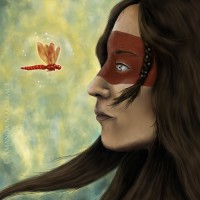 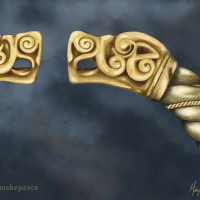 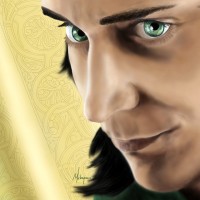 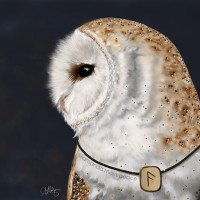 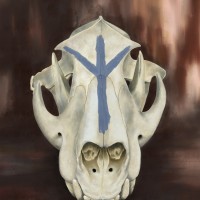 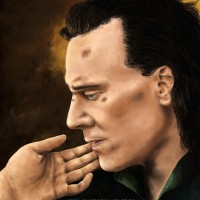 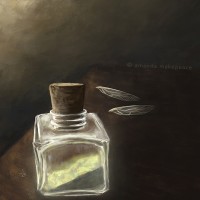 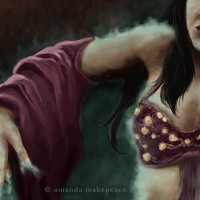 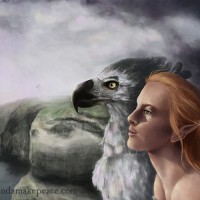 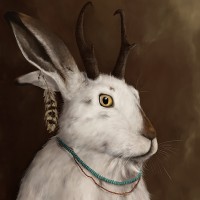 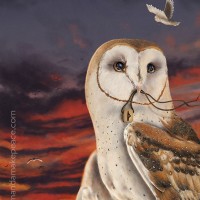 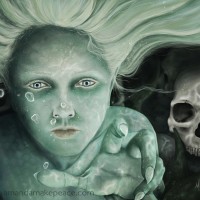 Over the last year I’ve explored different painting techniques and experimented with a myriad of Photoshop brushes. In my early paintings it was common for me to use several different brushes for various aspects of a painting. Now I often only use one or two brushes for the bulk of a painting. I save special brushes for little details and sometimes I don’t use them at all. Glancing at the images above you might think the opposite is true. As the year went by my painting style/voice evolved. I like to think my paintings became more rich with detail. My journey also revealed that painting in Photoshop is not all that different than painting in oils or acrylics. The core concepts are the same.

So what’s the point of all of this? The paintings above are only a sample of what I created this year. I’ve painted nearly every day, I’ve read numerous tutorials/workshops, watched videos, studied other artists (both digital and traditional) and adapted my traditional painting skills into a digital medium. I may still have a lot to learn, but I wanted to show other artists, especially young artists, that with determination, passion, perseverance and maybe a little luck you will get to that place you want to be. It doesn’t happen overnight but it does happen. This is true whether you’re working in traditional or digital. I encourage you to take a look back through your sketchbook or portfolio. Find what you painted in December of 2012 and compare it to the last painting you completed. Better yet, go back 5 years and compare what you created then to now. If nothing’s changed then you aren’t creating often enough. You have the gift, but your skill can only improve if you practice, practice, practice.

I’m planning to take my art to the next level in 2014. I have so many things planned, many of which I can’t really discuss yet. You can stay in loop though by following my Facebook Page. I make announcements there and on Twitter before I get a chance to post to my own blog!

Amanda Makepeace is an award winning illustrator inspired by nature, mythology, magical beings, and distant worlds. She is the co-founder of the Bird Whisperer Project, a monthly art challenge focused on spreading the the love of birds and art making for everyone. Her art has appeared in ENnie award-winning games and on the covers popular independant novels and anthologies. Her latest project is the cover art for the Long List Anthology Volume 4, a book featuring Hugo nominated stories. Amanda is a regular at Fantasy and SciFi conventions in the southeast, and an award winner at JordanCon, DragonCon, ChattaCon, and LibertyCon. http://www.amandamakepeace.com
View all posts by Amanda Makepeace →
Tagged  creativity, digital painting, fantasy art, finding a style, Photoshop, Wacom.
Bookmark the permalink.