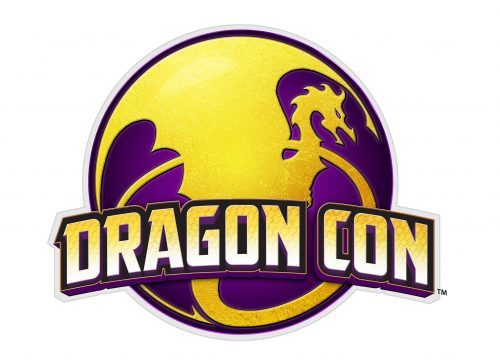 This was a slightly different Dragon Con Experience. Normally we have a 4-day pass (although, Thursday is now a hopping place and people are really getting things going on Wednesday. Soon it will just be a whole week of debauchery!). This year we didn’t have the 4-day and made the executive decision to buy a Friday and a Sunday pass (and go ahead and pre-purchase the 4-day for 2020). This means we are going to need to cram 4 days into 2 days.

As it turned out, this was probably the best decision we could have made… but more on that below.

One of the nice things about doing the day passes was that there was nearly no line on either Friday morning (around 9 AM) or Sunday (9 AM as well). Maybe it got busier as the day progressed, but it did seem off that the day-of line would be so little, but the pre-purchased might have a longer line (or at least it did on Thursday for some people).

I normally go through the schedule and pick about 3 to 4 panels to go to every hour. This way if something has too long of a line or they cut the line off we have a back-up plan (and sometimes a back-up to that back-up). It also comes in handy on Sunday when your legs don’t want to do much more walking and the next panel is 4 hotels away:

“Hmmm… what’s happening in THIS hotel?”

I’d went through the schedule and found a handful of things on both days. There wasn’t so much Courtney “centric” things that she saw, but since we both watch most of the same things, it works out. First thing, we tried for the David Tennent line. Now, while I have watched Doctor Who, I have not really seen his Doctor (yes, I understand this is blasphemy… hey, Netflix removed them just as I was starting to watch). We were in line about 30+ minutes and was told the room was full.

Great way to start the day off!

This actually threw off our plans since we were going to do that and then head over to be one of the first for the Dealer’s room, but this meant we had an extra hour to kill. So kill it dead, we did by hanging out in the gaming room, grabbing food, and then having to walk around America’s Mart in order to get into the Dealer’s area. 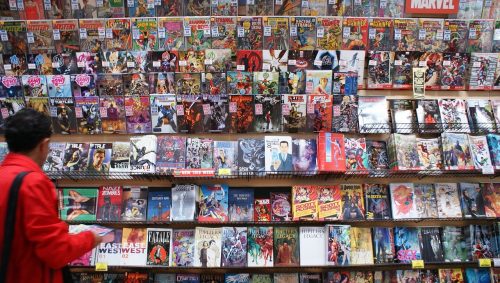 Image by Emilie Farris from Pixabay

They were on 4 floors this year (2 years ago they were on 3). They had the comics/pop art on the 4th floor and I’ll give them credit when you actually support the funny books, you can get a nice turn-out. Roy Thomas, Marv Wolfman, Demattis were there (to name a few). The only companies were Aftershock and Scout (I think that’s right), but I was impressed considering it wasn’t so long ago they were in the closet.

It took us about 45 minutes per floor. They had the usual stuff. Not much in the board games, which I’ve seen CMON there in the past and I don’t think they had a booth. A couple of 1/2 trades places. A couple of older comic book dealers, and then some guy who had “grab bags” of comics. Look, I don’t understand the Mystery Box thing, but do your thing, right? So Court saw the booth and asked if I wanted to take a look and I said, it’s grab bags, I’m good. And the owner is right there and does the whole “No, they’re great. Guaranteed a variant cover, blah, blah, blah.”

Yeah, I’m good. I don’t need random variant cover for a funny book I didn’t want in the first place. I’m sure it’s great. It’s just not for me.

Courtney managed to find a bunch of decals related to Veronica Mars, Gilmore Girls, and Firefly that she got for her car. I didn’t buy anything… nothing grabbed me hard enough. Plus, I was counting on some additional time on Sunday (mistake!) to potentially find some comics.

We had a panel at 4 or 4:30 on Indy comics. You know, one of those panels where I’m hoping to glean some additional knowledge from the panelists on steps to take or just some general tips. And while there were some good ones, it was a little disheartening to hear from more than one of them that the best way to get an Indy book is to work for Marvel and DC first.

That’s not all they said, but it was kind of funny that a couple of them agreed that’s how they got into the correct position to do an Indy comic.

Then we went to an Arrow/Legends panel where only Paul Blackthorne was there (even though 2 others were on the list). They never made any mention of it. I liked him in Arrow. I really liked him in Dresden Files. But it was just odd that it was only him.

However, this is when the strangeness happened:

I learned something un-Con related this year: I’m suddenly allergic to Aleve. During the Indy comic panel, I took some and within an hour my face looked like Sloth from Goonies. 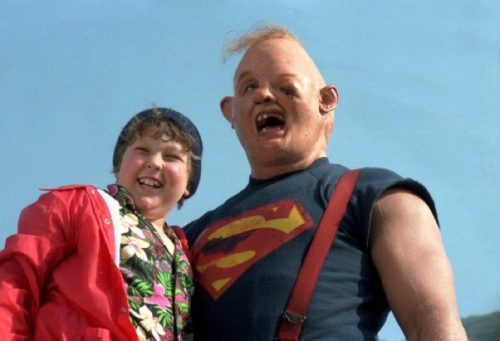 Aleve is something that I started taking for aches and pains and headaches for about 10 years now. When we were playing a ton of softball maybe 5 years ago, I was taking it every other day some weeks. Never had a problem. About 2 or 3 months ago, I had my lip swell up. This is something that I sometimes get over the years (Courtney does not believe this even after I’ve explained that it was only enough swelling that I noticed, no one else really would). The swelling would happen, and in a couple of hours, it would go back down. Mostly, I never thought anything of it. Occasionally, I would think “I wonder if I ate something I’m allergic to” but then forget about it. Anyway, I had an episode where the swelling was enough for Court to see. So I recorded everything I ate that day (I didn’t think about the Aleve). Maybe a month later, it happened again, but none of the same foods, and I didn’t think about the Aleve. During Gen Con I actually took Aleve at least once, but I don’t remember having a swollen lip.

Anyway, about 3 weeks ago, I had a reaction where my eye swelled up and it was in the back of my mind suddenly. Then I took some at DCon, on an empty stomach… and yeah, my Friday night and Saturday was pretty much me on the couch with a cold compress on my eyes, waiting for the swelling to go down. I talked with my mom (a nurse) because I wasn’t sure if this was something I needed to go to an Urgent Care or whatever, but she said that as long as I saw it getting better over the course of Saturday, I was good.

This happened about 6:30 and we got some Benadryl from one of the hotel stores and then headed home. Fun stuff. Being allergic to Aleve means I’m pretty much allergic to Asprin and Ibuprophen products, so it is Tylenol for me only now.

Just weird how it has occurred over the last couple of months, during a time when I haven’t been taken pain killers all that often.

Next week we can find out if the swelling did go back down, or if I just embraced my new “swollen” look!