Part one can be found here.

When last we left our hero (me), he was suffering from an unknown allergic reaction to Aleve.

After a full day of not doing much more than applying cold compresses to my eyes and staying firmly on the couch, I awoke on Sunday nearly 100% back to normal. Which really meant a morning full of deja-vu as we headed downtown to the convention via MARTA again, had to go purchase a Sunday day pass (luckily there was virtually no line again) (though, not sure why we couldn’t go ahead and get a Sunday pass on Friday and save ourselves a trip), and then attempted to get into one of the 10 AM panels. However, unlike Friday and David Tennent’s panel, we were able to make it into the Lucifer panel.

Lucifer is one of those shows that I love the concept. I knew it was a comic, but aside from his appearances in Sandman, I’ve not read any of the issues. Still the idea that the Devil takes a vacation just checks off so many boxes. And the idea of sewing that onto a police procedural with the weekly crimes works fairly well. The panel had D.B. Woodside and Aimee Garcia and the two of them had excellent chemistry up on stage. You always wonder if the cast members actually like each other, but with the two of them, there was no doubt. They had plenty of stories to tell and (since I’m a little behind on the show) only one real spoiler that I caught. 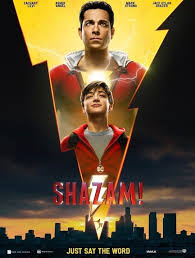 Next up was Zachary Levi’s panel. We managed to snipe that one without needing to wait in an insanely long line (always a risk). Inside the room, I noticed that there was no table or mics set up for him and a moderator. There was really no need as he stood and took questions one after the other. He was funny and had great stories, but also had an underlining message of mental health. He talked about it for himself and then elaborated on it with regard to his mother.

The whole hour might be the best hour I’ve ever seen at Dragon Con, he was that good. Heck, he was good enough that I kinda want to see Shazam (and I am not a fan of that character).

An excursion to the Art Show and Tessera Guild’s own Amanda Makepeace was in booth number 1! If you haven’t checked out her work before or it’s just been a while, go here and let your eyes get a good look at what an extremely talented artist (and better person) can do.

And after the convention was over, I found out she won Best SciFi in the DragonCon 2019 art show for “Saturn’s Twilight.” (her 3rd year in a row!) 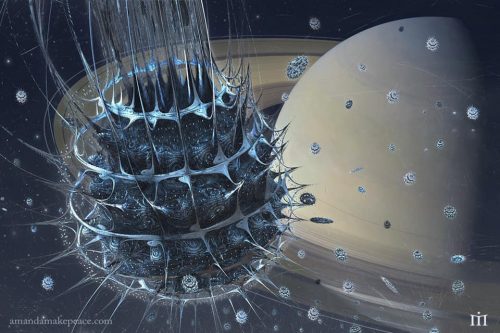 With every Dragon Con comes the big panel… the one I crawled out of bed for: the Venture Bros Panel!

Given that we are in-between seasons. And given that seasons take 2 years to come out, I wasn’t sure what this one would bring. I knew the two creators wouldn’t be there, but I also knew the voice actors can be extremely amusing. And that was definitely the case as they answered question after question from the fans. Then, with about 20 minutes left, they got Doc Hammer on Skype, and he had a puppet of Dr. Mrs. The Monarch on his arm. While the connection was spotty for most of it, it was a real treat to have him there virtually. Hopefully, they can all come out next year and really show out.

With all the fun and games mostly done, it was time to journey back to the Dealers’ Room again. On Friday we’d seen 3 of the 4 floors, so it was a moral imperative to venture up to the last floor )(comics and pop-culture). Yet, that pesky line was an issue again, save this time it wrapped around part of the America’s Mart Building 1 and then 3/4 of Building 2. The whole process was about 25 minutes (faster than I would have thought). Considering those early Dragon Cons I went to had a strong presence, it’s just good to see the comics being embraced again after so many years of not being cared about.

After hurrying through that last piece, we had one last panel on Webcomics to go and watch. Robert Jeffrey (Route 3 and many things on this site) and Tony Cade (Editor-in-Chief of Terminus Media) were both on the panel, so I figured it was a good idea to be supportive! After listening to the questions by the audience, I think that the biggest take-away from that panel or really any writing/art panel is that you just have to sit down and start doing your thing. And then, at some point, you need to finish that thing and put it out there for people to see and read. So many people have these half done or barely started projects (me included) that really just need to get completed.

Dinner with Robert followed as we talked about comics and the convention. Normally, that ride/drive back home is a bit more melancholy as I reflect upon another year in the books. This ride home was more of a celebration of the con, the projects Robert and I have worked on (and are currently working on). It made the ride pass far too quickly.