After taking Saturday to go hang with family (and watch the Georgia Tech Football game that I’m still not sure how they lost… or actually, I know exactly where they lost, I just still can’t believe it), we ventured back down to Dragon Con on Sunday for what would be our last day.

Actually, before I go into Sunday, I wanted to say that this year’s Dragon Con felt like being in a time machine about 10 years earlier. With a self-imposed attendance cap (and what ended up at an estimated 42,000 people), I just looked on Wiki and it has 2011’s attendance at 46,000, so the 10 years feel was right on. Regardless, in this last decade, the convention has expanded to other hotels and America’s Mart because, well, it had to. And this will sound both stupid and obvious, but the difference of having 85,000 people and 42,000 people spread over the same area meant that this year you could breathe (ironic as we were all wearing masks). The Dealer’s room wasn’t so full that it was bursting at the seams. You could actually take a minute and look around and not worry about being in the way. The lines for the panels we chose were of normal length and didn’t have any problems getting seats.

I really hope that they don’t try to jump back to that 85,000 number next year. I know the money is better that way, but the experience was so much better this way.

In addition, all the other guests really stuck to wearing their masks in the hotels. I think I only saw 2 people not wearing them (the old “chin-diaper” look). I know it helped put us at ease that this wasn’t going to end up as some super-spreader event.

Anyway, we managed to get into the Zachary Levi panel. We’d done it in 2019 before we’d even seen Shazam (since we knew him from Chuck mostly) and were blown away by his frankness in dealing with mental issues, his frankness about his roles, and just how personable he’d come off. This time was no different as he still managed to mix in some cool anecdotes and made us laugh while still not shying away from the harder questions about his upbringing. 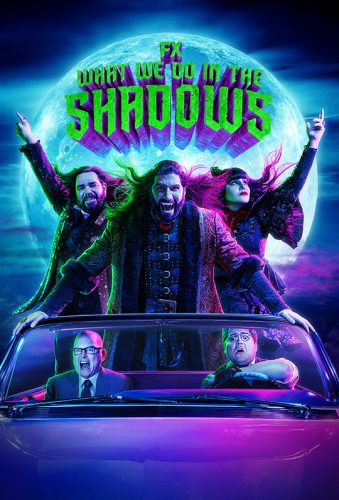 After that, we went to see Harvey Guillen (Guillermo) from What We Do In the Shadows. While I only know him from the aforementioned TV Show, there were plenty of questions about some of his other roles. Probably the biggest takeaway for me was just this idea of something always happens for a reason (or if you’re meant to do something, the universe will find a way). He had a couple of roles that seemed to work out just perfectly… apparently, even his audition for Shadows was one where he only got the shot because he showed up to a friend’s party and met someone whose boyfriend (husband?) worked for the show. The actual role of Guillermo was supposed to be a 40-something-year-old man (Harvey isn’t 40), but they humored him and gave him the shot. Then he said he’d blacked out in the process of doing it… just had no memory of it at all. Time went on and he’d heard nothing, so he figured that was it. And at the last minute, he received the call that not only did he get the job but it was starting that next week.

Finally, we decided the Smallville panel had been a ton of fun, but we were bummed we hadn’t seen Michael Rosenbaum (Lex Luthor). However, all four of them were there for this panel… and we got to see Michael in action. He was all over the room, answering questions (even those not meant for him), getting everyone to sing along with the theme song, and just generally someone who I could tell from this panel and the previous one would have been hilarious to have on set with you (the never a dull moment type of guy).

When it was done we had another panel on the list and some years we will do the Masquerade, but the previous two days had begun to wear on Courtney (and me as well) and AEW was having their Pay Per View at 8 that evening, so we opted to head out.

With so much trepidation in the weeks leading up to this event due to the Delta Variant, I am so happy we decided to go. Here’s to another one in the books and looking forward to next year!

Writer of comics and novels. In 2006 his first short story "The God That Failed" was published by Terminus Media in their debut comic Evolution Book 1. Since that time he has had stories published in Terminus Media's Evolution Book 2 and Evolution Special, Kenzer and Company's The Knights of the Dinner Table, and Four J Publishing's The Burner #3. Currently he is eagerly awaiting the digital publishing of his first creator-owned comic The Gilded Age #1 to be published online as well as his first novel The Dark That Follows later this year.
View all posts by John McGuire →
Tagged  Chuck, conventions, Dragon Con, Harvey Guillen, John McGuire, Smallville, What We Do In The Shadows, Zachary Levi.
Bookmark the permalink.