From A to Z – Resolutions 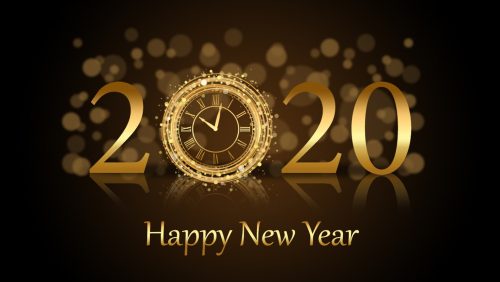 Image by Jeff Jacobs from Pixabay

With the new year comes the dreaded resolutions. They say that anything you start, if you keep it going for 4 weeks, then you have created a habit for the long haul. We just passed the 4-week mark in the new year, so the question that comes to mind is how well are you/me/everyone doing on those resolutions?

I always start off the year with a blueprint of what projects I want to work on, which items I would like to have finished, and other things I would like to start. And I’m always very aggressive in the scheduling. In fact, most of the time just with the act of living your life, the goals are too much.

This year was no different, and a lot of times by this point in January I’m already thinking “Oh god, I’m so far behind. I wanted to have 50,000 words written by this point!”

(OK, I’m never that crazy. I have a day job and a wife I like to see from time to time, but you get the point.)

So, what I’ve decided to do for my Resolutions post is instead list out some projects. Some are goals for this year. Some are literally goals that will happen in the next month. All of which should help remind me of the work I have done and what still is to come. 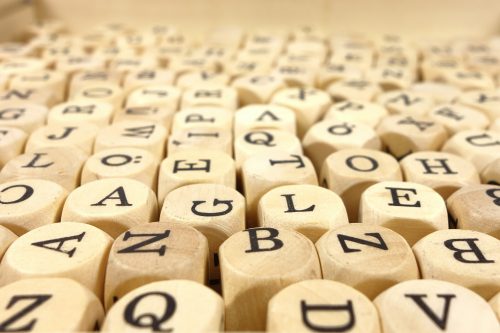 Image by Michael Schwarzenberger from Pixabay

A – Anonymous Short Story – I wrote a short story last year for the upcoming Tales from Vigilante City Anthology that should be coming out sometime in 2020. It’s the story about the villain you never heard of… and how he likes it that way.

B – My Blog – A random hodge-podge of ideas and rantings and reviews and whatever else I happen upon at 2 in the morning. This blog will be the 401st entry on this website. Crazy.

C – The Crossing – A new comic book coming to Kickstarter in late February by Robert Jeffrey II, Sean Hill, and myself from 133art. A love-letter to parallel worlds and how tragedy can make us a hero or a villain.

D – The Dark That Follows – My first novel… I’m planning on putting it on sale soon to get more eyes on it.

E – The Echo Effect – My next novel, due out this Spring. A man finds that he is reborn into a new world whenever the calendar reaches 2024. Things have changed, but he has not. And he might not be the only one.

F – Forgotten Lives – I complement that the first draft of this novel and if things go well this year, I’ll be releasing not only this novel but books 1 through 3 in early 2021. It’s my story about why we’re here… and how much control over our fates do we really have.

G – Gilded Age – I have ideas, but I also have a stack of graphic novels that I need to get into more people’s hands. So I’m hoping to do some conventions this year for that very purpose.

H – Hollow Empire – While Jeremy has come out with two additional chapters, my side has been quiet. However, that’s going to change with the 9th chapter of the serial we started about life in a medieval post-apocalyptic world.

I – Indiegogo – A reminder that The Gilded Age is available on Indiegogo here!

J – Journal of Impossible Things – Title was stolen from Doctor Who, but it is the folder where I put all my short stories currently in progress. I want to move 4 of them to the completed side this year.

K – Be a part of and fulfill at least 2 Kickstarters this year.

M – Marketing – For all of this stuff, I’ve got to find a way to get it in front of people which means figuring out Amazon and Facebook ads. Not looking forward to stumbling through all of that!

N – Newsletter – My goal is to send out at least 12 this year. With so many projects coming to fruition, I’d be dumb not to use it (heck, I’ve been dumb about it up until now).

O – Opportunities – Be open to any additional opportunities that may come my way. There always seems to be a random thing out there that I could never forsee.

P – Premade book covers – I’ve been lucky enough to find a couple that work perfectly for both The Echo Effect and SOULmate. Plus, in my wanderings around the internet, I found a collection of covers that have inspired some ideas that I’d love to write set in the world I can see.

Q – Query – I haven’t given up on traditional publishing, but right now I’m not sure how to break through that barrier.

R – I have promised to help my step-father-in-law collect his poetry and put it into book form. I’m looking forward to seeing how it will end up (his name is Robert, hence the “R”).

S – SOULMate – The second novel I’m going to release this year. It’s a story about a world where Soulmates are not only real but a status symbol.

T – Time – Whether I’m using it well or potentially misusing it, it is often the cause for any bottleneck. I need to manage my time better.

V – Vacation – In between all the words, I still need to get away to recharge the batteries. I’m not sure when or where this will take us this year.

W – Edge of the World – A novel that needs a thorough edit. It’s the story of a woman who travels to the ends of the earth to find and save her uncle.

X – eXtra work-  Be willing to hit my goals, even when I’m tired and want to just goof off. Be focused.

Y – You Must Be This Tall To Ride – A comic idea I have focused on a slightly younger crowd. This is more of a long-term project.

Z – Zine – Last year, Egg Embry, Lee Beauchamp, and I ran a Kickstarter as part of their Zine promotion. We had hoped it would be done last year, but it has stretched into this year. We are closing in on completing it though (hopefully by Valentine’s Day – It is focused on Love, so that seems fitting).

Writer of comics and novels. In 2006 his first short story "The God That Failed" was published by Terminus Media in their debut comic Evolution Book 1. Since that time he has had stories published in Terminus Media's Evolution Book 2 and Evolution Special, Kenzer and Company's The Knights of the Dinner Table, and Four J Publishing's The Burner #3. Currently he is eagerly awaiting the digital publishing of his first creator-owned comic The Gilded Age #1 to be published online as well as his first novel The Dark That Follows later this year.
View all posts by John McGuire →
Tagged  John McGuire, Resolutions, writing.
Bookmark the permalink.