For a third year, I managed to make the pilgrimage up north to the great state of Indiana and another installment of how many hours of sleep does a person truly need.

This year we stayed at the Westin, which was amazing as we were directly across the street from the Convention Center. It meant we could sleep in another 10 minutes or so, and when it came time to walk back to the hotel, it wasn’t a 15-minute walk, but more like a 5 minute one. 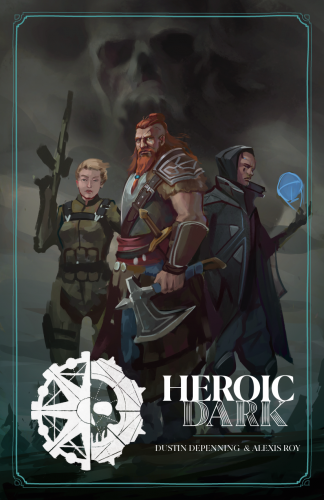 Thursday began with a 10 AM game of Heroic Dark, which was developed by the same guy who did the Sythicide game (of which I ran a short campaign of around 10 to 12 sessions last year). Heroic Dark comes with an interesting premise in that the group gathered to play end up coming up with the setting and genre that they are going to play. The Creator mentioned that he’d game mastered a previous game where it ended up being Sailor Moon style girls fighting the big bad. Basically, each person has the opportunity to add something to the game based on some categories laid out before you: Monsters, Magic, Races, etc. So you could end up with anything from a Fantasy world to a world where, due to the development of some wickedly awful technology, humanity is now using demon parts in order to build their mechs. And the Angels have had enough, vowing to terraform the planet in order to start over.

We’d laid out a bunch of thoughts: Demons, zombies, mechs, terraforming, angels, and so on, and that’s where we ended up. Then, the GM had about 10 minutes to come up with some kind of story to run us through. Talk about putting yourself under some pressure. But he managed to bring together an adventure where the spare demon parts were disappearing, and it was up to us to figure out what was happening to them (turns out the Angels were purifying them and then using the now holy parts to fuel their own war machines).

The game is currently available in playtest form, with a Kickstarter likely due next year. You can find the game here! 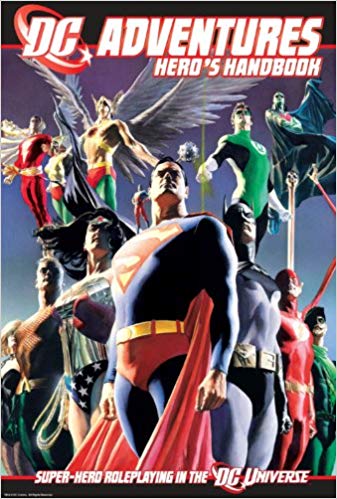 Normally when it comes time to pick the games, I leave it mostly to Egg, as he is the game guru. However, since the very first year, I’d wanted to find a way into a Mutants and Masterminds game. I’d read and heard, over the years, that if you wanted to play a superhero roleplaying game, it was the one to go to. This session ended up being a jaunt back in time to the Golden Age of comic books. A time when the Flash was not Barry Allen or Wally West, but a man named Jay Garick. A time where Superman leaped over buildings rather than fly.

Running as the Justice Society, Superman, Green Lantern, The Flash, Aquaman, Hawkman, and Hawkgirl (yours truly) attempted to save a woman wrongly convicted of murdering her husband… but we only had a handful of hours before she would be sent to the electric chair. Mobsters were rattled, giant robots were battled, a train was stopped from going over the edge of a ravine, and the mastermind foiled!

Using a pre-generated character was interesting, but it also meant there were TONS of stats to navigate through. All three of us liked the game but wondered how easy it would be to pick up if you were starting a new character using the system.

It was finally time to sneak over to the Dealers Room, which was just as enormous as it had been in previous years. It always seems like the first time in that room you are just trying to get a foothold on where some things are located. Throughout the weekend, Lee and I managed to make it through the whole thing probably twice, which is our best run at it so far.

After dinner, we ventured over to Lucas Oil Stadium to play on the field. 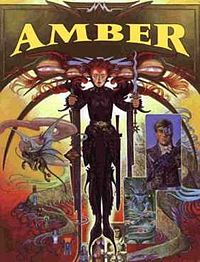 I kid Egg about diceless games, saying that they are Communist. Mostly I prefer games with dice… then again, I don’t have the horrible luck he does (seriously, it is odds defying). Amber is one of those diceless games that’s been around for decades, but none of us had ever played. Based on a series of novels I learned a few things about the game.

First, the people who are into Amber, are REALLY into Amber. Think of your favorite series of books (probably Game of Thrones or Dark Tower for me) and then multiply that love you feel for them by a hundred… and you’d still be short. They know everything about the world… everything…

Which can make it a little bit to penetrate such a thick history. The story seemed to trump everything throughout this session, which I’m not sure if that is how most Amber games go, or just more of a GM preference. I must admit that this one didn’t work for me. In addition, it ran over by 2 1/2 hours, so we didn’t get done until 2:30 in the morning, which threw off our schedules a bit for the remainder of the weekend (that lack of sleep starts here). 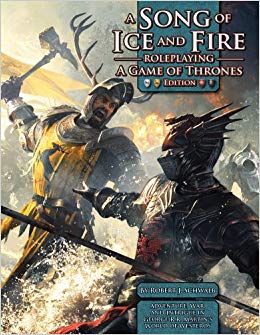 Song of Ice and Fire

Sleeping as late as we could, our next game was to see the Song of Ice and Fire game system. However, when we arrived we realized that this game wasn’t exactly what we thought it would be when we selected it. Using the roleplaying game’s rules as a base, it was really a LARP (Live Action Roleplaying) which meant that you moved around the room and interacted with other players while a Jousting tournament was going on.

I just wasn’t in the right mindset for this one. Maybe it was the experience from the night before or just not getting locked in with my character, but I wasn’t feeling it. The session was interesting enough though, and some of the moves people did during the game turned out to be very interesting. The final recap at the very end opened my eyes to some of the possibilities I might have been able to explore had I been a little more engaged.

That’s the end of Part 1, next week I’ll finish up Day 2 and reveal the best game I played all weekend (by the same company as a Best game of Gen Con from a couple of years ago!).

Writer of comics and novels. In 2006 his first short story "The God That Failed" was published by Terminus Media in their debut comic Evolution Book 1. Since that time he has had stories published in Terminus Media's Evolution Book 2 and Evolution Special, Kenzer and Company's The Knights of the Dinner Table, and Four J Publishing's The Burner #3. Currently he is eagerly awaiting the digital publishing of his first creator-owned comic The Gilded Age #1 to be published online as well as his first novel The Dark That Follows later this year.
View all posts by John McGuire →
Tagged  Amber, Gen Con, Heroic Dark, John McGuire, Mutants and Masterminds, Song of Ice and Fire.
Bookmark the permalink.