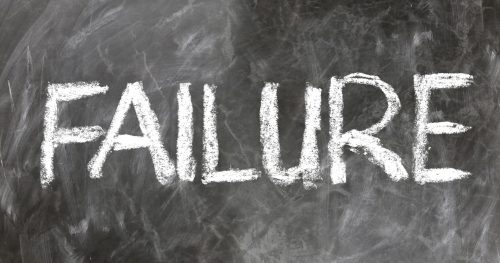 Tonight, I was scolded by both my wife and my cat. My wife gave me the “John!” phrase with a side-eye to round out the effect. And all I had to do was use that old favorite “That’s what she said.”

(Really, as cheesy as it is, it works in almost any situation.)

My cat scolded me for any number of reasons but the biggest was that I hadn’t opened a window for him to start looking at the birds and squirrels who roam in our side yard. In fairness to him, he likes to chatter at me for any number of things. Sometimes it is because I’m up too late and he feels like it is time for bed. Other times it is because I haven’t moved quickly enough to feed him. Lastly, he is a stickler for ensuring that both my wife and myself take breaks throughout the day. If we’ve worked too diligently on the 9 to 5 jobs, he’ll let us know it is time to get up and move (and maybe give him a treat or two).

All of this had me thinking and reflecting on how easy it is to scold ourselves for our “lack of progress”. So many times we set goals and then lament when we don’t reach them. Or we decide to compare our output against someone else when that is never very constructive.

But, more importantly we don’t celebrate our accomplishments. We don’t take the time to stop and look at what we’ve done up to this moment.

It applies in my own life all the time and probably even more so in my writing life. Two weeks ago Issue 1 of In Our Dreams Awake funded on Kickstarter, and I think I allowed myself a whole 5 minutes before I started thinking about the next step, what else I needed to do, etc.

Honestly, it probably wasn’t until I was at the table for Free Comic Book Day that I was able to recognize (at least a little bit) that slowly and surely, I’m creating more and more works. Whether they are comic related or novel related, my table was full of things which contained words I wrote. Pages and pages of words that have somehow seen the light of day so that other people can also read them.

Does that mean I want to rest on my laurels and not push to do more, to write more or simply create more? Does that mean that I can’t identify errors I made in the Kickstarter campaign? Does it mean that everything will go smoothly the next project I sink my teeth into?

Of course not, but…

But… if we are never happy with where we currently are once in a while, then we’re setting ourselves up to be unhappy.

So, maybe instead of scolding ourselves all the time, we allow for a small celebration. A look at where we’ve been and where we’re going. And maybe, just maybe, take a second to enjoy the ride.

Writer of comics and novels. In 2006 his first short story "The God That Failed" was published by Terminus Media in their debut comic Evolution Book 1. Since that time he has had stories published in Terminus Media's Evolution Book 2 and Evolution Special, Kenzer and Company's The Knights of the Dinner Table, and Four J Publishing's The Burner #3. Currently he is eagerly awaiting the digital publishing of his first creator-owned comic The Gilded Age #1 to be published online as well as his first novel The Dark That Follows later this year.
View all posts by John McGuire →
Tagged  Accomplishments, John McGuire, Life.
Bookmark the permalink.