I’m one of those people that believes in Karma–cause and effect. I believe that our Dharma plays a huge role in how we confront life’s challenges. I also believe there is a balance to everything. The world around us is always attempting to balance itself, to keep things in check, and when we live as close to this balance as we can life is good to us. I’m using words associated with Hinduism and Buddhism, but I’m not affiliated with either. This is something I’ve believed and thought about for the last 20+ years. It’s my brand of common sense. Is my life always stress free, full of serenity and enlightenment? Ha! I wish.

But there are moments when I see the dominoes falling into place and I know why. My gut tells me this was meant to be.

Last week I received word that I did not pass the DragonCon Art Show Jury. Was I upset? Not at all. I know that may sound crazy, but I had been giving some thought to not applying this year. What???? 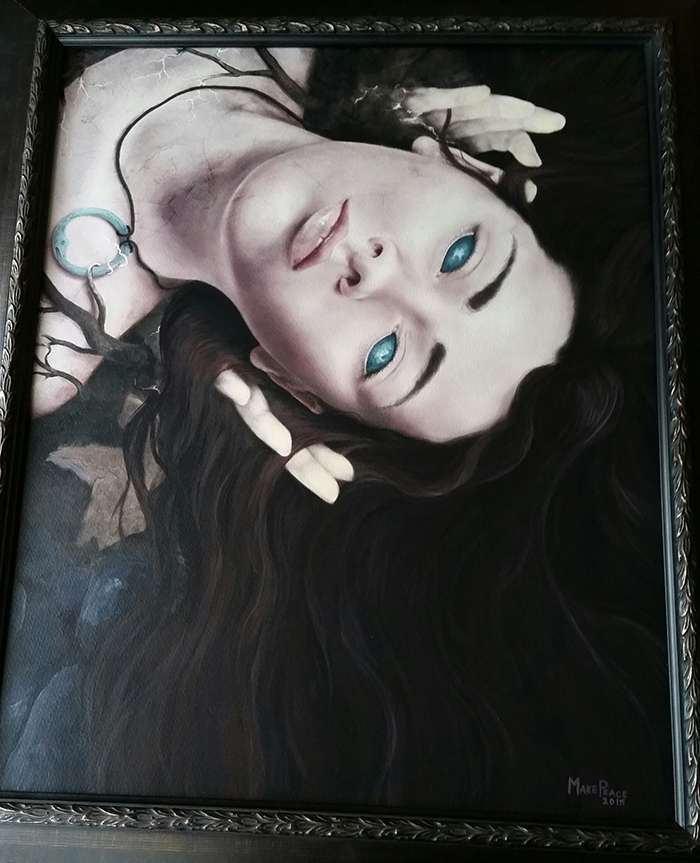 I began working on this painting in 2014. I sketched her out over the course of a week and then set her aside while I worked on a commission. Then the Christmas holiday season hit, my daughter was home from school, and not a whole lot got done. But even so, each time I returned to the first stages of the painting my heart would beat a little faster. It was clear not everyone was as thrilled by this work in progress as I was, but I couldn’t let her go. Before the painting was even finished I had decided she would be on the cover of my sketchbook, Daydreams and Wanderings. 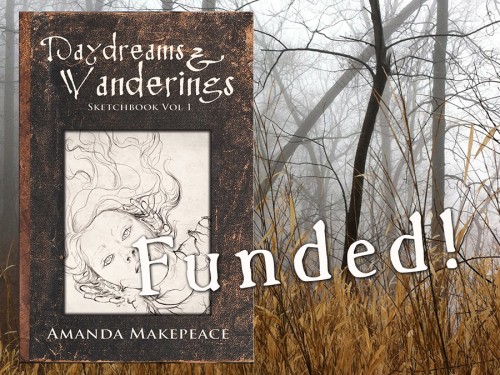 It was in the weeks just before JordanCon, when my Kickstarter funded, that I knew Renascentia was the start of something new in my creative path. She is the beginning. So when the call came from DragonCon, I was not crushed because I’d already begun thinking that I wanted to focus on painting this summer, to follow this new path and see where it takes me. If I’d passed the jury, preparing for the art show would have consumed everything. It’s a lot of work! Plus, I was already going to JordanCon; where I would have to chance to meet some artists I admire, sell some of my own art and make some new connections.

However, I’d be lying if I said there wasn’t a tiny voice in the back of my head saying, “You suck. You got into DragonCon last year but not this year because you suck.” LOL

And then, Renascentia was awarded Judges’ Choice for JordanCon 2015.

The pleasure was all mine, Amanda! I don’t often get the opportunity to influence the choice of “Best in Show” or “Judges’ Choice,” but when I do, it’s the one painting in the show that I most wish -I- might have painted. That was yours. It was unexpected and compelling. Most worthy.

Amanda Makepeace is an award winning illustrator inspired by nature, mythology, magical beings, and distant worlds. She is the co-founder of the Bird Whisperer Project, a monthly art challenge focused on spreading the the love of birds and art making for everyone. Her art has appeared in ENnie award-winning games and on the covers popular independant novels and anthologies. Her latest project is the cover art for the Long List Anthology Volume 4, a book featuring Hugo nominated stories. Amanda is a regular at Fantasy and SciFi conventions in the southeast, and an award winner at JordanCon, DragonCon, ChattaCon, and LibertyCon. http://www.amandamakepeace.com
View all posts by Amanda Makepeace →
Tagged  art, artist, creativity, DragonCon, fantasy art, following your path, JordanCon, Karma, Life, painting.
Bookmark the permalink.