Kickstart the Comic – The North Star: The Emancipation of Frederick Douglass

Reading a list of Frederick Douglass’s accomplishments is not only a place of awe but also a sort of slap in the face to the modern person. Here’s a person who had to teach himself how to read and write, in secret! Someone who was at the forefront of a movement for societal change in a way that had never been seen before.

It makes me think that if someone tells you that you can’t or shouldn’t do something that you are passionate about – don’t let them deter you. Look within, find the strength that is there, and put it on display for everyone to see. 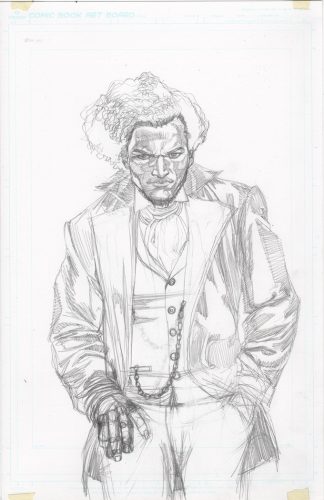 The North Star: The Emancipation of Frederick Douglass

Frederick Douglass was born into slavery in 1818. Through the course of his life, his force of will, tenacity and ferocious sense of justice not only helped him escape his enslavement but self-educate pushing him onto the national and international stage as a statesman. His life intersected with many pivotal events that helped shape our young nation’s history. He was a man of faith, a businessman, a politician and a prophet of the 19th Century. Frederick Douglass forced a country to reevaluate its moral core. This graphic novel will bring these events to life with exciting and dramatic imagery and help to reintroduce one of history’s greatest abolitionists at a time when such heroes are few and far between.

One of the interesting ideas with doing a book about someone so influential from history is the opportunity to use it as a teaching aid for students. One of the first exposure to anything comic related was the old Illustrated Classics. It was there that a small seed of wanting to learn was planted. A book like this has the same potential for new readers, for new exposure, and for helping to simply expose more people to Frederick Douglass.

While the team will be marketing directly to schools, libraries, and community organizations, the hope is that people buy extra copies for the next generation. 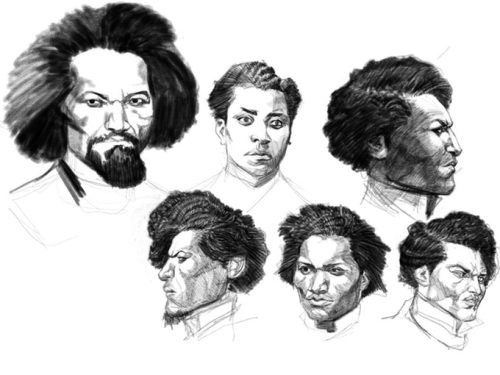 You’ll get the PDF at the $15 level and the print trade at $25. At higher levels, you have the opportunity to go ahead and get extra copies of the book as well as get a high-resolution poster signed by artists Koi Turnbull. At the highest end, you can have your likeness drawn into the book along with a co-producer credit ($1000).

To find out more about Terminus Media, check them out on Facebook here.