In times of craziness, where none of us knows where things will be in a month or six or a year, it’s been interesting/difficult/weird/fucked up/all of the above plus a thousand other things. I hope that each of you are staying safe the best you can.

I’m supposed to be writing, but I’m not. I’ve distracted myself again with some various Youtubers talking about anything and everything from Magic the Gathering to Comic Book Stores and the Virus (and how are they going to survive) to Pitch Meeting videos. I’m supposed to be putting words onto the screen, but I can’t stay focused. Too much real life.

I saw a meme at the beginning (or at least nearish the beginning of all of this) where it said that… well, let’s just go and find it… ok, I apparently can’t find it. Anyway, it said that you should be using this time to learn a new skill, a language, etc. And I saw it and thought – yeah, that’s a great idea. People will have a ton of time on their hands and they could use it constructively. Heck, even though I’m still working (thankfully) from home, I should have a little bit more time in the day where I’m not driving into the office to get some additional words on the screen.

My brain reads too much of the stuff online. It sees too much of the world “stuff” and suddenly I only want to be distracted from all that “stuff”. So I turn to familiar things – I watch Firefly and Community episodes to put me in a good mood.

How do you write something that is supposed to be any good when your brain wants to play squirrel all day?

And this isn’t Writer’s Block – for me, that’s where the words won’t come just because. These are external forces playing with everyone’s emotions. 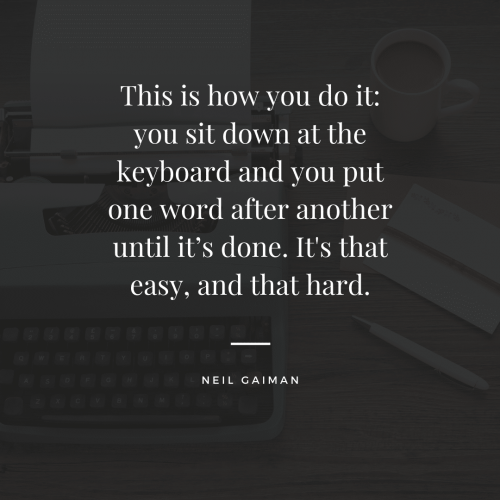 I get some words on a novel I’m working on… have been working on, off and on for a couple of years. I’m getting closer. I feel good about the project. But it is never enough words. Not for what I want to do with the writings.

And that attitude makes it hard to celebrate the things us writers should be celebrating. Even if it is only a few hundred words that night. It doesn’t mean you failed in your goal. It means you are a couple of hundred words closer to finishing the draft.

So a week or two goes by and I see that Meme again but someone has added to it saying that it’s ok if you don’t accomplish all of those things… those goals. That we’re all going through something that none of us have ever experienced before and we’re reacting and acting in whatever way we can. 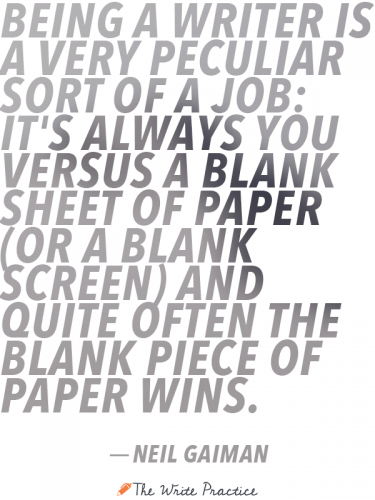 Last night I finished the edits for a novel (a different one than the one above – what can I say, I have been writing words prior to all of this “stuff”). This novel has been in my folder for a couple of years. I tried to get it in with an agent but received a stack of rejection letters instead. And maybe I haven’t pushed hard on it prior to this year because I was worried about putting it out there. It’s always scary to push the publish button.

But I hit a major milestone. And I didn’t celebrate in a loud way. I just exhaled. When my wife woke up I told her, and she’s the one who sees through all the other stuff and realizes these are the little moments to savor.

In the next couple of weeks, I’ll start revealing somethings about the upcoming novel. Until then, stay safe.

Writer of comics and novels. In 2006 his first short story "The God That Failed" was published by Terminus Media in their debut comic Evolution Book 1. Since that time he has had stories published in Terminus Media's Evolution Book 2 and Evolution Special, Kenzer and Company's The Knights of the Dinner Table, and Four J Publishing's The Burner #3. Currently he is eagerly awaiting the digital publishing of his first creator-owned comic The Gilded Age #1 to be published online as well as his first novel The Dark That Follows later this year.
View all posts by John McGuire →
Tagged  John McGuire, The Echo Effect.
Bookmark the permalink.