What are the songs which mean the most to you?

The ones to which you bob your head while listening to a random radio station in traffic?

Or the song you listened to on repeat during your last breakup?

Which album is your favorite?

The one you downloaded on iTunes because your friend told you it was the new hotness?

Or the sleek vinyl record you discovered in a run-down music shop after months of searching?

I can’t speak for you. But the answer feels obvious.

The music we love most is tied to our most powerful life experiences. 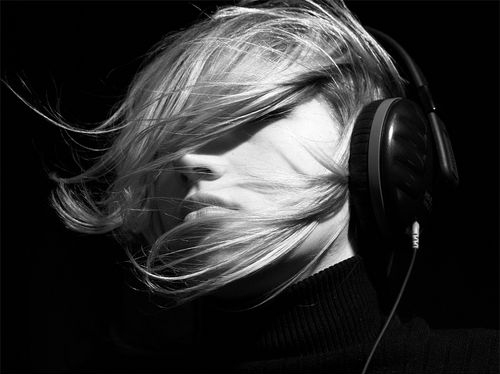 I was thirteen-years old. I lived with my grandparents and their youngest daughter, my Aunt Patty. Every day when I came home from school (I usually walked through a giant cornfield to get there) the house was empty except for me and Patty. Little did my grandparents know, the house would also be full of music. Patty liked to jam, you see, and she liked to jam loud.  I remember walking in the back door (I never used the front door…because really, who does?) and immediately begin to vibrate to the sounds of late 80’s melancholy music. At the time, the sacredness of those moments didn’t register in my mind. All I knew was that I felt suddenly alive, free to shut down all the stresses of the day, free to lose myself in the music.

I didn’t even know the bands’ names at the time. I didn’t care.

But to this day, I can still picture myself walking through the back door.

And if I close my eyes, I can still hear Depeche Mode thrumming in my head.

I was sixteen-years old. I lived in the deep south with my father. Because he worked two, sometimes even three jobs, I almost never saw the man. Essentially I lived alone, pretty much the freest teenager in the entire world. During those hot, humid, lonely nights, I didn’t have much to do. We were poor. I didn’t have many friends, and the few I did have lived miles away in their normal, secure households. I didn’t watch TV, and my video game system (the original NES, what else?) sat unused in my grandparents’ house seven-hundred miles away.

But the one thing we did have?

A killer sound system. Doubtless the best in the neighborhood, possibly the whole city.

And during the long afternoons and even longer nights, while I sat in the shadows, reading pulpy fantasy books, contemplating the smallness of myself, I listened to music at all times. Loud music. Powerful heavy metal music. Slayer. Danzig. Metallica. And a hundred other bands whose guttural roars and swollen guitar riffs filled my little house…and more than once brought the police to the door.

To this day, I remember every lyric of every one of those albums. They were my salvation in many ways. With them, my isolation became bearable.

I was a little boy. Exactly how old, I can’t really recall Living part-time with my father and part-time with my grandparents, my life was always in flux. But what did I know? Everyone seemed to love me…or at least tolerate me. I suppose maybe I was a pretty obnoxious little guy. Somehow both spoiled and ignored. Loud but quiet. Affable, yet prone to bouts of running outside and not coming back inside until well after dark. Oh, how the mosquitoes loved me.

But sometimes, on certain weekend nights, when the mood was right and everyone in my grandparents’ house was getting along (our house was really, really small, you see) my grandfather would turn off the TV, set aside his bourbon, and pop a few vinyls on the record player. And suddenly the walls came alive with the sounds of Frank Sinatra, crooning Summer Wind or my personal favorite (to this day) One More for my Baby (And One More for the Road.) And then maybe he’d play some old, soft Elvis, to which I’d often drift asleep on the couch.

But while I was awake, I would dance. Me, the guy who hasn’t ever danced in his adult life, bouncing around the living room. And those were happy moments, just me, my loved ones, and the music.

My grandparents are gone now, but they’re alive and well in my heart.

And the moments I can see clearest?

I was seventeen, cruising down the road with my very first girlfriend. The hour was late, and we were headed to a lakeside cabin way out in the countryside. During the long, long drive on dark roads, while the trees watched over us and the white lines on the highway sped past, we listened to the same album over and over again.

We didn’t talk. We just listened. And it was perfect.

But I remember that night. How could I forget? It was the music, you see. It’s forever wrapped up in a memory that warm summer night.

Driving away from home (for the last time) to the sounds of Phil Collins.

Drowning my sorrows after a breakup in a dark basement to the booming dirges of Type O Negative.

Journeying out to the countryside while totally absorbed in Hans Zimmer instrumentals.

Soaring up to Chicago listening to silly, mid-90’s hip-hop.

Painting on Friday nights until 3AM to the slow, serene ballads of Olafur Arnalds.

All of these, I won’t forget.

Plenty of music crosses our paths between the rarest and most memorable instants of our lives. Songs, albums, and artists, perfectly good, drift into our consciousness while we’re driving to work, eating dinners out on the town, or wandering through shopping malls in search of stuff to buy. Some of the music is great, and some really, really bad. But somehow, most of what we remember arises not from these casual, everyday moments, but from the times in our lives when we needed it. When we were ready for it. When the timing was perfect and the moments couldn’t have been what they were without an accompanying soundtrack.

Your favorite music is tied to places, people, moments, and feelings.

The smash new single by ________ isn’t what you remember five years down the road.

The unexpected song by the artist you didn’t know…timed just right…that’s the one that sticks with you.

Because music lives in moments.