I used to draw. A lot. In high school, I fancied myself an amateur artist, and away I went, sketching girls, monsters, and fantasy settings.

My work was juvenile. Unpracticed. Untrained.

But still a lot of fun.

Most of these are drawings I doodled between 1994-1995. Mostly while in school…while I should’ve been studying. I still have the originals in my house. 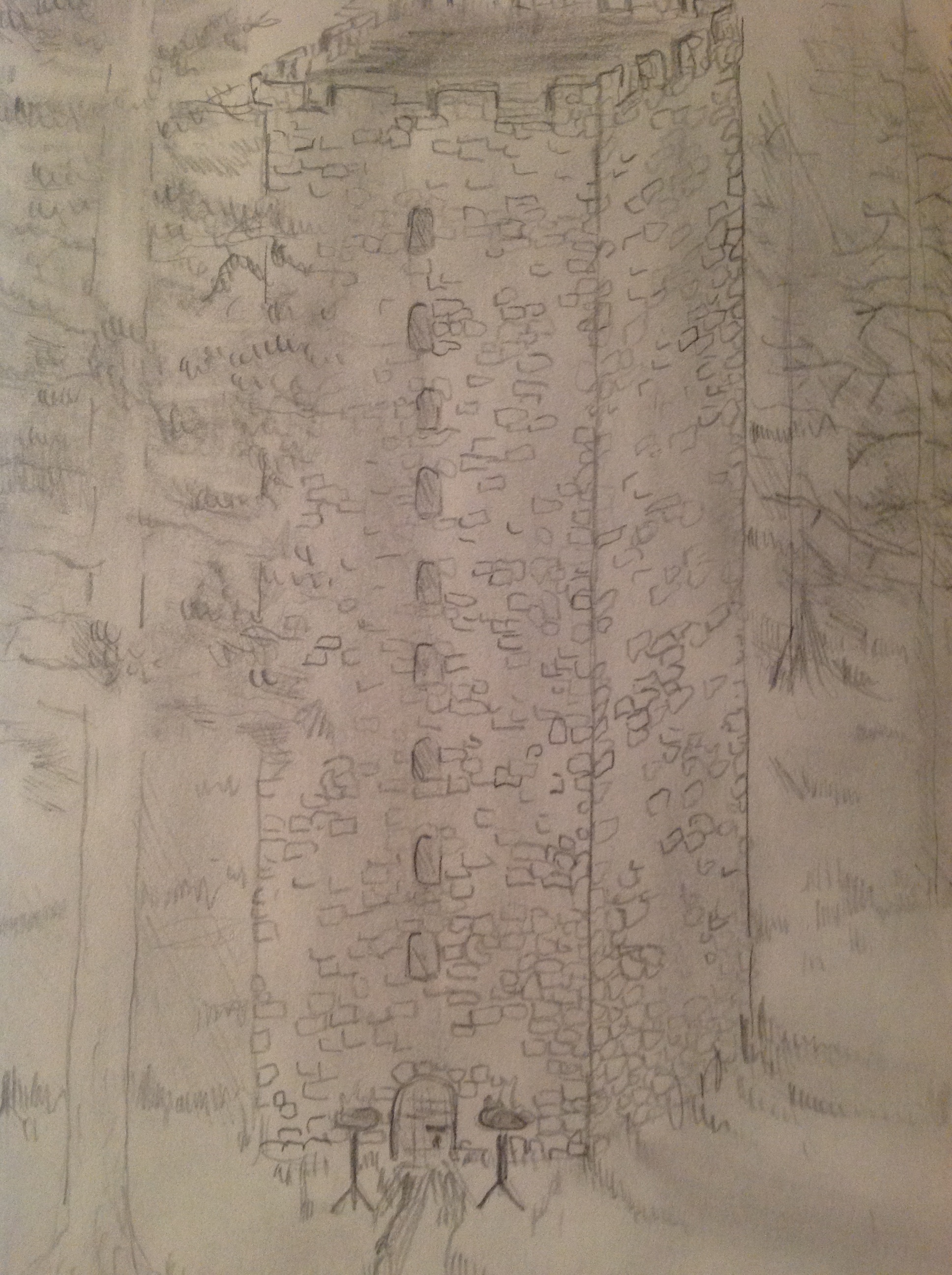 A tower in the woods. I drew this one during a loooooooooong math class. 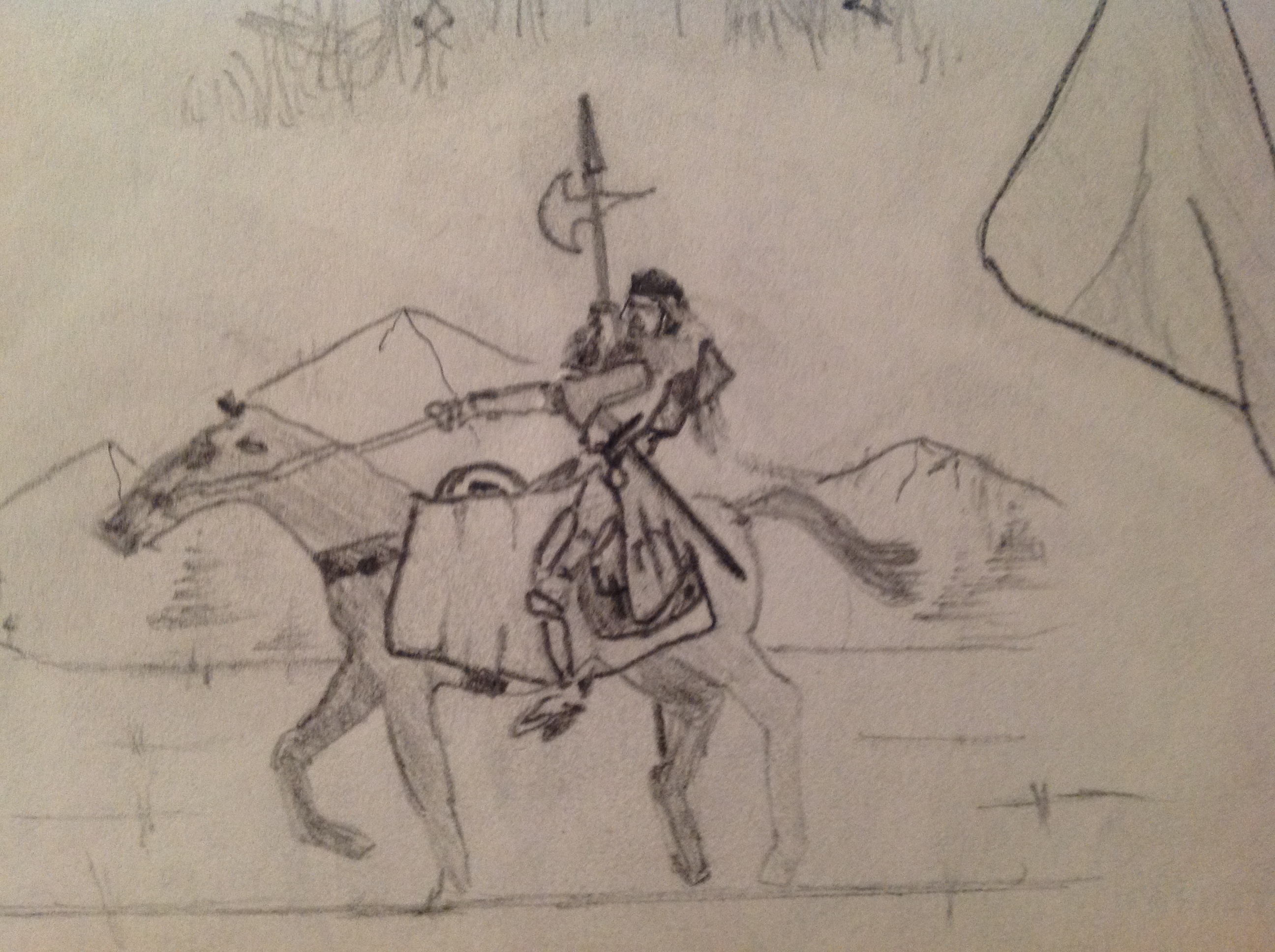 Knight on horse. I really could’ve used a better reference photo of the horse. I just kinda BS’d it. 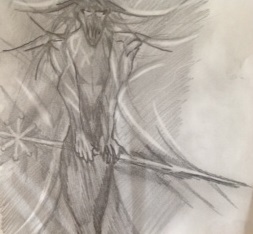 Demon guy. 20 years later, he became the basis for the antagonist in my fantasy book series. Here, he just kinda sucks. 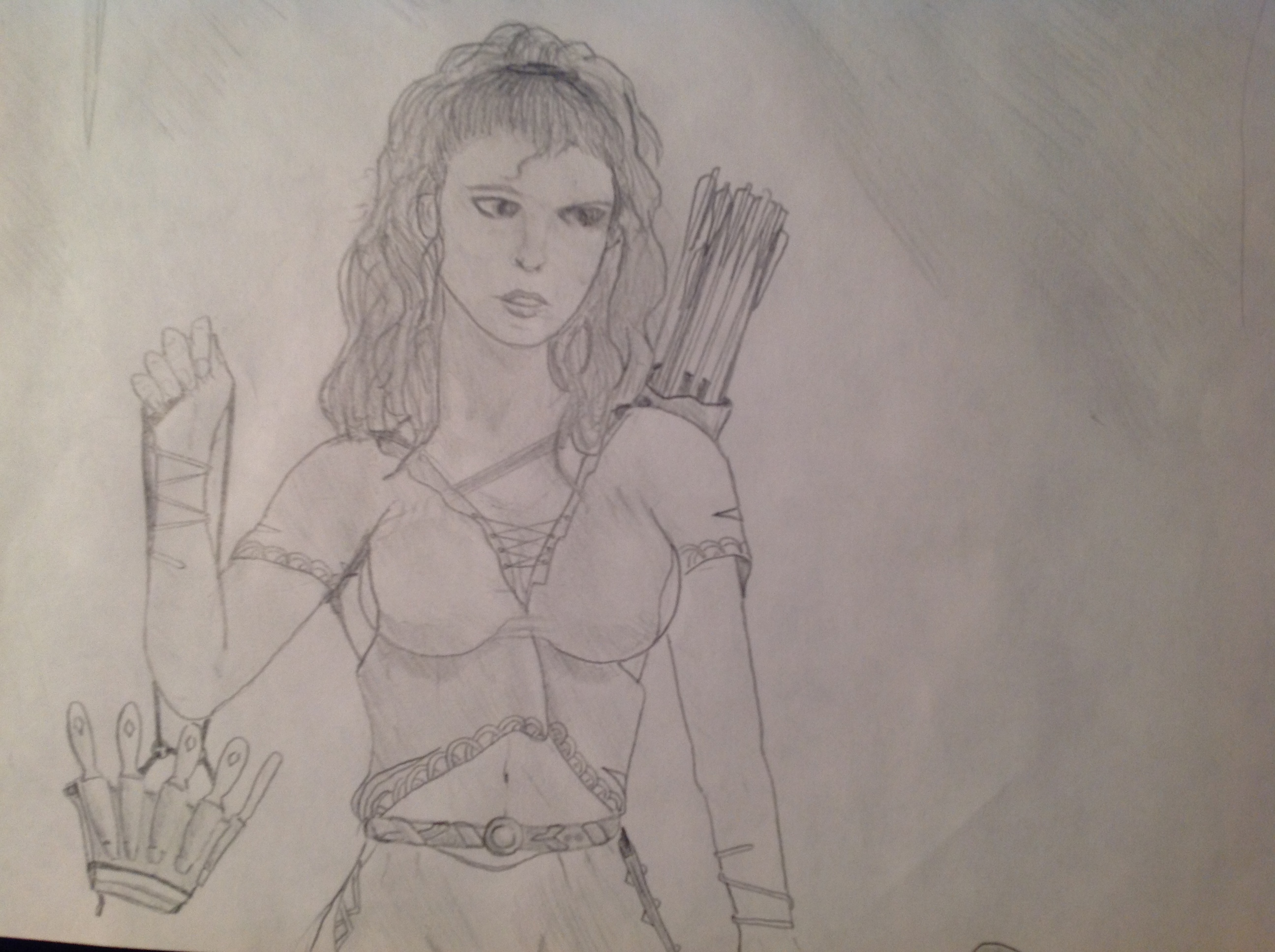 Every teenage boy likes to draw boobs, right? This drawing might’ve been competent had I not given her spheres instead of actual breasts. 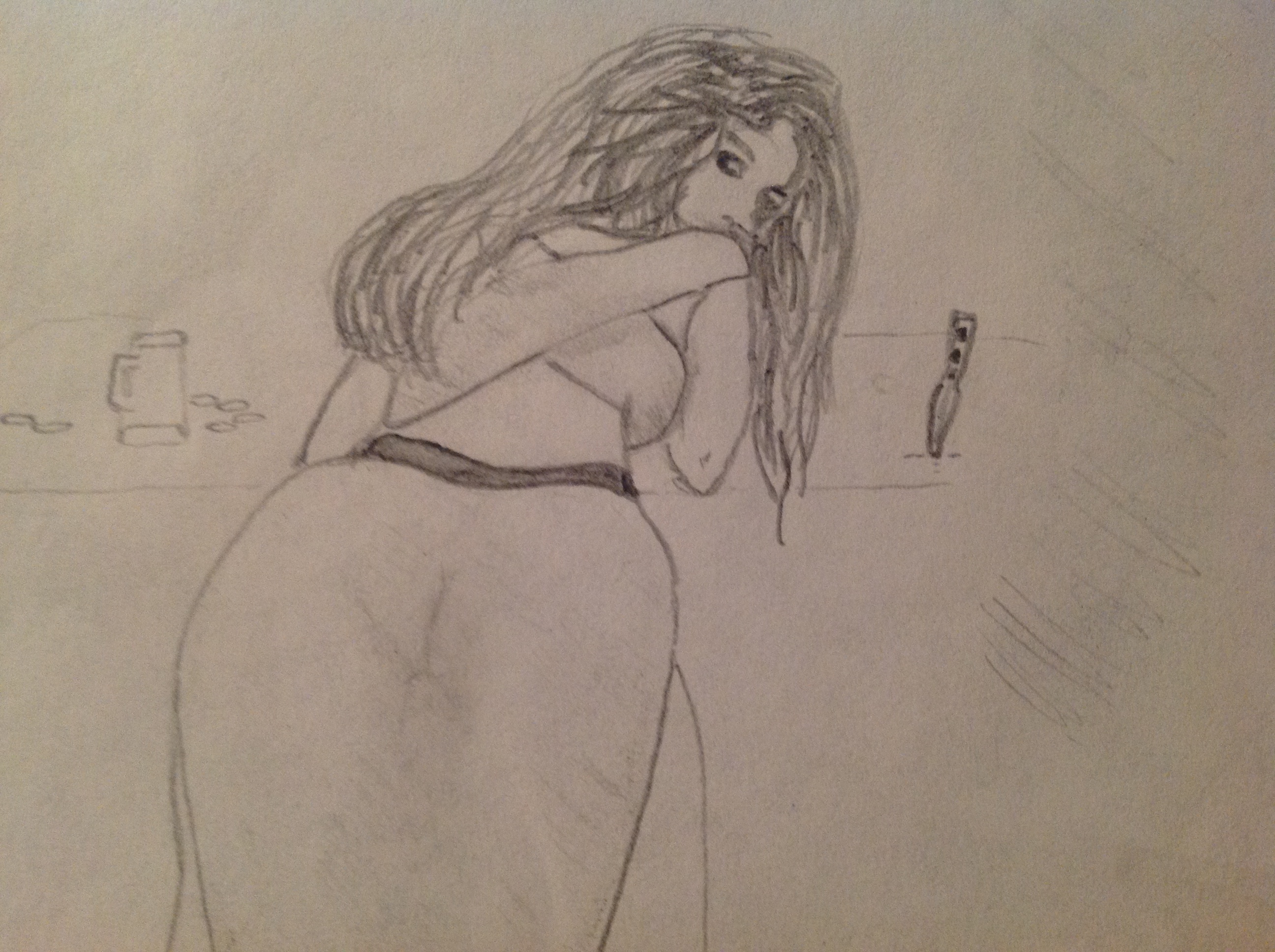 Same girl. Different angle. I like the mug. And the knife. 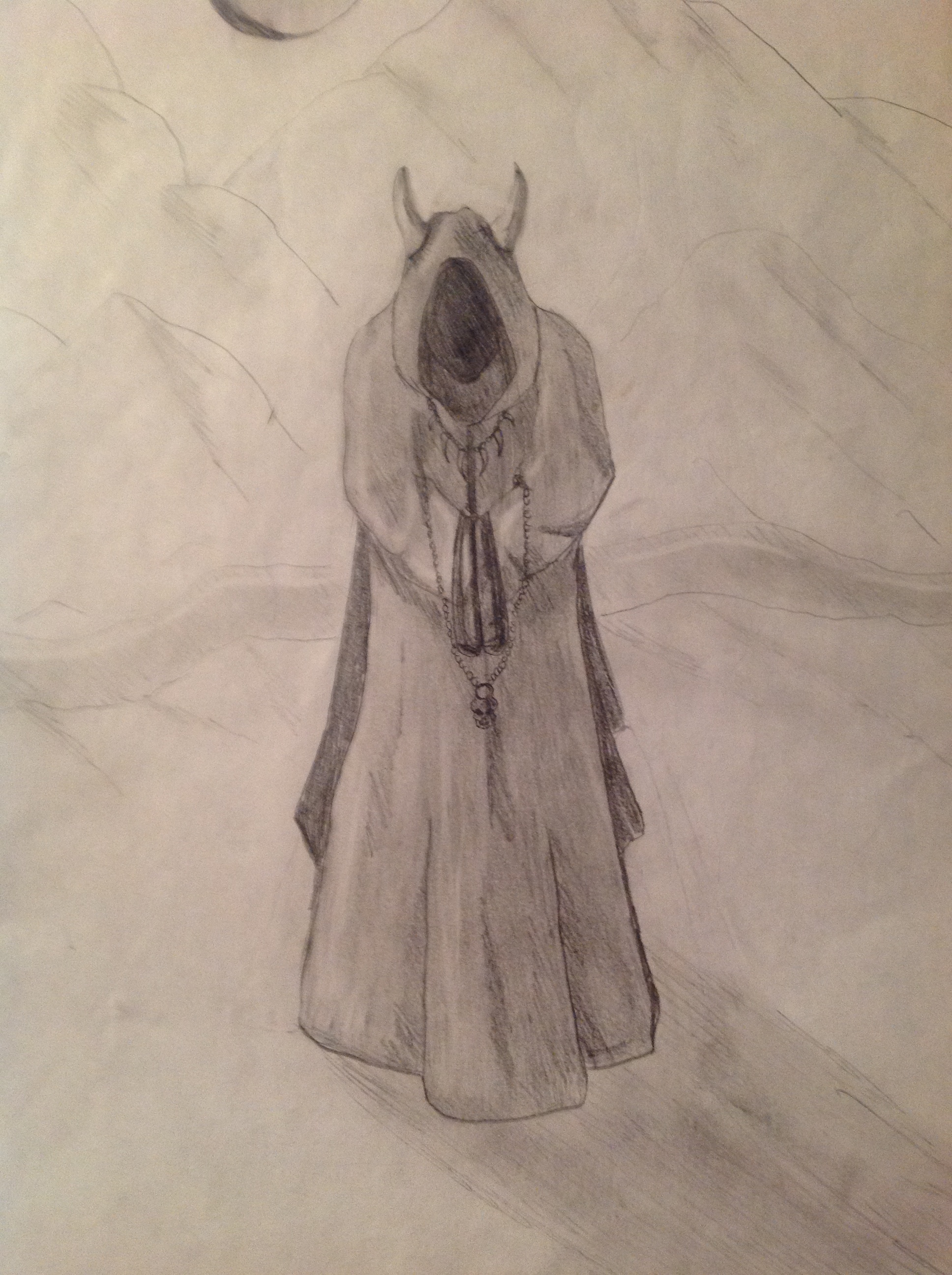 He’s mildly ok. The background is pretty boring. His necklace should probably be beneath his sleeves…realistically speaking.

After a long layoff, during which I played too many video games, airbrushed cheesy T shirts, and pretended to be an author, I started drawing again. But this time I tried to take things more seriously. I wasn’t just avoiding homework or ignoring math class. I began doodling as a passion, not just to pass the time. 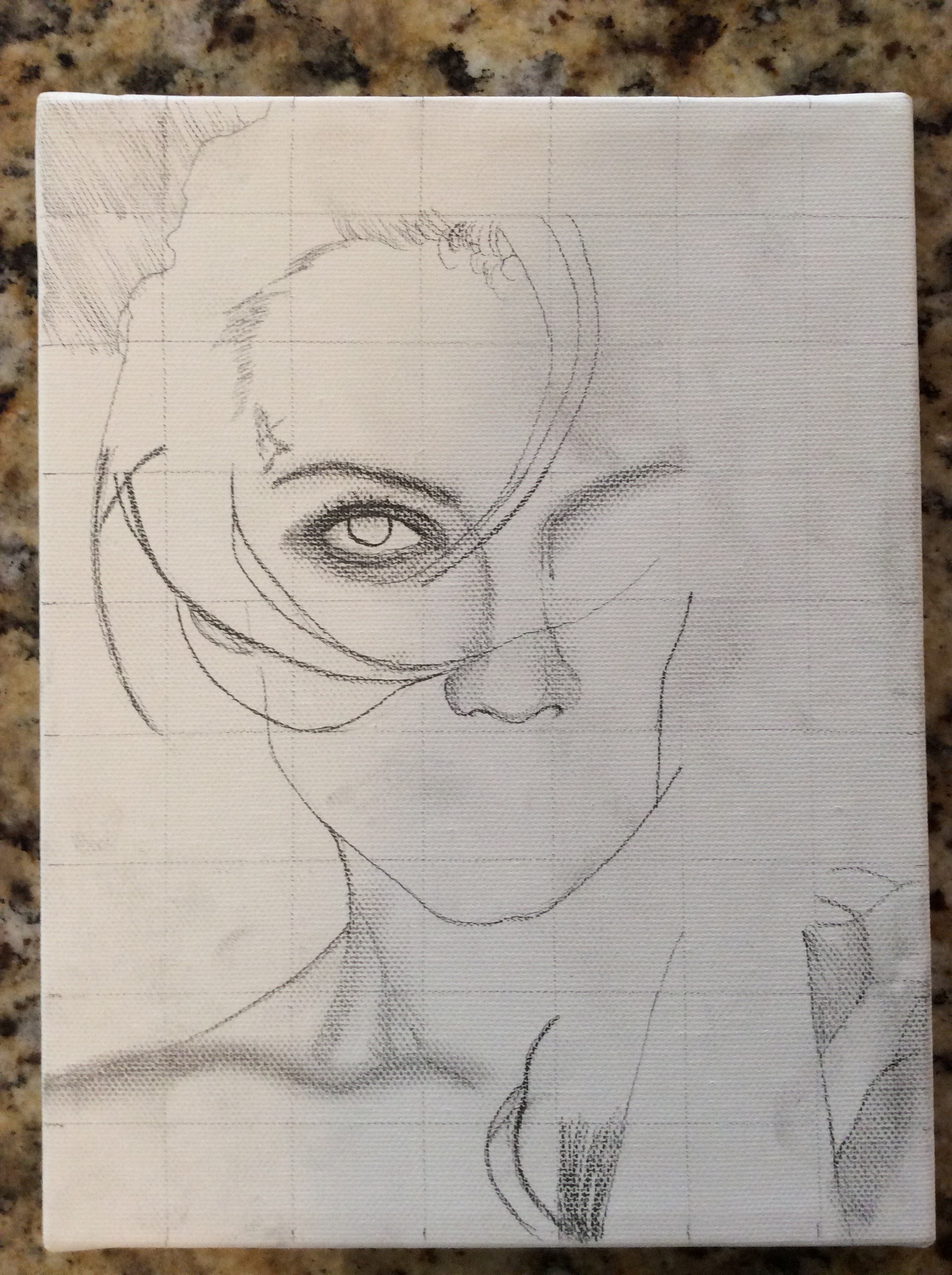 I used grids to help me get back in the feel of drawing faces. For this girl, I almost left her as-is. She looks pretty intense, right?

Changed my mind. Finished her. Added some blue. 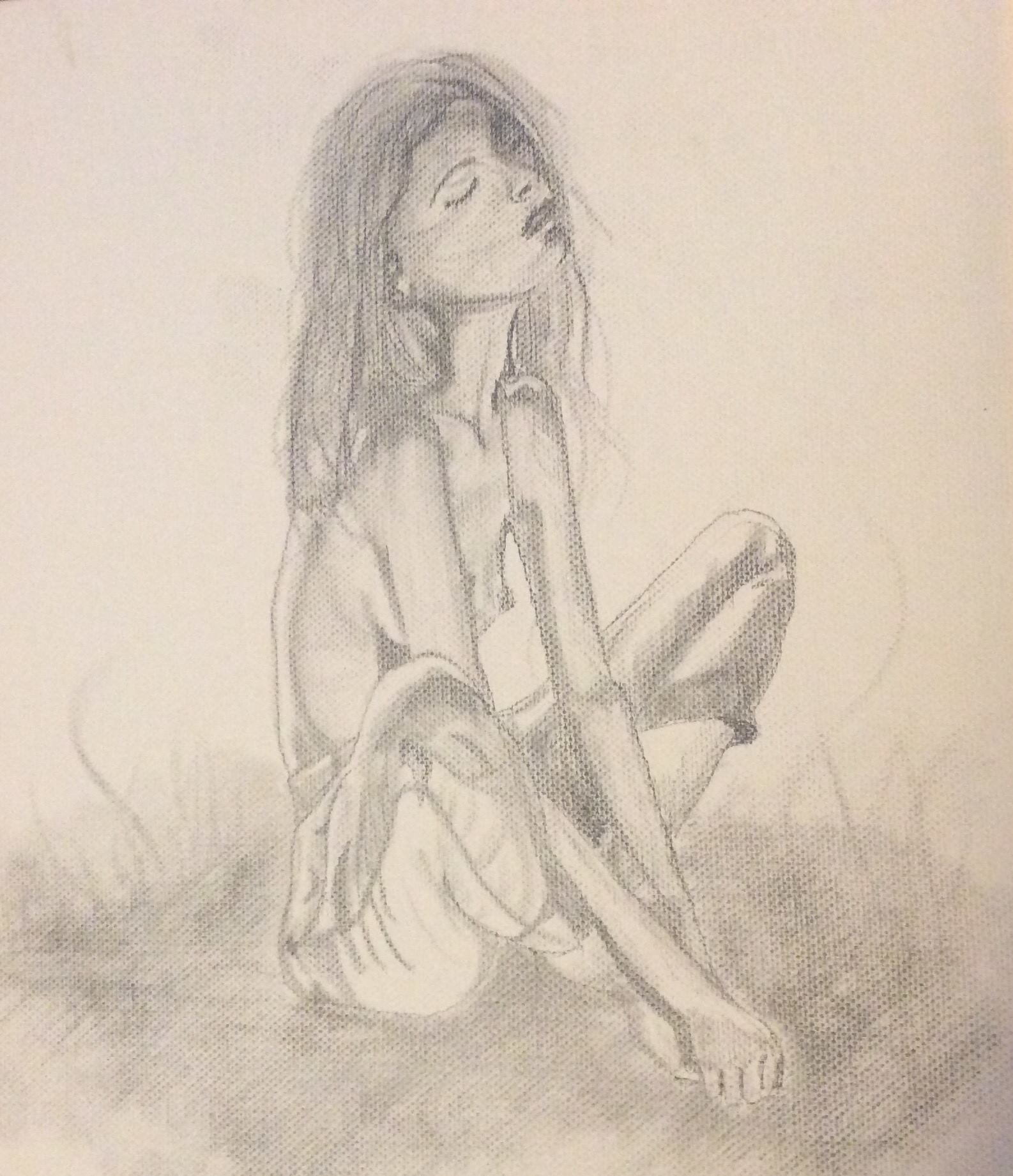 She probably needs a sandwich. But I like the feel of her pose. And the grass she’s sitting in. 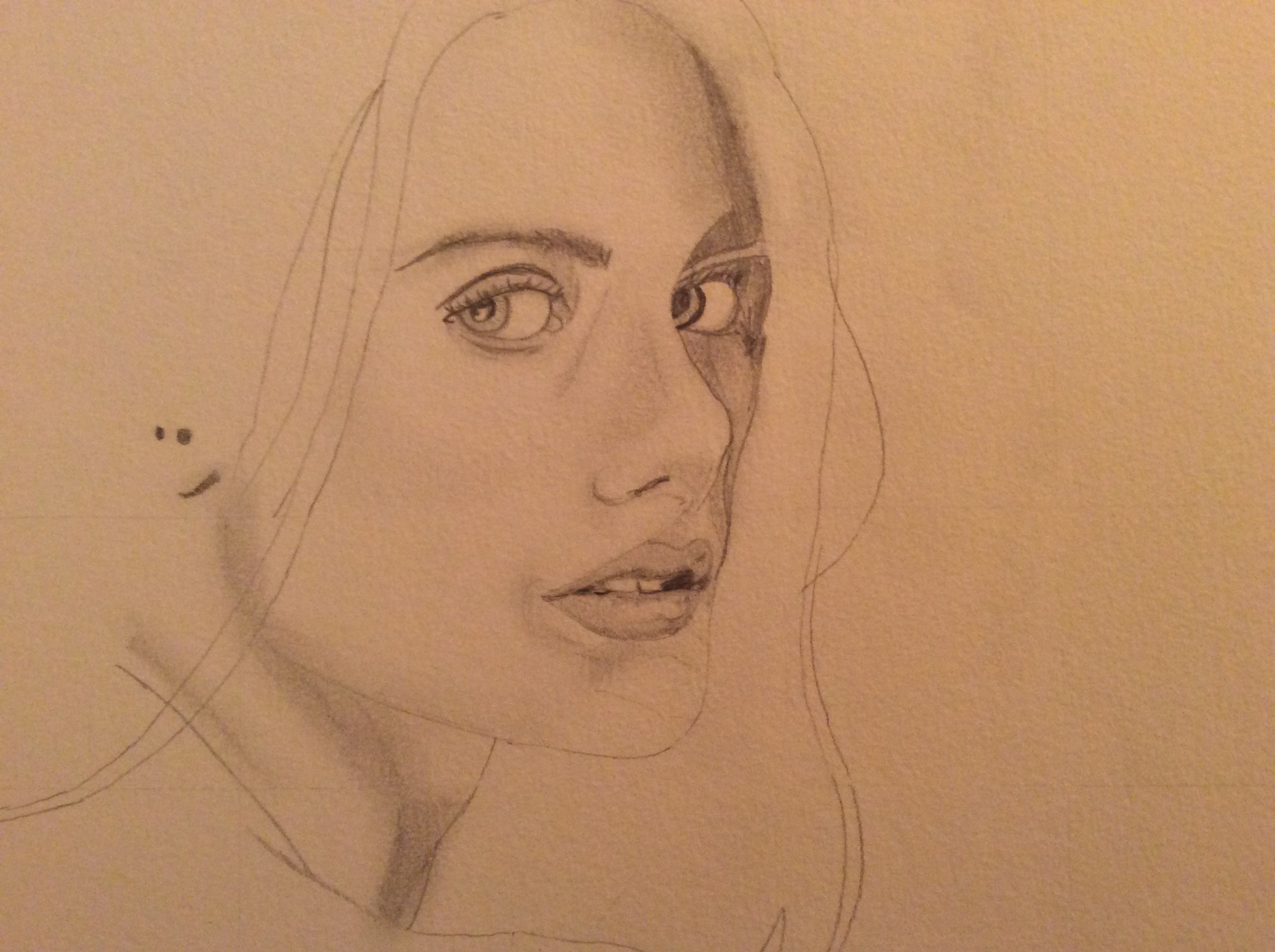 Now look what you did. You pissed her off. Smooth move. 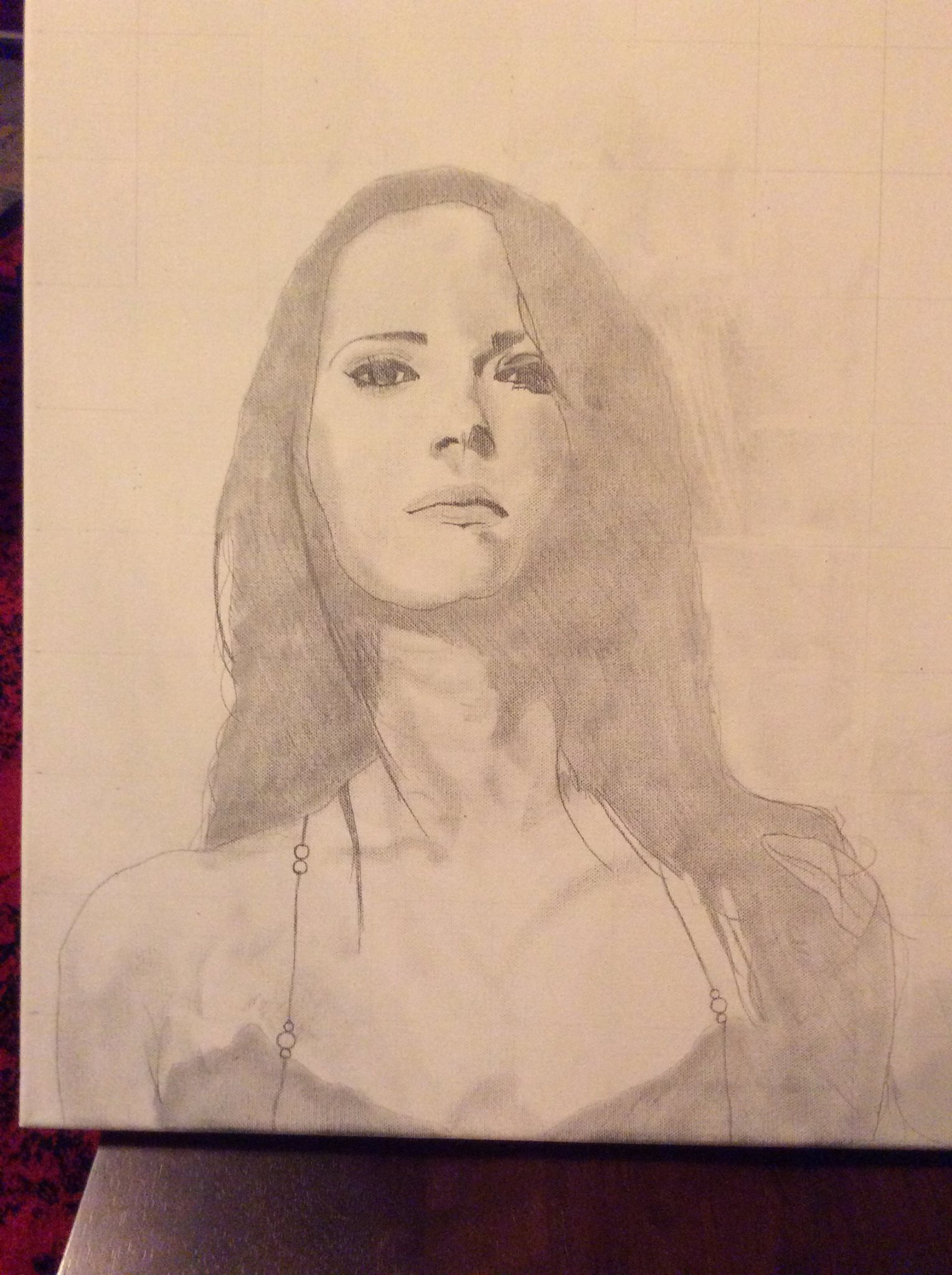 More grid work to help with her mouth and eyes. She’s the heroine in my fantasy novel series. You’d be serious, too…if you were in her shoes. 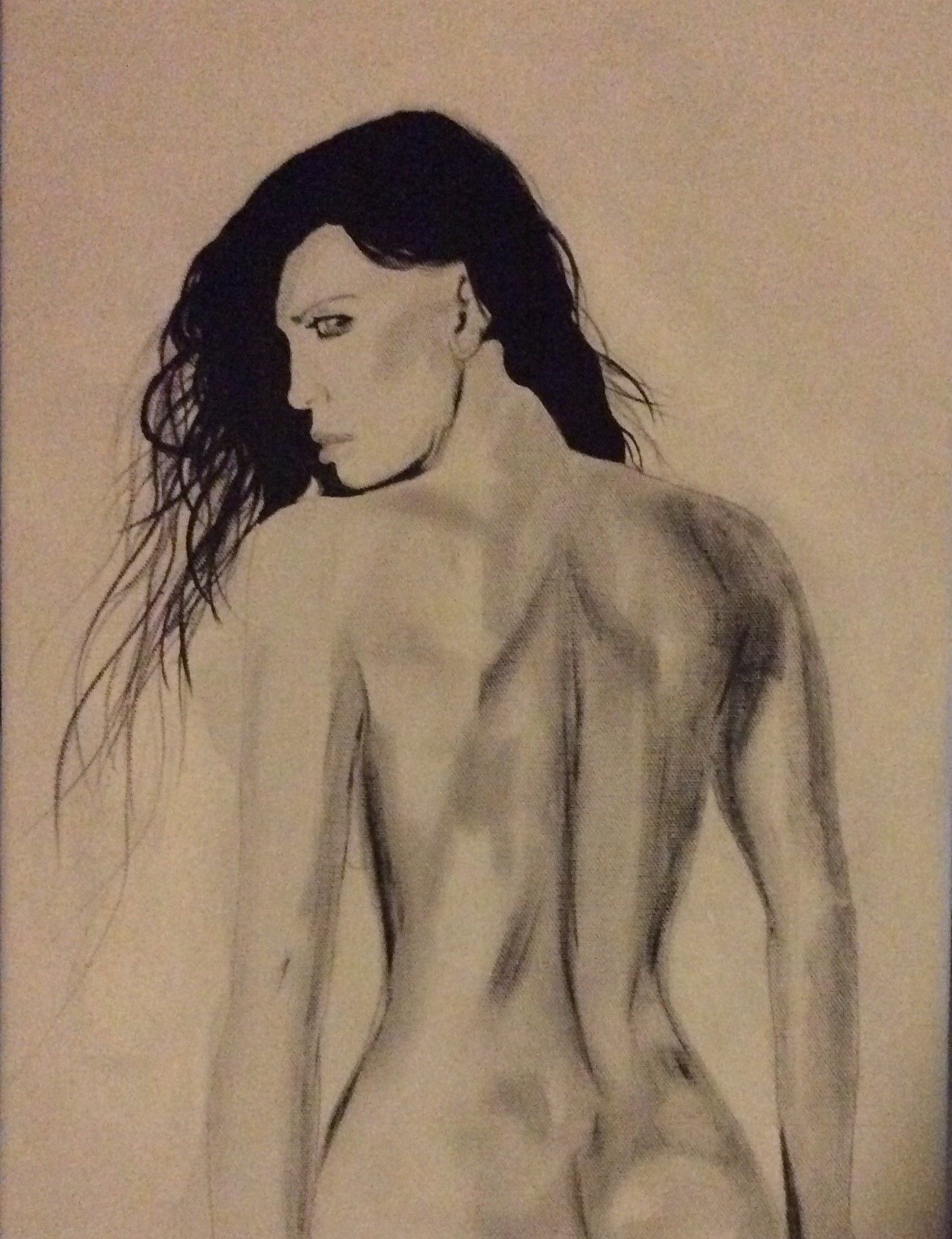 An intense warrior woman. For no reason other than I felt like it. Look at her shoulders. She’s pretty much ripped. 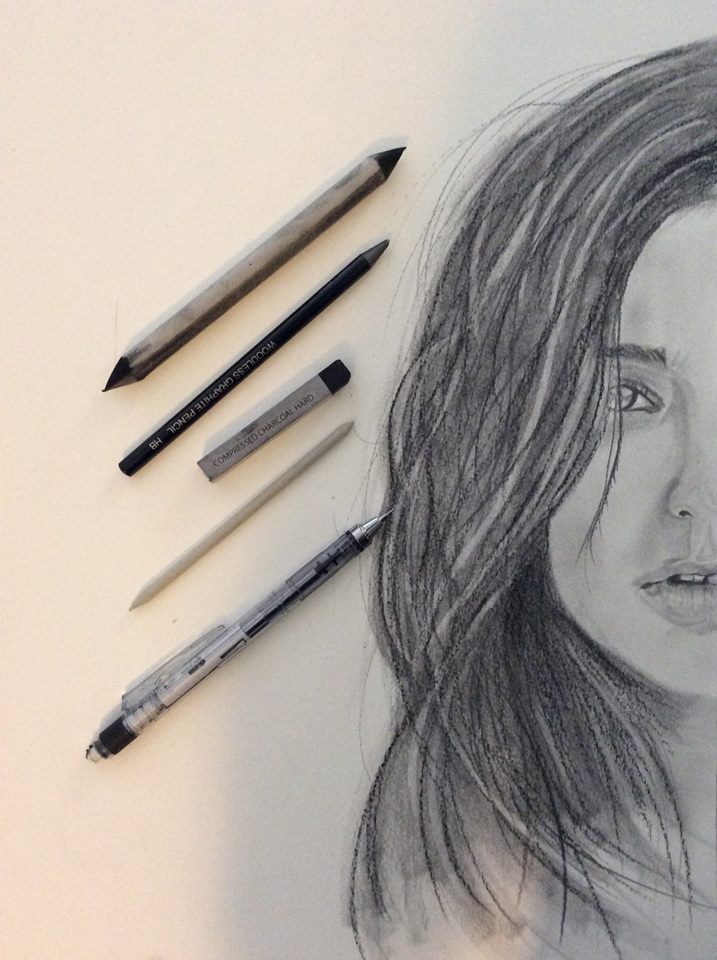 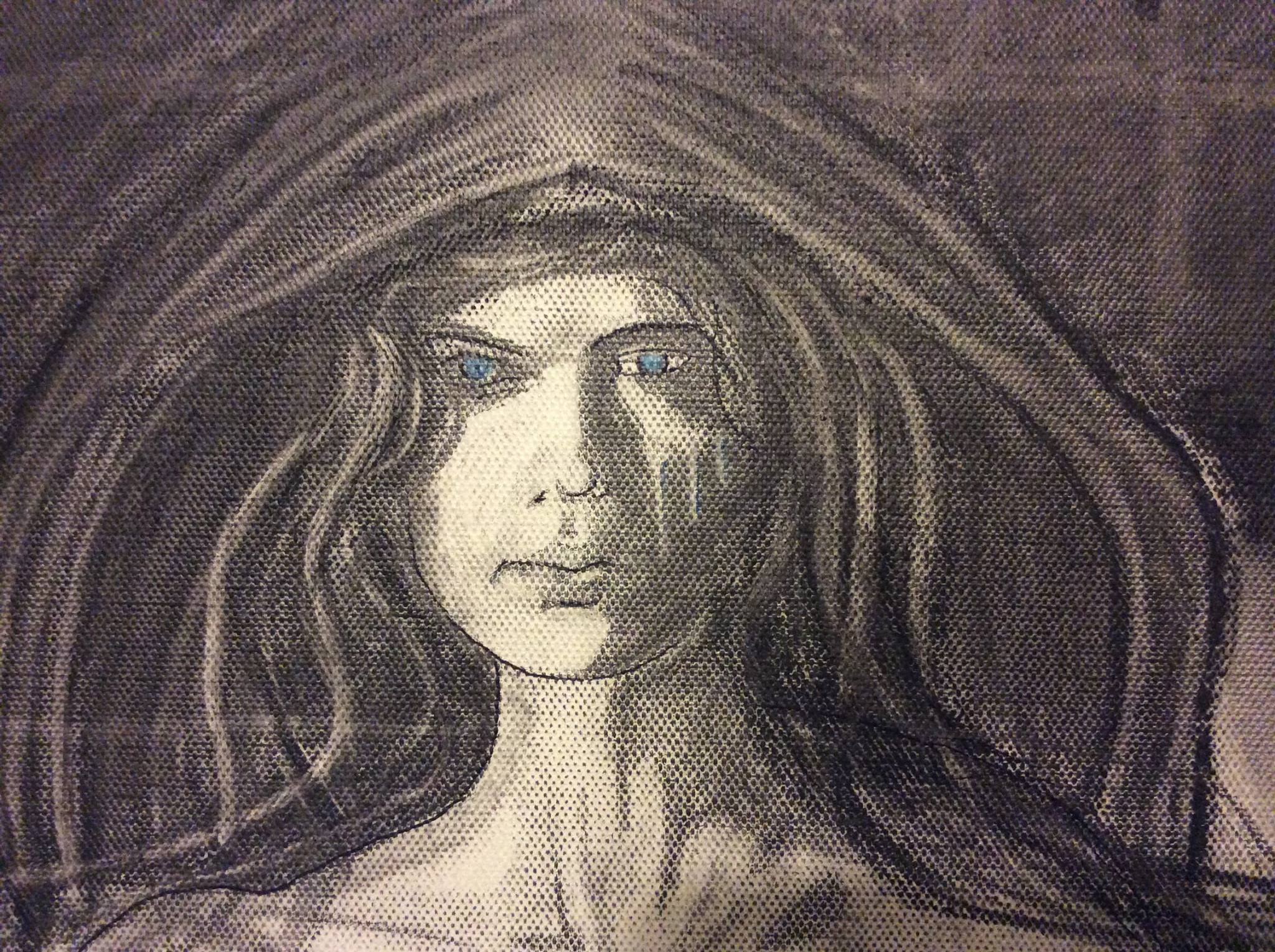 …and with the powdered graphite, I went nuts. This fearsome girl stands five feet tall on a giant canvas. 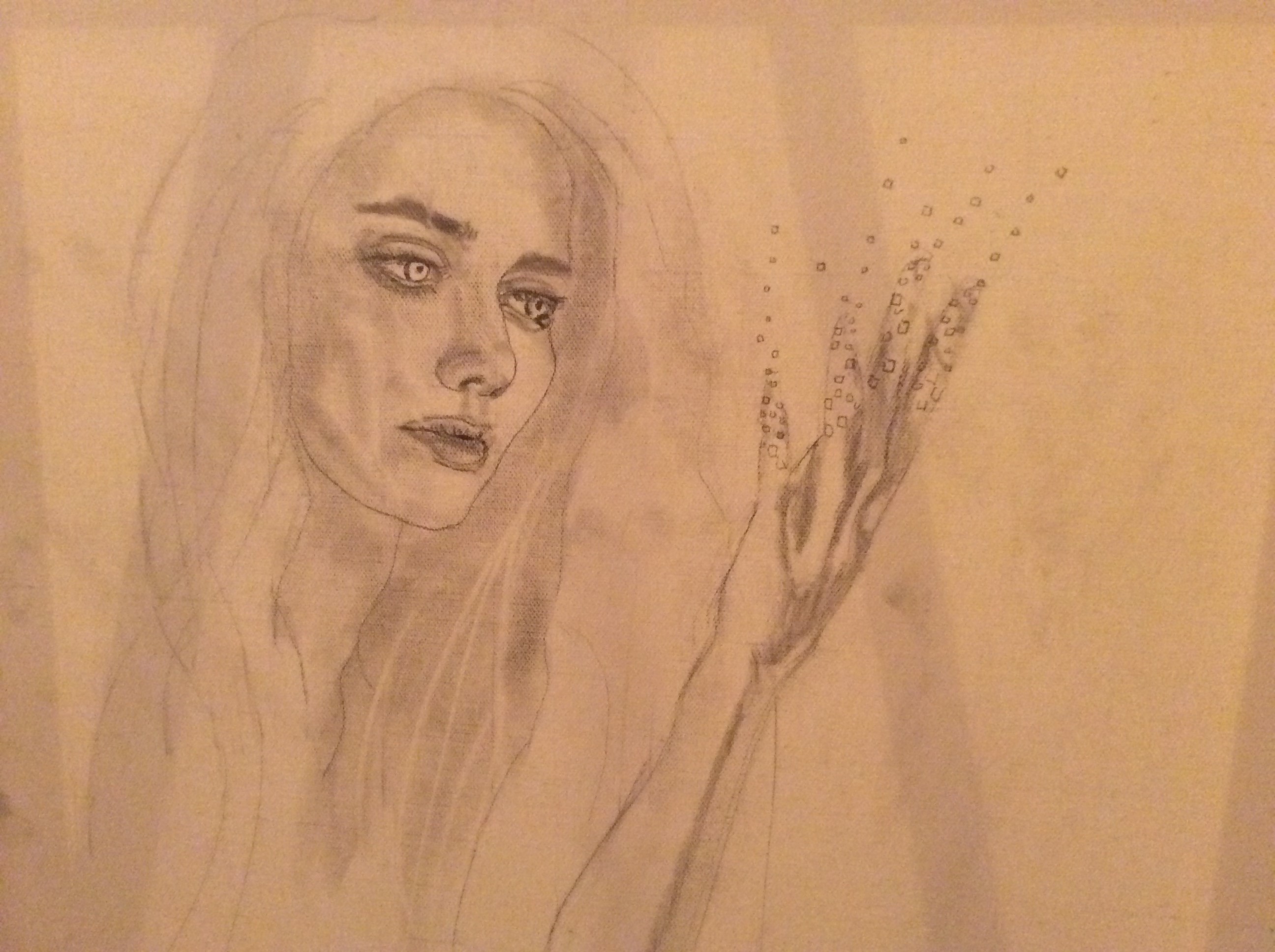 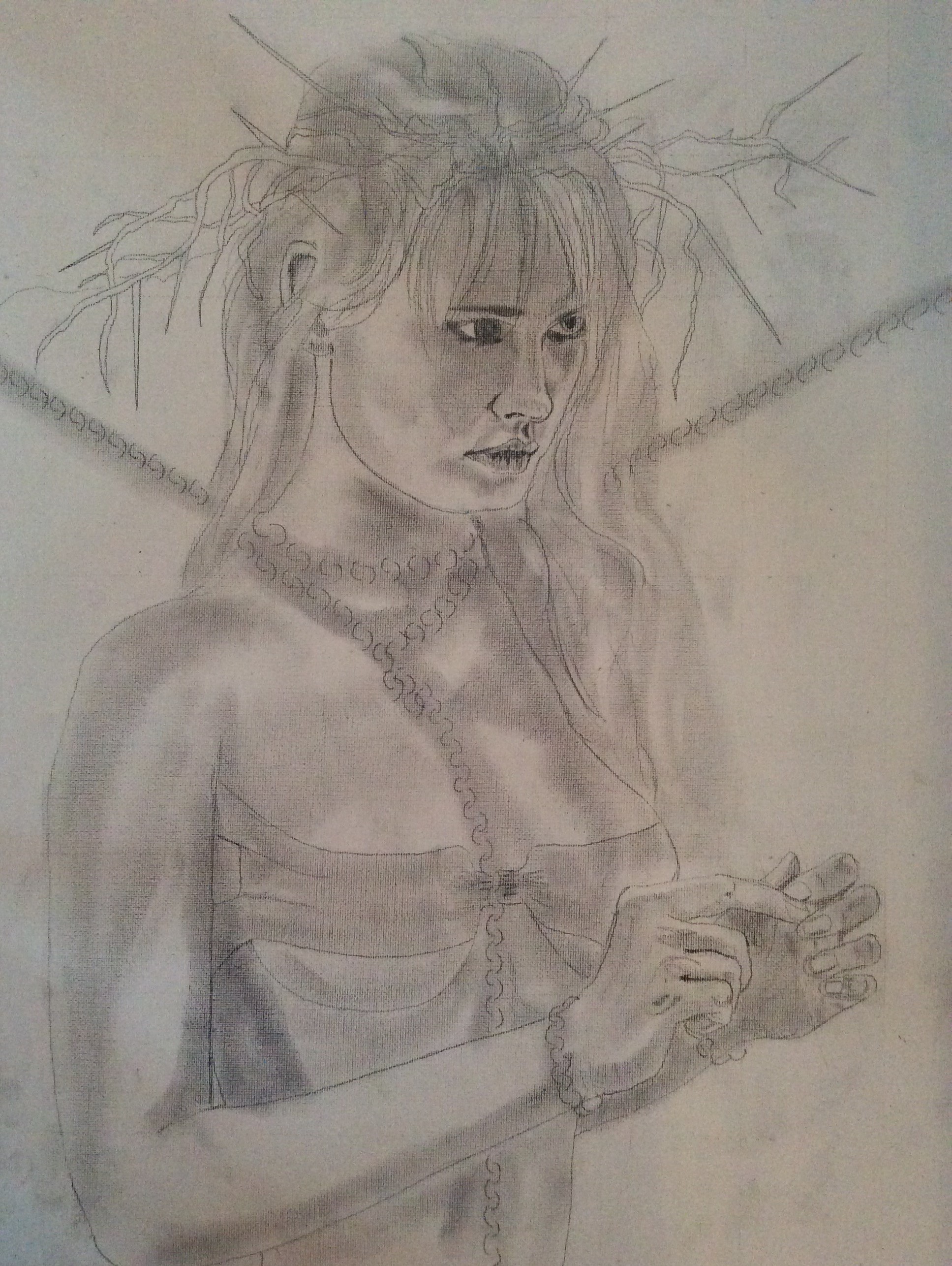 Dreaming of Vengeance – A sad, sad girl with a crown of thorns. She’ll have her day. You just watch… 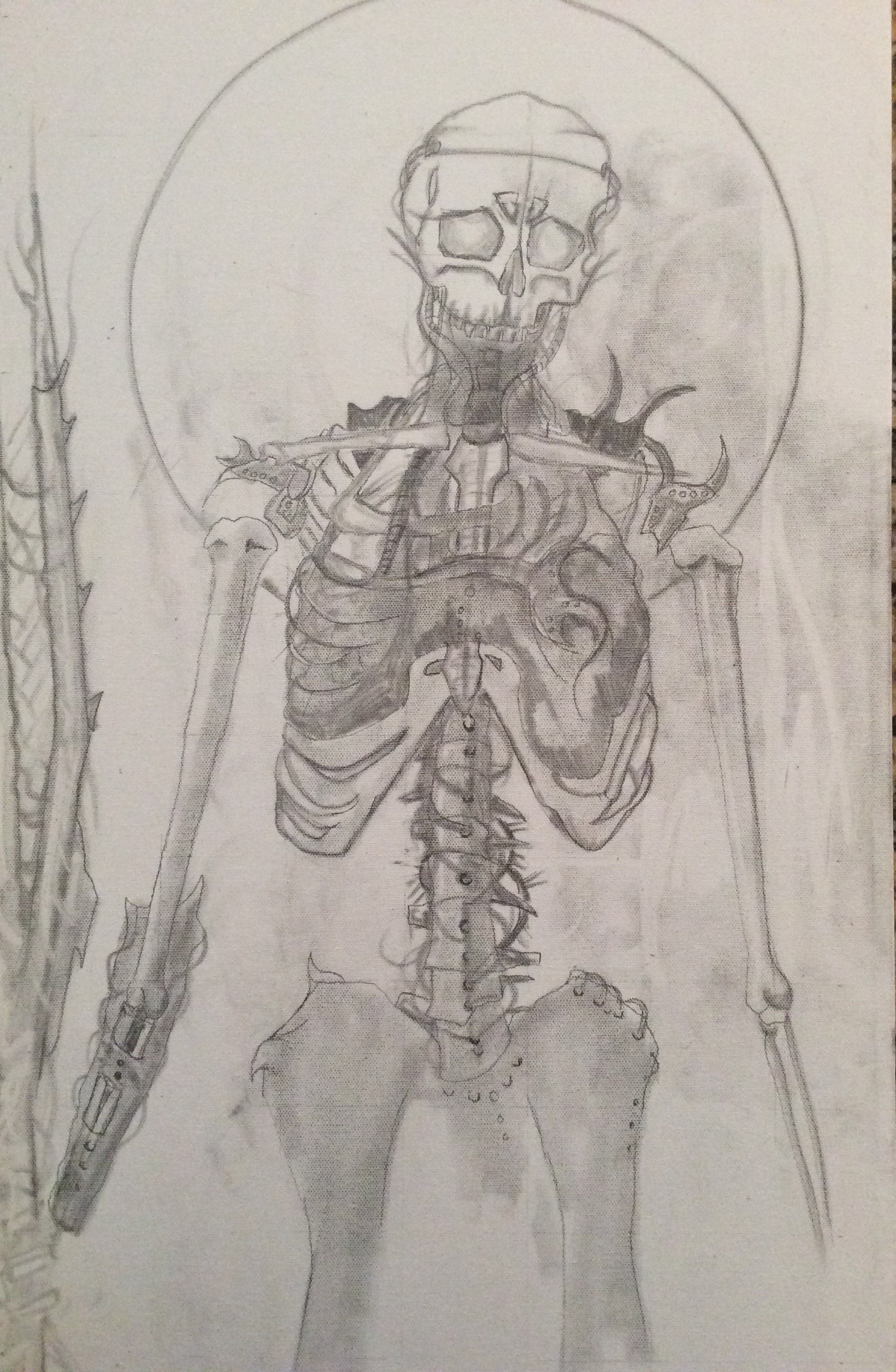 Strigoi – This guy later became a huge painting…and the primary villain in a sci-fi trilogy. 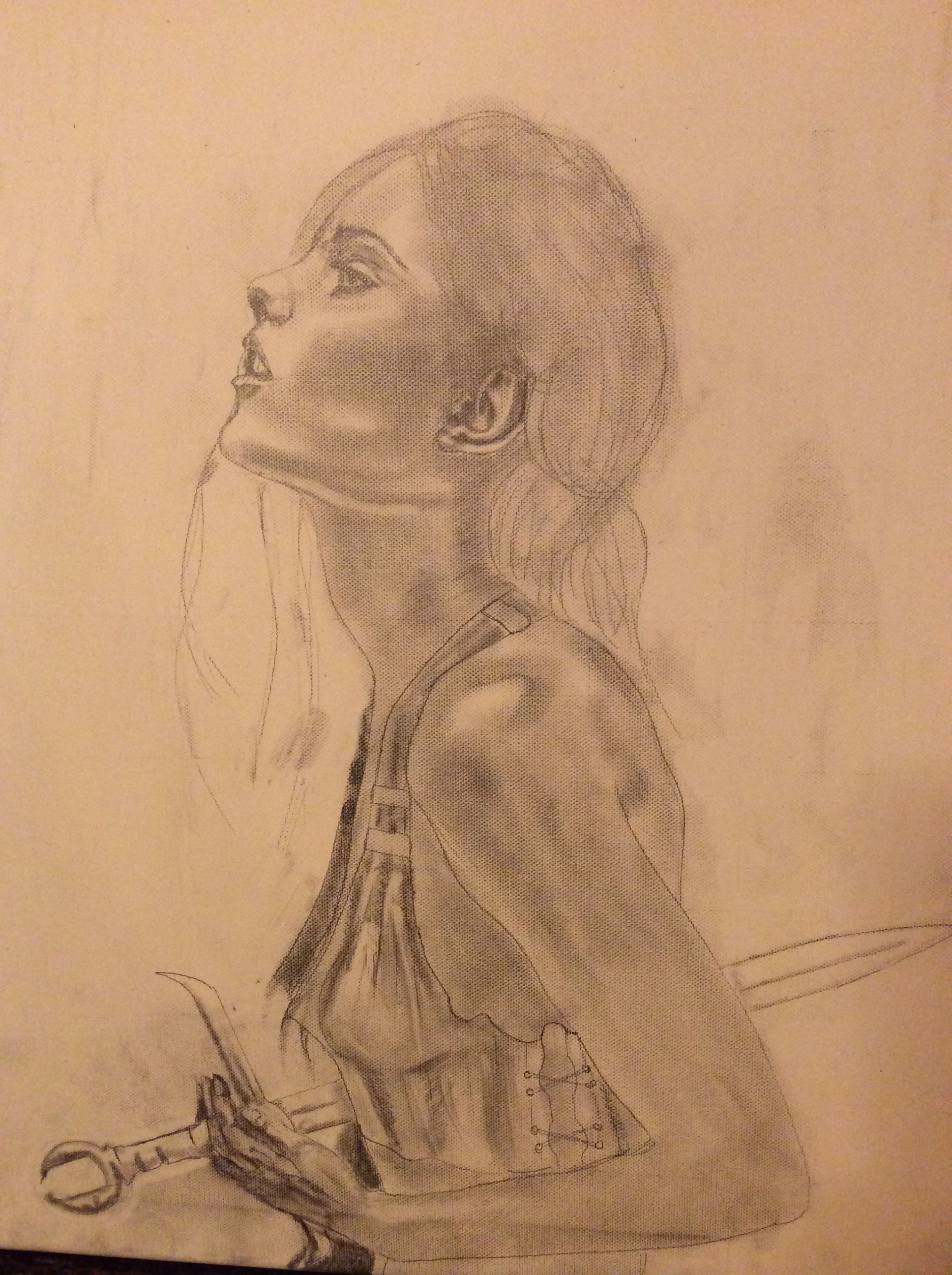 Beauty & the Blade – She thought she couldn’t die, so she pierced herself. Turns out she’s mortal… 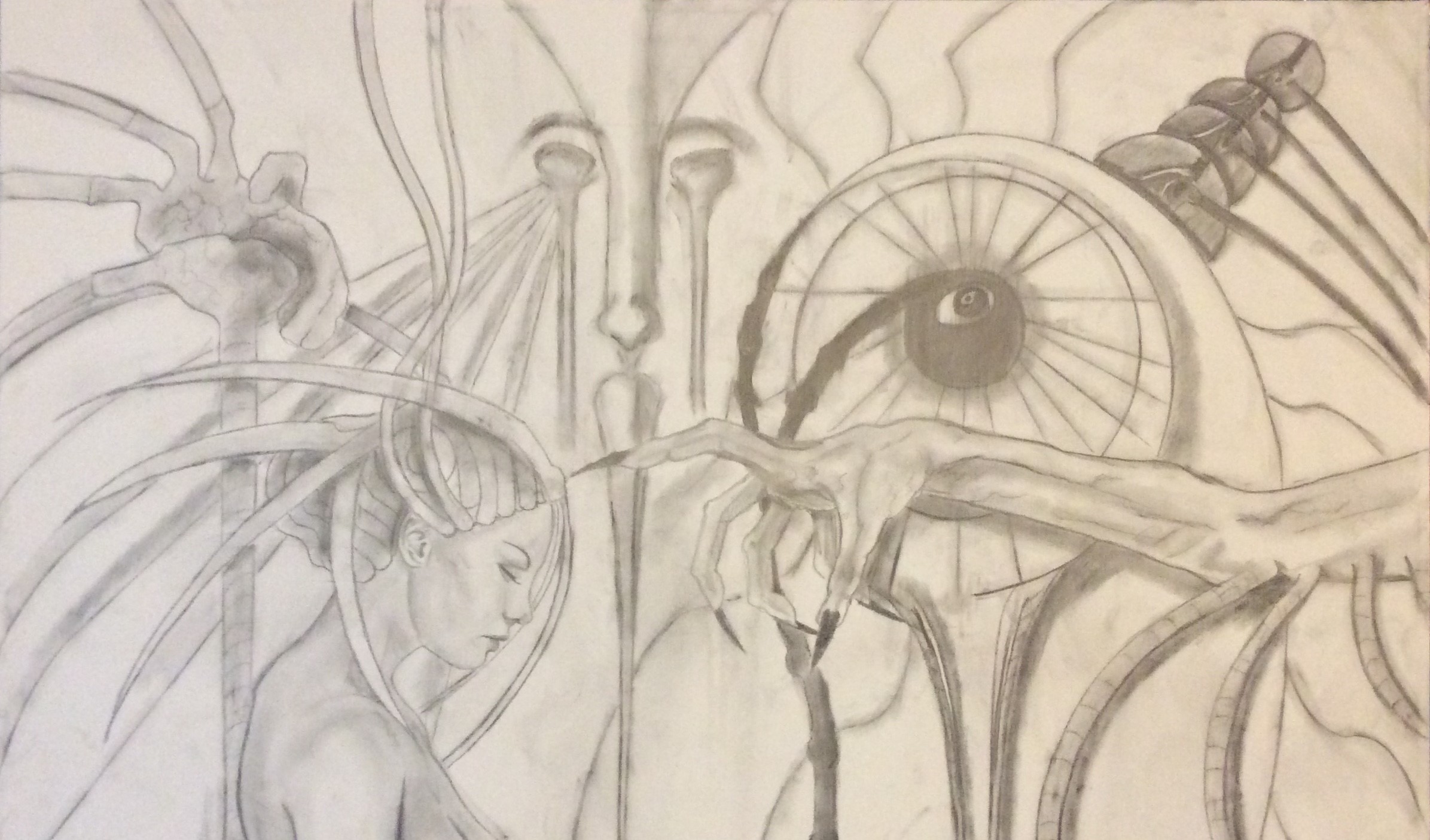 Chosen by Shadow – Now we’re talking. This drawing is 12 square feet large. Big, big, big. For most of my paintings, I don’t pre-draw all the elements. But for Chosen by Shadow, I did. 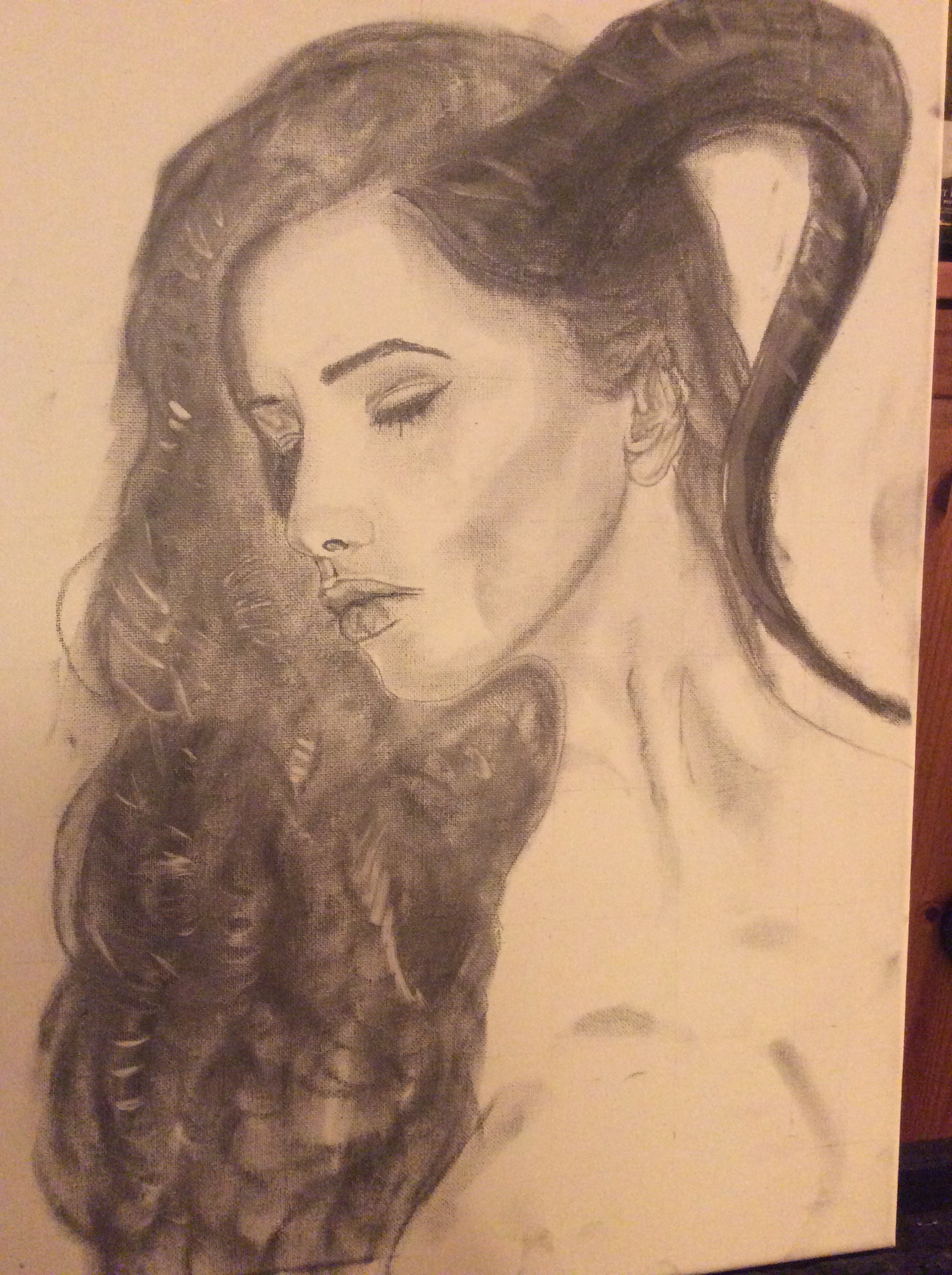 Satyria – Yep. You guessed it. I like girls with demon horns. Whatever. 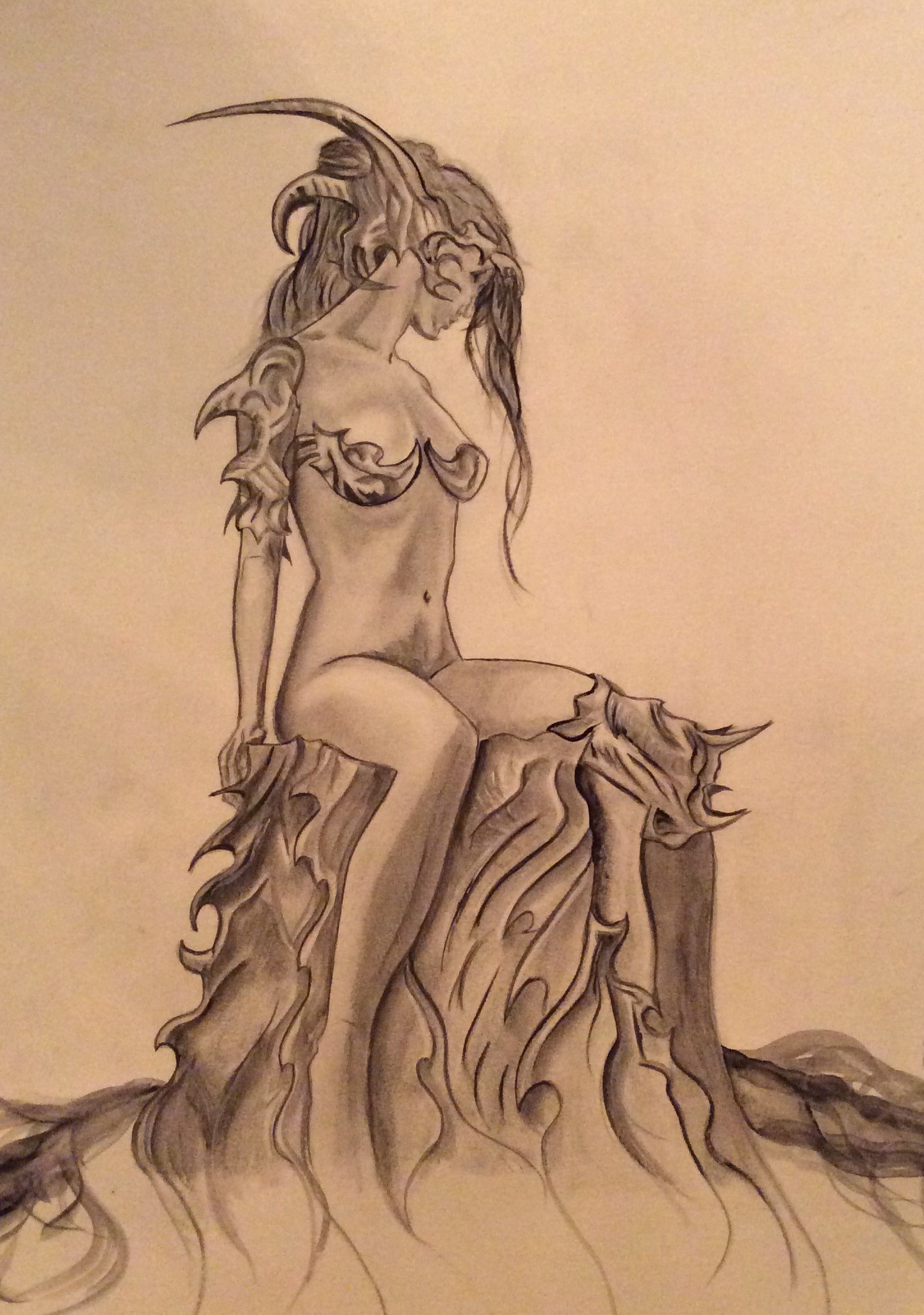 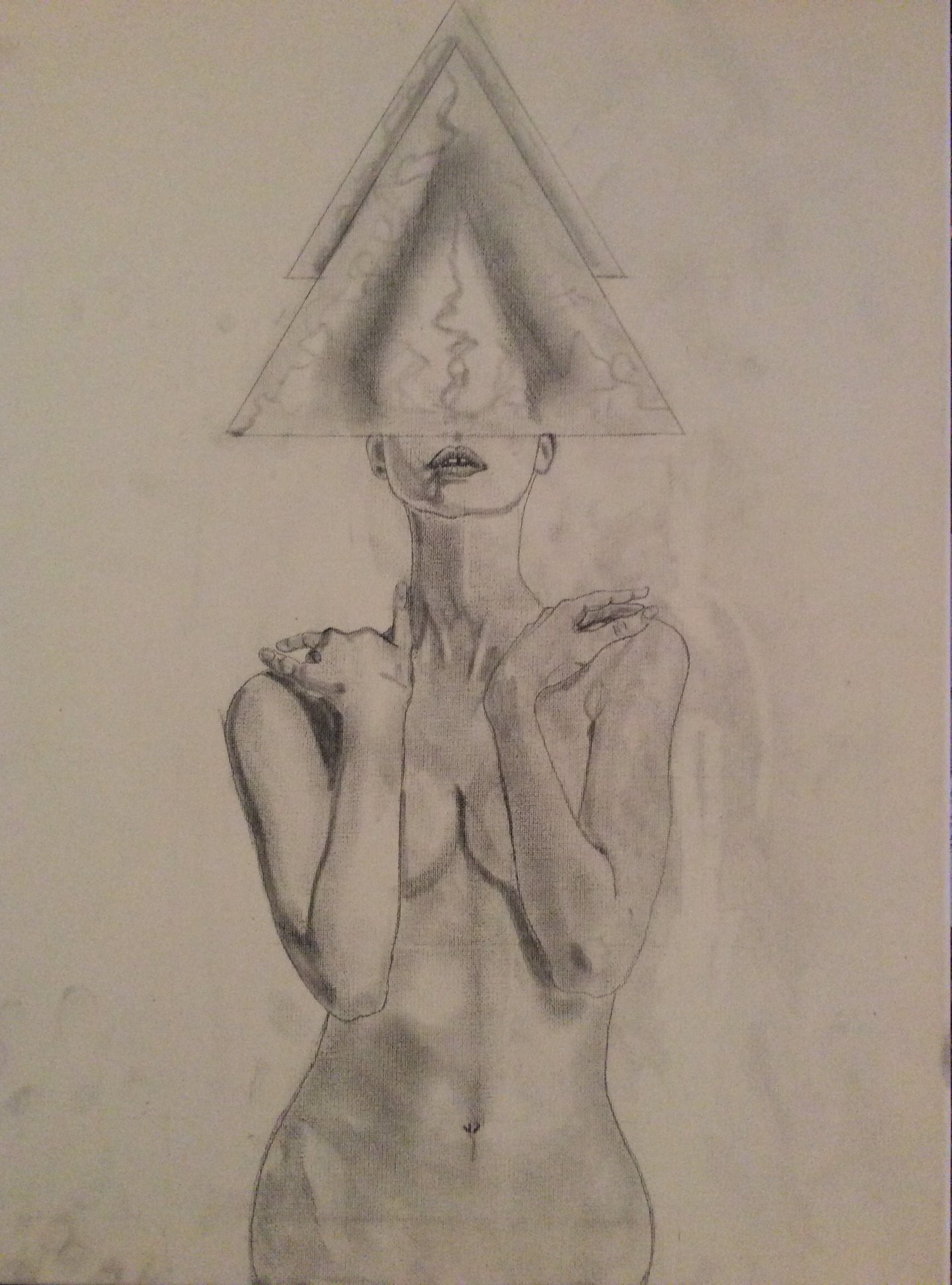 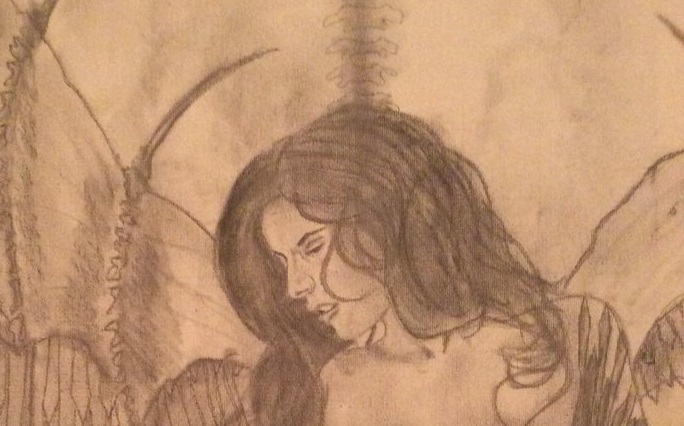 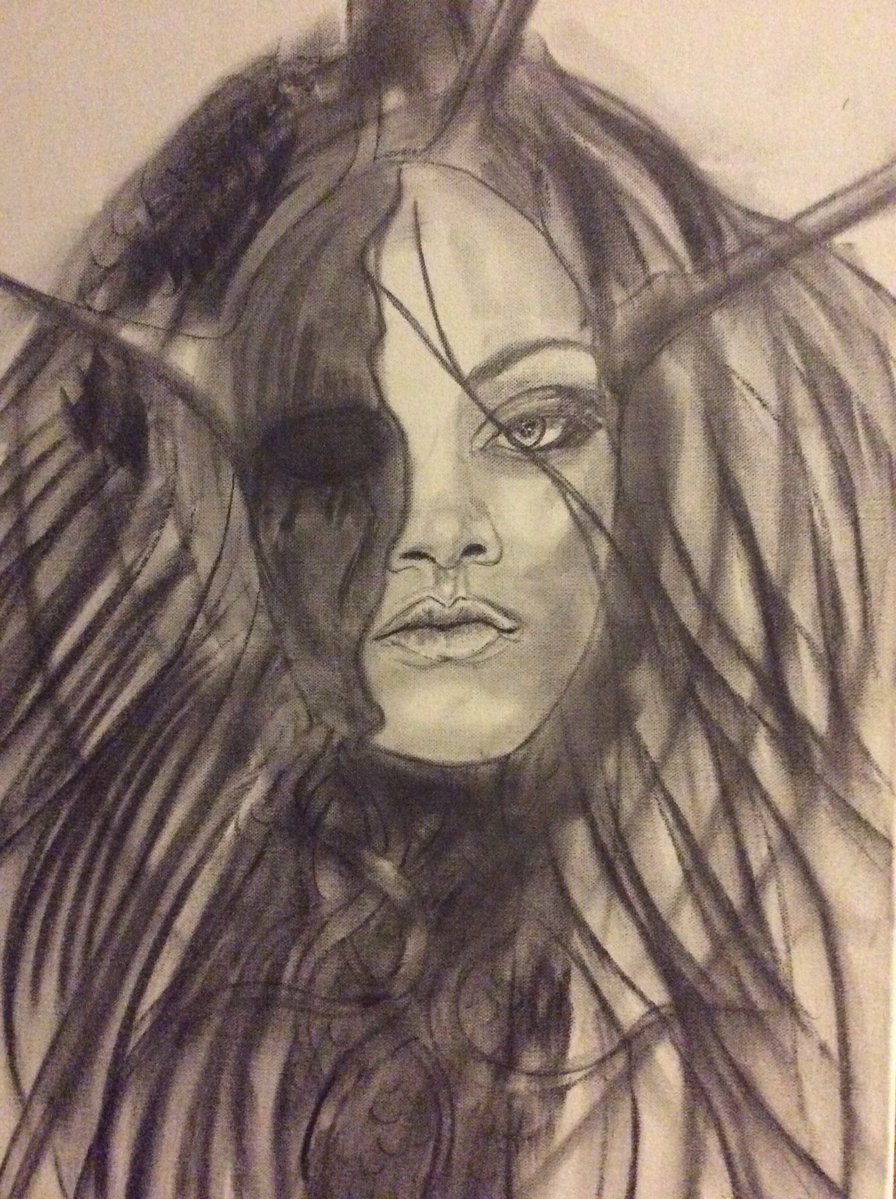 Devoid – 2019. Notice the lack of expression is sometimes as powerful as a vivid expression.

Necromancia. She began as a deep black graphite/charcoal pencil piece. I later splashed a few acrylic paints in for the bone color.

I hope you enjoyed this little sketch timeline. I’m trying to get a little better with each piece I create. And a little darker, too.

Like Loading...
Tagged  art in progress, art progression, every day original, how do i draw women, how to draw action, how to draw nudes, J Edward Neill, learn how to draw, learning to draw, practice art, practice makes perfect.
Bookmark the permalink.