My life as a single dad (while making art)

Let’s be clear about one thing: I wouldn’t have it any other way.

But with that said, single dad art-making ain’t always easy.

Almost six years ago, my son (the G Man) burst into my life. He was the Kool-Aid Man breaking through the brick wall of me. Upon his arrival, I prepared myself for sleepless nights, hours upon hours of crying, and the end of all my life’s plans. But as it turned out, none of that really happened. The G Man slept astoundingly well. He rarely cried. And as for my life’s plans, they turned off the path by a few degrees, but were hardly shattered.

But there were two things I didn’t count on.  The first, me almost immediately becoming a single dad after G Man burst onto the scene. The second, finding out my son was also my best bro, my comrade-in-arms, and someone who never wanted to leave my side.

Which, as a writer, painter, and 1,000 mph blogger, wasn’t something I was fully prepared for. 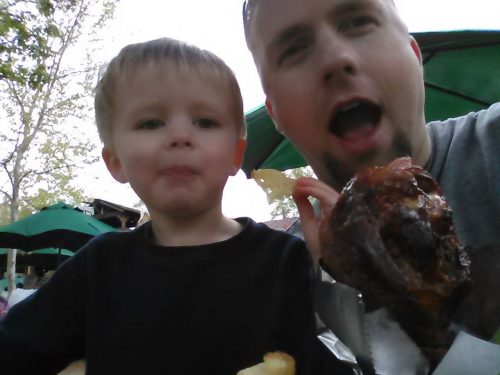 We destroy our turkey legs as a team.

Yeah…so…while it turns out my writing and painting didn’t slam to a halt, they changed. A lot. Let’s start by talking about sleep. As a young dad, I’d always had this notion that my son’s bedtime would be…oh I don’t know…8:30ish. Nah. Not so much. I admit when I meet other people’s kids, I’m alllllllll about them being in bed early. But with the G Man, I find myself allowing him to stay up late. Like late, late. So instead of waging war over arbitrary bedtimes, I dim the lights, turn on the music, and dive deep into conversations I never thought I’d have with a five-year old.

And why didn’t evolution grant sharks the ability to fly

And so the months went by. G Man turned 3, 4, and 5. 8:30ish bedtimes became 9:30ish. 9:30 became 10:30. Chunks of late-night time I’d once devoted to painting, writing deep, dark novels, and meditating morphed into something else, something just as sacred yet completely different. While I’d never judge other parents for putting their kids to bed early, I just couldn’t do it with the G Man. I begun to crave playing silly games, watching kids’ movies, and teaching him how to master Zelda – Twilight Princess. “I’ll just sleep less,” I told myself. “I’ll start writing at midnight. That’ll work. Right?” 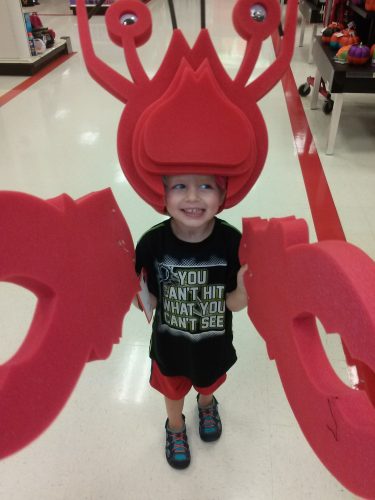 Trying on lobster costumes at approx 11PM at Target. Who needs sleep anyway??

Now don’t get me wrong. It wasn’t all roses all the time. By staying up all hours with the G Man, my production eventually took a hard hit. I started writing fewer than half the words per night than I used to. I finished maybe four paintings per month instead of ten. My sleep suffered, not because of staying up late building Lego armies, but because I still pushed my output to punishing depths. I swore off sleep in favor of creating things. Later and later, I stayed awake each night.

But it turns out the human body has its limits. I couldn’t keep pace forever. My mind and my work begun to crumble. I suppose a more reasonable person might’ve said, “Hey, it’s ok. You’ve earned a break. Be at peace with creating less in favor of more face-time with junior.” 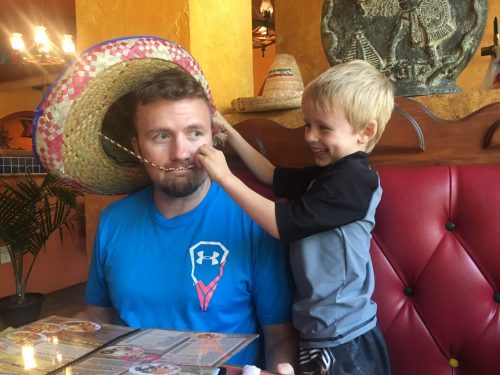 That’s me running on zero sleep (and margaritas.)

There’s an everyday equation we all must follow in life. It’s something like X + Y + Z = 24 hours. X is made up of the stuff we have to do each day. It’s work, chores, commuting, and other obligations. X is the hardest to change. Most of the time, it is what it is. The weekday value of my X is approximately 13. That’s a lot, but I’m aware some people have it much worse. As for Z, it’s exactly what you think it is: sleep. Some people can get by on 4-5 hours. Others need 8-9. The more sleep one gets, the better one’s mind functions. Therefore, Z can directly influence the quality of the rest of the equation. My Z value is about 7 hours.

That means, on any given weekday, my X + Z value is somewhere in the 20 range.

Which means I have about 4 hours left over for Y.

What is Y, you ask? Y is free time. Y is options and choices. Y can be consumed by entertainment, exercise, planning fancy meals, et cetera. Or, as in my case, Y can be reserved for art. For writing. For creating. In any artist’s life, having a kid complicates the value of Y. It’s a complication I’m grateful for, and yet it remains. My single dad Y isn’t the same as a lot of other artists’ Y. Even when I’m free to embrace Y, I’m not really. G Man is always at my side, tugging, talking, wanting to listen to music together, needing to engage in conversation.

So I’ve made a compromise. During Y time, we paint together.

And if I need to write, he reads.

It’s a solution I stumbled upon about a year ago. And it was completely by accident. One day, as I tried to paint while G Man was discussing the anatomy of stumpy T-Rex arms, we stopped talking long enough for him to ask a simple question:

Yes. Hell yes. In that instant, I became a tornado of movement, laying out a dropcloth, handing him a palette, splashing out some colors to paint with. It took a few times for him to acclimate, but after a few weeks – and ever since – he’s been a painting machine. He even painted the cover of one of my books. Yes…seriously! 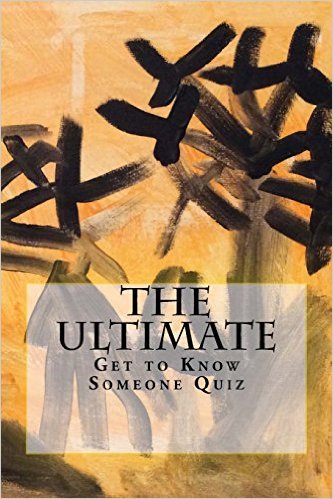 The painting problem: solved. A full 1-2 hours every day of Y value: freed up.

But what about writing?

Figuring out a way to write during G Man’s waking hours was more challenging. And yet…  The solution conveniently turned up mere months removed from the painting revelation. Four words: Goosebumps, Deep Space, and Ninjas. Into his hands, I poured R.L. Stine’s Goosebumps books, National Geographic magazines with lots of Hubble deep space images, and that silly series of ninjas-in-the-6th-grade books. Boom. Just like that, my Y time was defragmented. My painting output doubled. My writing was back on track.

And at the same time, G Man’s creativity soared. His reading skills improved drastically. His paintbrush moved with a mind of its own. (Only two spills so far.) He started asking for quiet time instead of demanding father-son Lego time. I was able to earn a tiny slice of Y freedom without planting my kid in front of a TV or kicking him outside.

Parenting is hard. This, I understand. What works today for me (and everyone else) might not work tomorrow. Soon enough, things like Little League, sleepovers with friends, and learning to drive will force some Y time to become X time. Ultimately, whatever becomes of my freedom, however small the slice gets, I’m ok with it. Because I’ll only ever get one chance to have a five-year old punch a sombrero off my face.

Here’s some of the stuff G Man allowed me to paint.

And here’s the book I finished on his watch.