Recently I watched and reviewed The Revenant. Which got me to thinking; what are the gravest moments in cinema? During what scenes does it appear all hope is lost and the bad guys about to win? What’re the deepest, darkest places movies have dragged me? Hmmmm…

Yeah. You guessed it. Here comes a list. I’m gonna wander some pretty random places with this. If you hate spoilers, you may want to move along. If not, let’s roll: 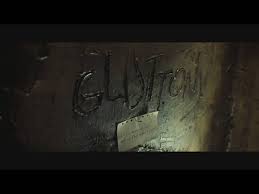 Honestly I could’ve mentioned almost any of the rainy, dark, grisly scenes in Se7en. The Sloth scene especially comes to mind, but I didn’t want to post the ick-tastic image of the dude dying in his bed, lest I gross everyone out. The Gluttony scene does just fine. It sets the tone for the entire movie. It’s scary and disgusting. It’s everything most of us never want to be: alone, corpulent, filthy, and dead. Yikes. If this scene doesn’t put you in a grim mood, nothing will. 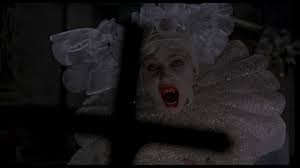 When I say killing Lucy, I more or less refer to the entire 45 minutes during which Lucy descends from being Mina’s pretty BFF into a depraved, child-eating, blood-barfing vampire. Cary Elwes lopping off her head is only gravy on the grimness. Lucy begins the movie as a cheerful soul swimming in an ocean of dour, unhappy Brits. And by the end, she’s ruined. Every part of this movie is enough to put me in the mood to write horror, but Lucy’s fall from grace is just plain…delicious. 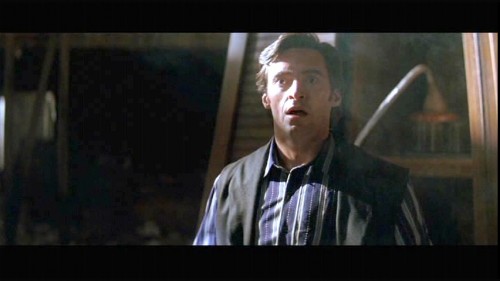 It’s no secret. The Prestige’s atmosphere always puts me in the mood. It’s my personal fluffer girl. It’s the ‘uh’ to my ‘huh’. The slow sense of despair that builds throughout the movie sets a tone like no other. That said, the darkness really starts when the Great Danton starts murdering all his doubles. He shoots himself. He drowns himself. He leaves his clones in huge vats of grey water. And then, at the end, as he breaths his last few breaths in an alley of clone-corpses, we wonder which Danton really died during all his magic tricks. The clones? Or the real Danton? Are you watching closely? 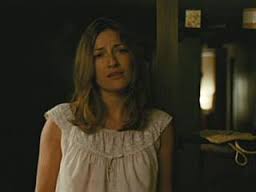 The first time I watched this movie, I never saw this scene coming. I figured we’d already broke every rule, every expectation. What was left to do, right? Chigurh had already killed the good guy (and pretty much everyone else). So what else can I say about this scene? It’s chilling on so many levels.

After Llewelyn’s wife (Carla Jean) says, “You don’t have to do this.” Chigurh smiles and says, “People always say the same thing.”

Does he kill her? Does he let her live? I mean…damn…

Most people I know haven’t seen this movie, so I won’t spoil it here. Let’s just say that there are no good guys, only grey, fuzzy shades of morality all too prevalent in the real world. As the Counselor sits in a grungy hotel room, praying for good news, we get a payoff that’s much darker than we expect. The theater I watched this movie in emptied in stunned silence at the end. Meanwhile my brain buzzed with all sorts of new ideas for messing with readers’ minds. 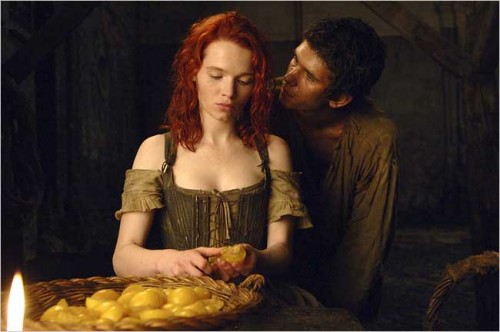 I’m convinced I’m the only person ever to watch this movie. If you haven’t seen it, you owe it to yourself to give it a try. I had no idea what I was in for when I sat down to swallow this little gem. When Grenouille, the creepiest, crawliest, skinniest villain ever, snuffs the apple girl early on, I only just began to grasp where Perfume was taking me. The scene wasn’t particularly graphic or gut-twisting, but sometimes a glimpse of darkness is all a mind needs before the gears start turning. I think perhaps after my kid falls asleep tonight, I’ll pop this one in, watch a little bit, and then get to work.

It’s probably worth mentioning I write some pretty dark scenes of my own.