Whatever you do, don’t screw it up.

That’s a ton of pressure for a writer to put on their opening line. I mean not everything can be The Dark Tower. 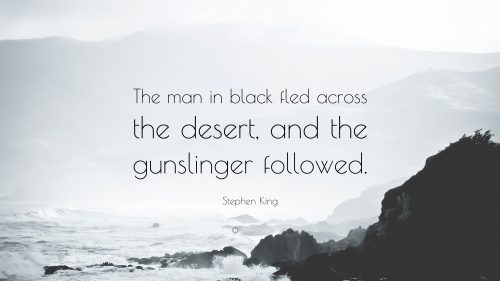 The movie Throw Momma From the Train focuses much of the writer’s block on that idea of not being able to nail the opening line. That if he could just do that, maybe the whole damn thing would flow.

I’m no Steven King (or Billy Crystal), but I thought it might be interesting to look at my own first lines.

A cheat of sorts as the main character is a fortune teller (who can actually see the future) and these are the fragments of his initial reading. While I like what I was going for, the idea of something quick, little flashes of information that Jason Mills was getting, it doesn’t ultimately grab you in a way I actually think the next line might:

“Are you sure that this isn’t going to hurt?”

That asks a question and makes the reader wonder and hopefully keep reading to find out what the hell is going on. Again, I remind myself that this is my first novel and the important thing is that it exists at all. Maybe I could have taken another year and finally hit upon the perfect opening line, but they say perfect is the enemy of done. 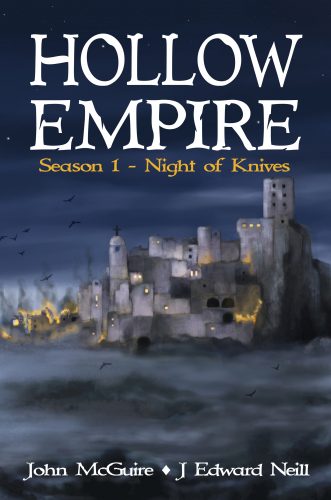 This is actually the first story within Hollow Empire (which is a Dark Fantasy set in a post-black plague). Within Hollow Empire follows four characters (two written by me and two written by Jeremy Neill). So should there be more weight with this line? Should there be something epic to set off the entire world rather than someone awakening from sleep? There is action happening, so it is an improvement from The Dark That Follows, but again I’m left wondering if the 3rd line might be a better beginning line:

“You slept with my wife!” 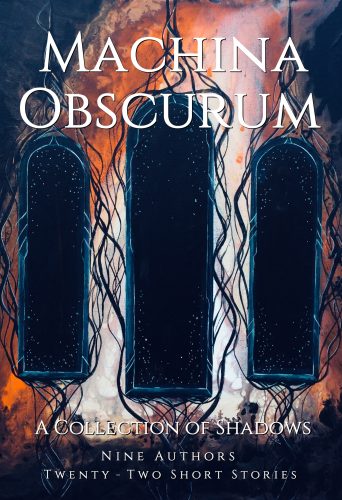 And I Feel Fine (printed in the Machina Obscurum Anthology)

Huh… I guess the Mayans were right after all.

I actually really like this opening line. Considering the story is a post-apocalyptic story it fits the narrator’s voice perfectly. Someone who has developed a somewhat dark sense of humor about her development of being one of the few (maybe only) survivor of the end times. This does a decent job of giving you a taste of the voice who’ll be leading you on your journey.

Til the Last Candle Flickers (printed in the Machina Obscurum Anthology)

Another one I like a lot. And yes, both my contributions to the anthology were apocalypse stories… what can I say, I have fears and sometimes the best way to face them is to put them onto the page where maybe they can no longer do you any harm. Maybe. Still, with this one it establishes that our main character either has a problem with the world or is simply impatient for things to end.

Only a couple of people have even seen this beginning. And while it may not grab the reader in the same way that prophesizing the end of the world might, I want to set the stage with this line. I need the reader to know that we aren’t on Earth and instead are starting on Mars. And while the book itself isn’t necessary about Mars, this mission Aaron Anders is on, will help determine his path throughout the rest of the book. Mars is his beginning.

This is just a tease, obviously. In the coming weeks, I’ll be announcing a release date for this one, so stay tuned for that.

I’m still learning, still trying to figure out the best line to start things off. And even if the first line isn’t an all-time classic, my hope is that as you read, you;ll still be forced into turning the pages and devouring the words. That the story becomes something you can’t put down for very long.

Writer of comics and novels. In 2006 his first short story "The God That Failed" was published by Terminus Media in their debut comic Evolution Book 1. Since that time he has had stories published in Terminus Media's Evolution Book 2 and Evolution Special, Kenzer and Company's The Knights of the Dinner Table, and Four J Publishing's The Burner #3. Currently he is eagerly awaiting the digital publishing of his first creator-owned comic The Gilded Age #1 to be published online as well as his first novel The Dark That Follows later this year.
View all posts by John McGuire →
Tagged  And I Feel Fine, Hollow Empire, John McGuire, machina obscurum, Opening Lines, The Dark That Follows, The Echo Effect, til the last candle flickers.
Bookmark the permalink.