Instead of looking at a crowdfunding campaign, I interview Kevin Glusing of Samurai Sheepdog about his latest project (available now), Play Manga d20. 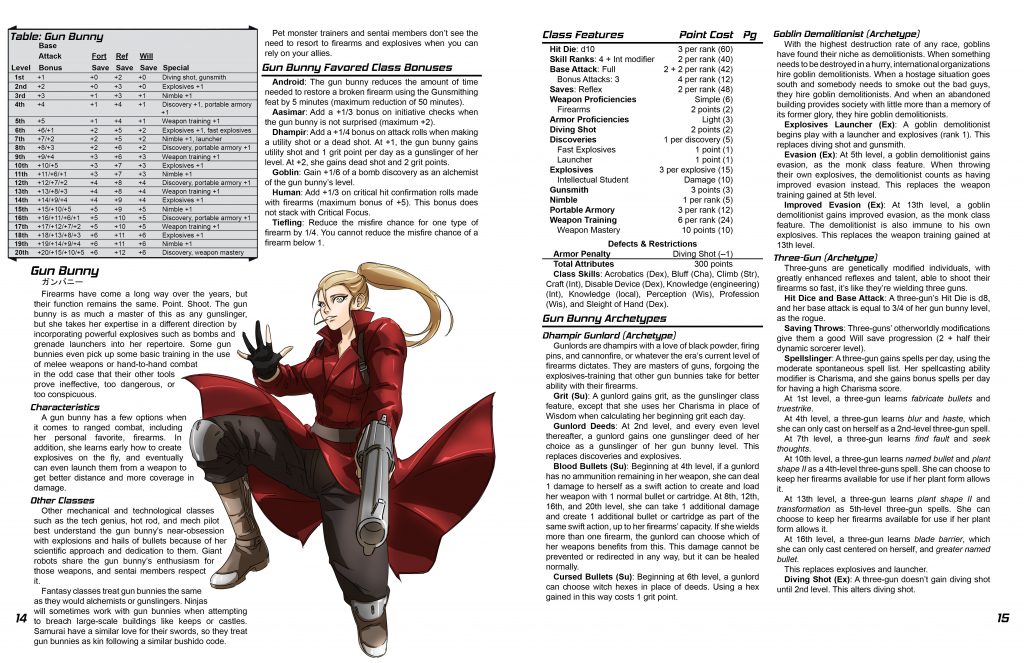 KEVIN GLUSING (KG): Play Manga d20 is an anime roleplaying option for the Pathfinder Roleplaying Game 1st edition. It includes ways to play point-based characters, as well as new options for Pathfinder races, classes, feats, and equipment. With over 100 attributes and defects, you have an almost endless number of options to build an over-the-top character for an anime-style game.

KG: The Pathfinder Roleplaying Game 1st edition. We based this book on ideas portrayed in another supplement that came out years ago for D&D 3e, and with Pathfinder being an extension of that system, it only felt right to grow into it.
Also, this was a great opportunity to show off our point-based balance system for Pathfinder classes. We did the math (behind the scenes) for every Pathfinder class that has been released. Using that, we were able to point out how every class, as presented is worth 300 points (taking into account updated options in Pathfinder Unchained). 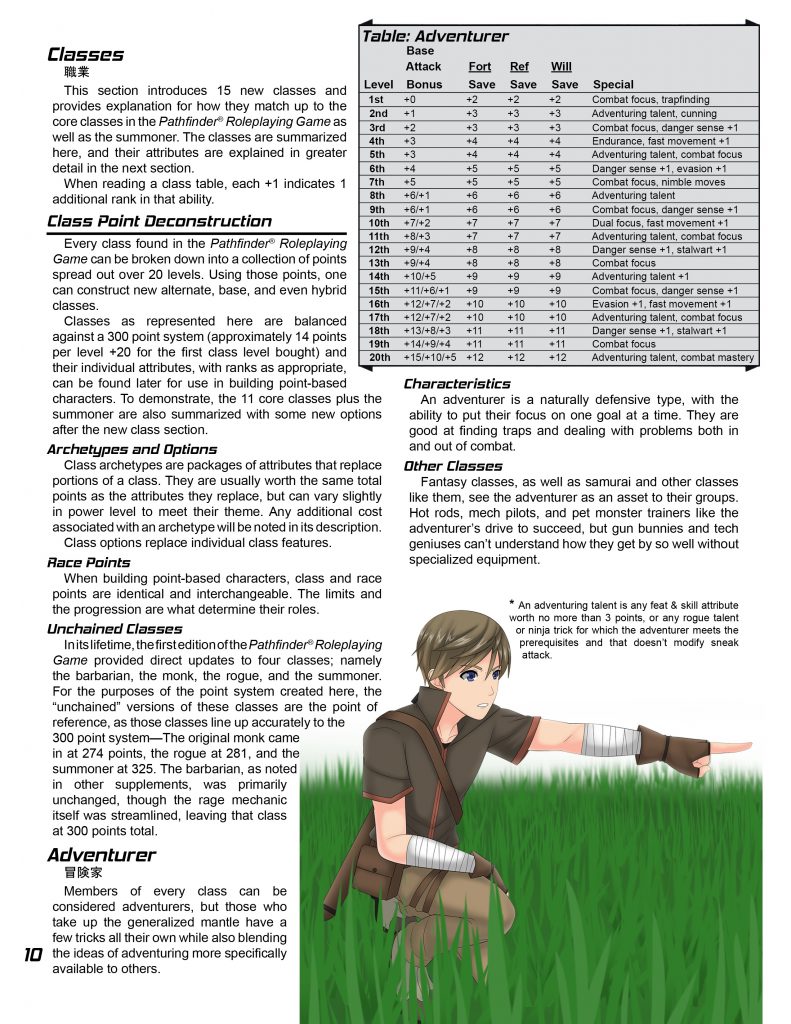 EGG: Manga consists of every genre under the sun and several that are not staples in America. What genres within manga work best with Play Manga d20?

KG: This first offering casts a wide net on the idea of anime and manga, with options for giant robots, mech pilots, pet monster trainers, students, and magical heroes, to name a few. We also have several races that fit common anime tropes, such as cat people, rabbitfolk, and ratfolk. Plus, we came up with a slime race for those who enjoy that particular show/story.
We’re already working on our first expansion to this, which closes its focus up some to just Fantasy anime and manga. It will include the remaining base classes, as well as the swashbuckler. Angels, demons, ogres, and monsters will also appear as races. If the content remains popular, we also have plans to expand into sci-fi, converting content from Starfinder backwards and balancing it to the system as well.

EGG: What are some of the mangas that inspired this project?

KG: Trigun, Hellsing, Dragon Ball (etc), That Time I Got Reincarnated as a Slime, Fairy Tale, Full Metal Alchemist, Power Rangers, Voltron, and so on. 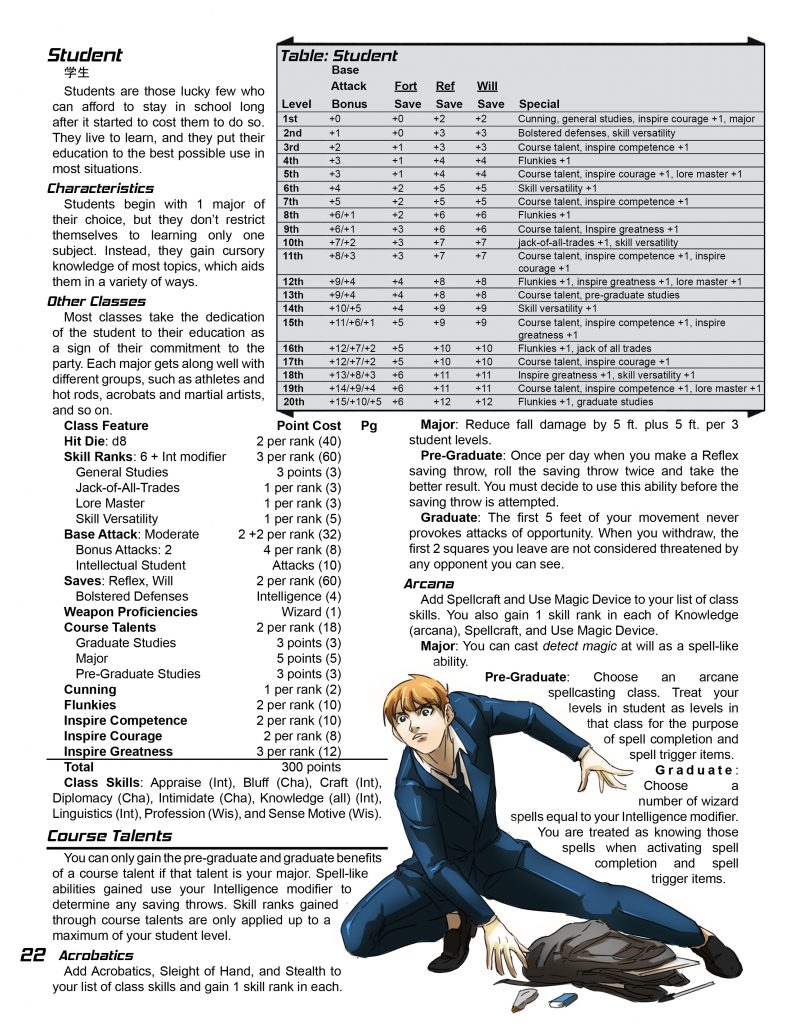 KG: Our primary line of content at the moment is The Book of Many Things, which is now on Volume 3. We also recently released our 5-year anniversary edition of Mystical: Kingdom of Monsters. As for open projects, we’re finishing up The Awakened RPG for ourselves, and Lands of Theia, which is another collaboration with our Names’ Games TM initiative and an up-and-coming designer friend.