It’s a question, not a statement. Because along with the statement comes a myriad of questions:

Is this even a real thing? Who is this for? How would you know if it was working in the first place? What good does it do?

Have you ever noticed the various memes online about being positive or being happy or choosing to be a better person? Most of the time I think the people posting them are really trying to tell their friends a deeper secret about themselves. 4/5 times those people who say they have to cut loose the people who are dragging them down are normally the actual culprit. They are the leech for their friends. The same people who talk about all the negativity everywhere are most likely the same one spewing it offline (and online). 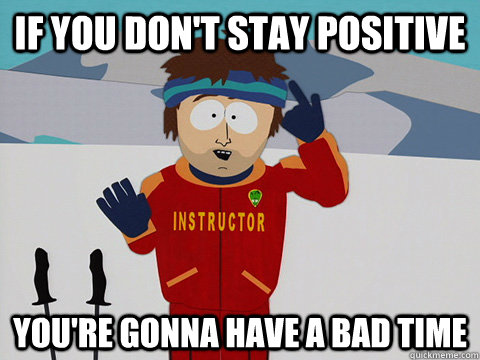 Look, you posting some meme isn’t changing anyone’s life/opinion/habits/nothing. It’s not like they are going to wake up today and then log onto Twitter/Facebook/Instagram/Etc. see your meme which reminds them that they have been a shitty friend in the past and suddenly change their ways. That’s not how the world works.

We don’t really talk about religion or politics on this site because all it does is degenerate into a fight. But really, I think the reason it’s probably for the best is that you can’t change people’s mind about things. If they love the current situation(s) or hate them, your post doesn’t change anything for them except maybe to remind them they agree with you or to remind them that they might need to move you up on the old “Block” list.

I think we’re all too quick to jump to tear down others. Whether it is the people or the ideas or the actions or whatever. And it isn’t in politics only, it’s in pop culture. I guess it is much more fun to trash talk some movie or book or whatever than just focus on the things you really like. You can pat yourself on the back for all the things you got right about the latest movie that flopped or maybe you can take the time to build up something else. Especially those little bits and pieces others may not even know exist. 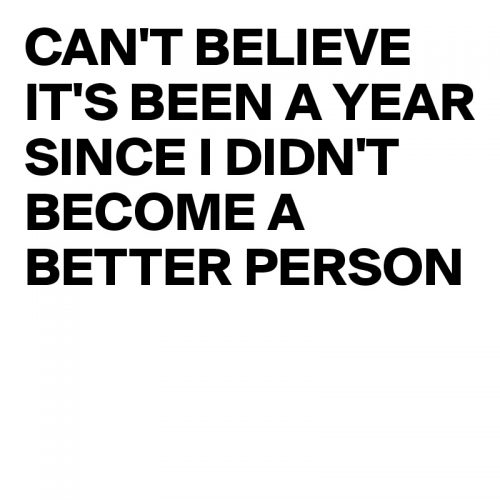 I mean, as much fun as it is to tear down things with other people, there is something special about sharing in the things you love with others who love it as well. Instead of a club that works to undermine others, you are constantly building on the bits you enjoy. It doesn’t mean you don’t get to hate things. It only means it stops becoming your only focus. I know I don’t always do a great job with this. Many times I have to be dragged into those moments. Maybe it doesn’t have to be big things either. It can be as simple as sharing something with one other person. Providing a bit of your time to help them make something better. Those people who give of themselves with no worry about repayment. They are doing it because of the sheer joy of the craft or the idea or…

When you’re not looking for the flaws; you get to focus on the brilliance contained within.

Even this blog, in which I hate upon those who are hating on things is making me a bit of a hypocrite.

Hopefully, you can see it comes from a good place. A place where we use our powers for good instead of evil.

Writer of comics and novels. In 2006 his first short story "The God That Failed" was published by Terminus Media in their debut comic Evolution Book 1. Since that time he has had stories published in Terminus Media's Evolution Book 2 and Evolution Special, Kenzer and Company's The Knights of the Dinner Table, and Four J Publishing's The Burner #3. Currently he is eagerly awaiting the digital publishing of his first creator-owned comic The Gilded Age #1 to be published online as well as his first novel The Dark That Follows later this year.
View all posts by John McGuire →
Tagged  John McGuire, meme, Stay positive.
Bookmark the permalink.