My first thought after watching episode one is that I don’t know that I’ve ever seen anything like it before… and that it might be the best thing I’ve seen in a long time.

I just finished the last two episodes from this first five-episode season (called Genndy Tartakovsky’s Primal) and my opinion hasn’t changed one bit.

For those who might not know, Primal is an animated series about a caveman and a tyrannosaurus who find themselves paired up due to tragedies that occur to each of them. That description is terrible and doesn’t even begin to describe the depth and breadth of this series. It reminds me of Heavy Metal in the weirdness factors, in the settings and the monsters it portrays throughout the series. Like some 70’s cartoon on crack.

Each antagonist a foil to show you exactly why you should be cheering for our heroes “Spear” and “Fang”. I’ll leave it to you to figure out which is which. 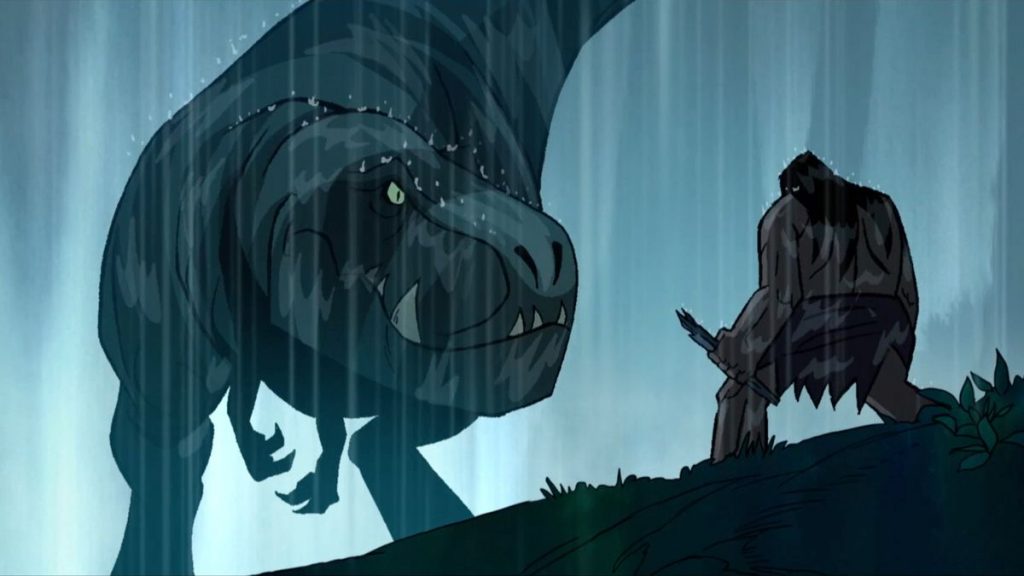 Yes, there is this thought that how would a dinosaur and a caveman pair up… why would that work, much less be something I’d want to spend time on? The answer is very simple – because you get to see why these two are together. You get to feel their losses and understand why they need each other. And you buy into it. It is a simple enough idea that the show actually does a great job in pushing you to see why this pair both works and perhaps doesn’t work as well. That they need each other as a coping mechanism at first, and then they simply need each other.

There is no dialogue spoken within the show… and yet, there is a grace and depth to these characters where words would only undermine what it was we were watching. We don’t need to hear anything more than the sounds of the world. The grunts and shouts and roars of the two as they work their way through the world, fighting for survival… fighting for each other. 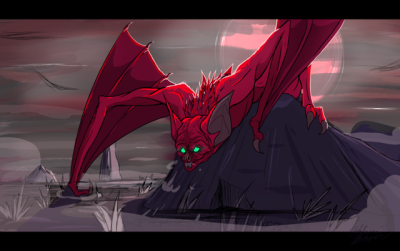 And there are moments where the above Bat-Creature appears and I’m more than a little worried about Spear and Fang.

Honestly, I’m sort of at a loss for words with this show. I feel like the more I say the more likely I give some cool moment away. But I also feel like if I say nothing then I’m not pushing you to go watch it (and you need this in your life).

I didn’t know what it was that I was getting into when I started watching this show, but now I can only wonder why this show doesn’t have more episodes out.

Writer of comics and novels. In 2006 his first short story "The God That Failed" was published by Terminus Media in their debut comic Evolution Book 1. Since that time he has had stories published in Terminus Media's Evolution Book 2 and Evolution Special, Kenzer and Company's The Knights of the Dinner Table, and Four J Publishing's The Burner #3. Currently he is eagerly awaiting the digital publishing of his first creator-owned comic The Gilded Age #1 to be published online as well as his first novel The Dark That Follows later this year.
View all posts by John McGuire →
Tagged  Adult Swim, Genndy Tartakovsky, Primal.
Bookmark the permalink.