I’ve gone to plenty of writing panels over the years hoping to discover, like Ponce de Leon looking for the Fountain of Youth, the secret formula to their success. How the heck did they manage to get up there with their book, comic, etc? Most of the time I do learn something, some nugget of truth that makes the trip worthwhile (maybe a technique or some obstacle they managed to overcome). But there really is one thing that separates them from those of us in the room:

You want to be a writer?  Then write, sure, but FINISH the task.

Too much I get caught up in the idea of writing. Make sure that I get my WORDS in for the day, or make sure that the latest chapter gets revised. 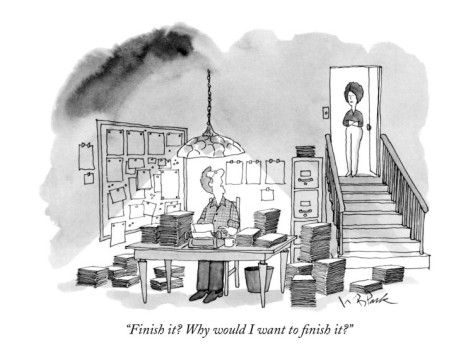 But at some point you have got to get to “Pencil’s Down”. This is something I have only just now begun to understand, and I am not even close to where I want to be.  I have only scratched the surface of this for myself and constantly have to fight to get there.

There is a difference between “Wanting” to be a writer (nevermind the great) and “Being” a writer.

In everyday life there are people who WANT to do, be, have something.  How many of them take the time to sit down (or stand up as the case may be) and actually do it?  How many distractions can one person have before their WANT simply becomes their DREAM and then later their REGRET.

This is the mantra I have to keep telling myself over and over. When I get tired or don’t want to sit down at the computer, I repeat it.

It seems so simple. It seems like one of those things that you read and say “Of course. What else would you think you needed to do?”

Even knowing it isn’t enough. It’s never that easy. How many ideas do I currently have sitting on my computer or flash drive that are waiting for me to finish them?  Dozens.  How many are finished?  Not nearly enough (not by a long shot). So why can’t I get there every time? What’s the hold up?

Sometimes it is the FEAR. The FEAR that what I’m writing is not going to be liked. I’m just as worried that by finishing said story or script or novel or whatever that people will read the FINISHED product and not like it and then where did my work get me?  What a waste, right? 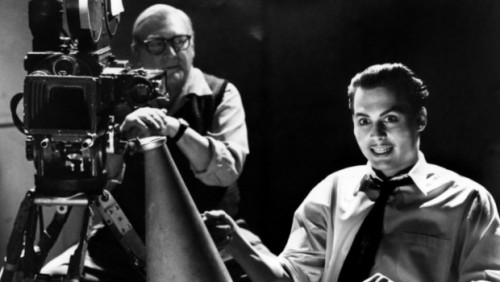 Really? Worst film you ever saw. Well, my next one will be better.

I have to convince myself that it isn’t a waste. That with each word that I write (and rewrite and edit and then even the ones I cut) means I am one inch closer to where I need to be. I get to that million words and beyond.

So that unfinished thing is doing you so much good then?  Sure, you can’t get hurt if you don’t finish it, but I have to say, putting that final word down on the page and knowing that you have actually completed something.  That’s got to be worth something.

When somebody posts their finished piece of art or script or whatever, they are 1 million times ahead of me with my dozens of unfinished products.  It doesn’t matter how much better of a writer I THINK I am because they have already lapped me 4 or 5 times.

I know plenty of people (I am one of those people sometimes) that start a project and get bored and then jump to another project, get bored, wash, rinse, repeat.  At the end of a year, they have enough stuff that you’d think they’d have a Finished Product, but instead, it is spread out over ten different things. Ten different UNFINISHED things. Ugh.

It’s an odd thing that really in the last year I feel like I’ve started to have real successes on the writing side of things, but even those are still not quite finished. Sure, issue #1 of The Gilded Age is complete, but I think I allowed myself about 5 minutes to enjoy that it existed in a tangible format before my brain started spinning on when the next issue would be finished. Same with Tiger Style #1.

The greatest thing about comic books is that it is a collaborative process. You need a writer and an artist and maybe an inker and a colorist and a letterer and an editor before the whole thing is ready and done.

The worst thing about comic books is that it is a collaborative process. And that you need to have those other people because when anyone point slips, the whole process comes to a complete halt. I don’t get the artist the next issue’s script, well I guess that is going to delay the book. The inker doesn’t get the pencils by the deadline… now we have another delay. And so on.

It can be maddening. It’s one of the reasons I started writing a novel in the first place. Finally, something that is totally on me and only me to get done.

Oh, that would be me.

Even now as I seemingly crawl through the last bit of editing on my first novel, The Dark That Follows, it doesn’t really exist until it is done. Before that it is just another unfinished project hoping for me to put the time in and get it out the door. The serial I’m working on with J Edward Neill, Hollow Empire, has many chapters completed in various forms (some in needed of editing, some ready for a read through, etc.), but until Episode 6 is complete and edited and out the door it just is another thing “I’m working on”. The next issue of The Gilded Age or Tiger Style or whatever else is coming down the pipeline.

So I repeat my mantra and put my butt in the seat and start typing.

Writer of comics and novels. In 2006 his first short story "The God That Failed" was published by Terminus Media in their debut comic Evolution Book 1. Since that time he has had stories published in Terminus Media's Evolution Book 2 and Evolution Special, Kenzer and Company's The Knights of the Dinner Table, and Four J Publishing's The Burner #3. Currently he is eagerly awaiting the digital publishing of his first creator-owned comic The Gilded Age #1 to be published online as well as his first novel The Dark That Follows later this year.
View all posts by John McGuire →
Tagged  John McGuire, The Dark That Follows, writing.
Bookmark the permalink.