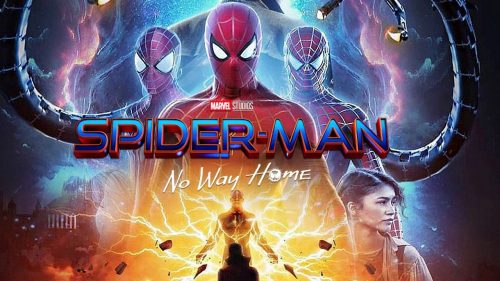 I must admit… I watched the leaked version a few hours before the official release of the trailer. However, I’m not sorry. The version I saw actually had subtitles which helped me comprehend everything I was seeing a little better.

Anyway, in light of the trailer being released, I’ve noticed this thing that fandom loves to do is happening now with Spider-Man: everyone is playing guess the movie. They are picking apart things that don’t make a ton of sense in the trailer while relying on 2 minutes of randomish footage. In fact, I always find it is best to enter into watching trailers with an eye towards doing exactly that. I mean, how else are you possibly going to make up your mind about something coming out in December. Better to make a ton of snap judgments on this rather than wait to see the actual movie and then, if the inconsistencies which were hinted at in the trailer do manage to remain without a satisfying outcome – hey, feel free to rip it apart.

What’s strange about this phenomenon is I pretty much only hear it in these big genre movies. Star Wars certainly gets held under the microscope. Marvel has graduated to this level as well now. But otherwise, with most movie trailers the only things people might bitch about is a casting choice or the special effects or dialogue. I don’t seem to remember people tearing apart the trailer for something like Bill and Ted. Or maybe they do, and I’m just hanging out in the wrong corners of the internet.

Still, the trailer is something that is supposed to excite you. To get you hyped to see the movie in question. It is certainly there to make you ask questions. With this movie in particular, the rumors have been running for some time about what the plot would be about or who might show up in the movie. The trailer certainly delivers on the first part (at least the broad strokes) and by a couple of reveals lend additional credit to spoilers regarding the cast.

First, the plot appears to be that after the results of Far From Home, Peter Parker has been outed as Spider-Man. This single fact causes his whole life to turn upside down to the point that he ventures to see Doctor Strange in the hopes that there might be a spell to undo that knowledge from the world. Something goes wrong in the casting of the spell, and off we go into the greater multiverse. In comics, normally a hero makes the decision very early on whether to have a secret identity at all. Most tend to opt to keep their lives separate for the very reasons we’re seeing play out in the trailer. The sudden super-stardom which accompanies it. The idea that there may have been crimes your alter-ego committed that your true identity is now responsible for. And the biggest key piece is that your enemies now can target you through your family and friends. This last reason is the most important one, and in those stories where the hero is outed, it never goes well.

In the comics, Spider-Man once chose to reveal himself to the world. During the heroes’ Civil War, in an effort to convince others to register with the government, Peter Parker revealed himself on live television. Reading at this time, I both knew that this change in status quo wouldn’t/couldn’t be a long-term thing, and I also knew it was a terrible (just terrible) idea. Soon enough, the Kingpin of Crime set hitmen to target Mary Jane (which resulted instead in Aunt May getting shot and led to things we do not speak of).

So for the purposes of the movie, having a portion of it showing how bad things can be for Peter should be cool (though, I am extremely interested in seeing how Flash Thompson reacts to this knowledge given how much he appears to hate Peter Parker but loves Spider-Man). 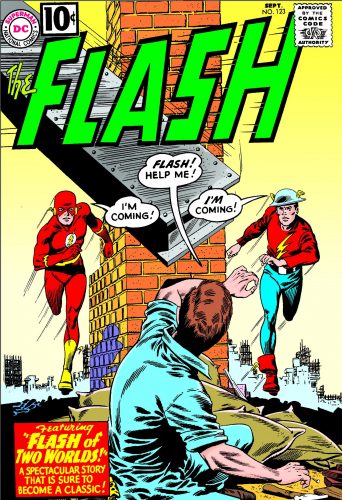 The second big piece of this is traveling to other versions of reality. In the comics, characters have been meeting alternate versions of themselves for decades (starting with DC’s “Flash of Two Worlds”). Heck, Into the Spiderverse did an excellent job with exactly this idea.

Whether they are going to lean into this being a situation where he is actually visiting these other worlds or if those other worlds are threatening to overwrite our own, I can tell from the trailer.

But it leads us to the other members of the cast and the big reveals near the end of the trailer. We see a Goblin Bomb and William Dafoe’s laughter. We see lightning in the sky conjuring thoughts of Electro. There are a couple of other things people are speculating might be The Lizard or Sandman, but the one, concrete person we do get to see is Otto Octavious, Doc. Ock not only makes a big appearance but also knows Peter (even this version) which is as curious as anything else to me making me wonder is this a world where Doc. Ock didn’t die? Maybe he is a redeemed version?

Or are we actually going to get our big fight against the Sinister Six in this movie? And the only way to potentially defeat them is to find a little help from some fellow Spider-Men?

I half expect that in the final trailer they release (probably around Thanksgiving) we’ll get some shot with our 3 versions from the last 2 decades all standing together. And while it might not be Endgame level, that should be extremely cool.

Writer of comics and novels. In 2006 his first short story "The God That Failed" was published by Terminus Media in their debut comic Evolution Book 1. Since that time he has had stories published in Terminus Media's Evolution Book 2 and Evolution Special, Kenzer and Company's The Knights of the Dinner Table, and Four J Publishing's The Burner #3. Currently he is eagerly awaiting the digital publishing of his first creator-owned comic The Gilded Age #1 to be published online as well as his first novel The Dark That Follows later this year.
View all posts by John McGuire →
Tagged  John McGuire, Marvel, multiverse, Spider-Man: No Way Home.
Bookmark the permalink.