I had to read War of the Worlds for school… that was the radio drama and the original book, and the ending struck me as pure genius at the time in both its simplicity and for how brave an idea that even was. I always wondered if you tried something like that today, would it work? Would people accept that ending or would they claim the author just didn’t know how to end the story.

Luckily, H.G. Wells doesn’t have to worry about such things. 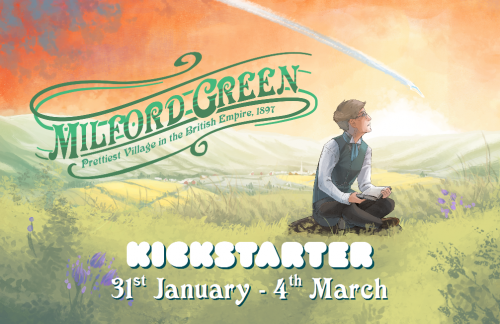 In the summer of 1897, a socially awkward inventor investigates the crash-site of a flying vehicle to find out that we are not alone.

Apart from winning “Prettiest Village in the British Empire, 1897” Milford Green is a normal village in the rolling hills of Southern England. That is until on one summer’s evening, Alfie Fairfield, a socially awkward inventor, sees some kind of flying vehicle shoot across the sky and crash land into a field. Being a curious fellow who is interested in any type of machinery, Alfie investigates to find out that we are not alone in this universe. 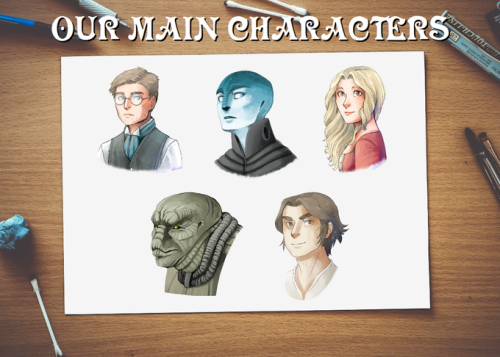 Even without the idea of aliens coming to Earth at the turn of the century appealing to me, the artwork by Mikael Hankonen is amazing. It reminds me of some of the old style animations that would pop up here and there in maybe a movie or random tv show. Not the best description from me, but it makes me “feel” what the story is going to be about as much as anything else… which is half the battle.

For 48 pages worth of comic, paying only about $4 for the PDF is beyond a great deal. The print version goes for about $14. In addition, there is a Poster level which has about $3 difference if you can get in on the early bird. Finally, at the top end is a way to appear within the comic and get a 14.8 x 21.0 cm (you’ll need to do the conversion on that one!) art print of your character as well ($98).

Even though a large part of the whole Steampunk genre owes its existence to H.G. Wells, the idea of aliens in that turn of the century world is not one I see very often. This makes Milford Green a welcomed addition. Check out the Kickstarter here!

To find out more about Milford Green, check them out here.