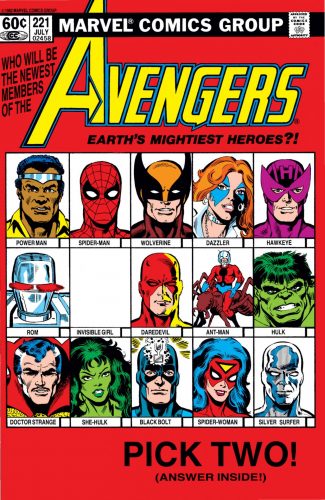 Over the summer, Marvel Studios gave a breakdown of their upcoming releases for their cinematic universe. One title, which caught many people’s eye was Avengers: Secret Wars. Now without going into the full breakdown of what Secret Wars may or may not mean to comic readers, one of the ideas (since this is all a part of the multiverse) is that we might see different versions of the Avengers come to help stop the big bad. And this got me to start thinking about the Avengers comics and how they are constantly changing their line-ups, giving different characters a chance to have a bit of the spotlight here and there. This might be hard to believe if you’ve only seen the movies and their somewhat core group plus the trio of Captain America, Iron Man, and Thor seemingly always needing to be there.

But in the comics, that isn’t the case. In fact, one of my favorite runs (West Coast Avengers) only had Iron Man of that trio, and later he wasn’t even there at all.

Regardless, I thought it might be fun to give it a go. Now, these would be the comic book versions of the characters, as some have not appeared on screen as of yet. 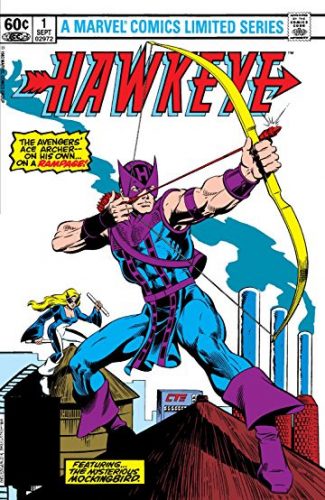 Probably my favorite avenger due to his run as the leader in West Coast Avengers, but it was as I learned about his past that he became my favorite. You see, he started his career wanting to be a good guy, but happened to fall under the spell of the Black Widow, who used him as a pawn against Iron Man. They tangled quite a few times, but when the Avengers experienced their first big roster change waaaay back in Avengers 16, it was a cocky archer who broke into their mansion as a way to show them he was worthy of membership. 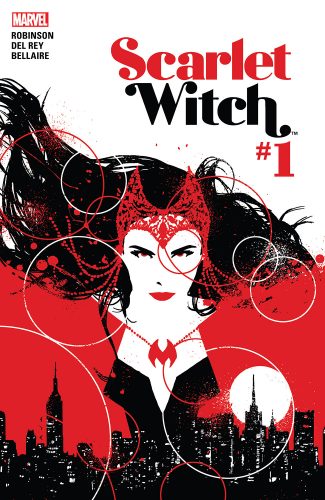 Another first-timer from that same Avengers 16, it wasn’t until John Byrne began working on the West Coast title, that I understood the character’s importance, not only to the Marvel Universe but to the Avengers themselves. While the Fantastic Four are definitely Marvel’s First Family, the connections within the Avengers for many of the characters are such that they are the bringing together of many different characters. Her husband is the Vision, her brother-in-law is Wonder Man, her brother is Quicksilver, not to mention that gives them direct links to three of the bigger villains: Ultron, Grim Reaper, and Magneto.

And even though, she’s hit upon some hard times due to the fallout from “No More Mutants”, I love a redemption story. 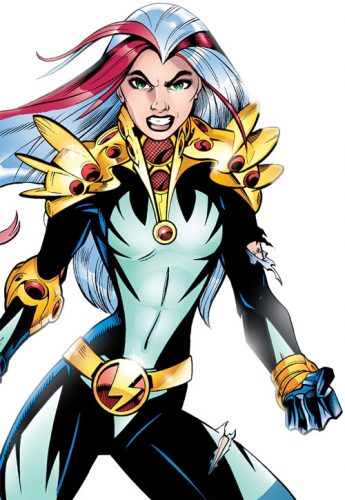 In the comic, Avengers Forever, a mismatched team of Avengers from various time periods are brought together to defeat a greater enemy. Some are from the past, some from the present, but two are from some point on the future timeline: Captain Marvel and Songbird. The thing is, when that comic came out, she was still appearing in another comic, Thunderbolts, which showed you who she really was: a member of the Masters of Evil – the big bad guy group. So here we had someone who was struggling with her place in the world. Who had been a villain forever, but because of the ploy the T-bolts were running, she was becoming addicted to being a good guy… a hero.

And then we see that maybe, just maybe, she will be able to redeem herself and join Earth’s Mightiest Heroes (and she can bond with Hawkeye and Scarlet Witch as they all have been on the wrong side of the law). 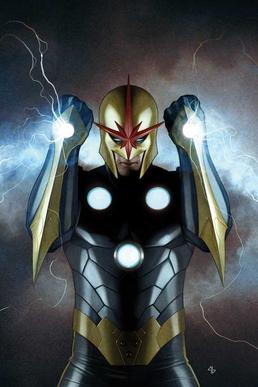 I had never heard of Nova before the comic book New Warriors came out. He had his run in comics back in the 70s and early 80s but had mostly been forgotten until the early 90s. I loved that he was someone who had lost their powers, lost their way, and suddenly found a new purpose with a team of teenage heroes. He doubted himself, was angry at times and fell for one of his teammates. That comic was everything you’d want in a comic book.

Then it ended, and he sorta disappeared again. While a couple of his running crew joined the Avengers (Firestar and Justice) he never got his due… until the Annihilation Wave storyline began and he found himself fighting alongside and against some of the biggest baddies the Universe had ever seen. If there was ever any doubt that he was deserving of being an Avenger, his run through those space epics changed all of that. 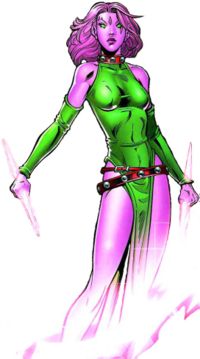 An odd choice, as the entirety of my experience, reading about her is directly from the Exiles, a comic about a group of (mostly) mutants who jump from parallel world to parallel world trying to set right what once went wrong. Her was a character I got to see grow from an unsure hero into the leader of this squad, forced to make extremely difficult decisions about the fate of multiple worlds. I also like the idea of adding another character from the X-Men side of the universe. Sometimes things can get too insular, and you miss out on the oddites of weird and new combinations of characters who have never had the chance to interact before.

While we might (we’d definitely) add another character or two at some point, I like the idea of a somewhat small team to start. And the thing is there are multiple ties between characters, former villains, dealing with cosmic threats, and a couple of mutants mixed in. And perhaps, they are brought together by someone who has a sense that bigger things are at play across the multiverse… that perhaps Kang (and Immortus) are beginning to make their latest play for power.