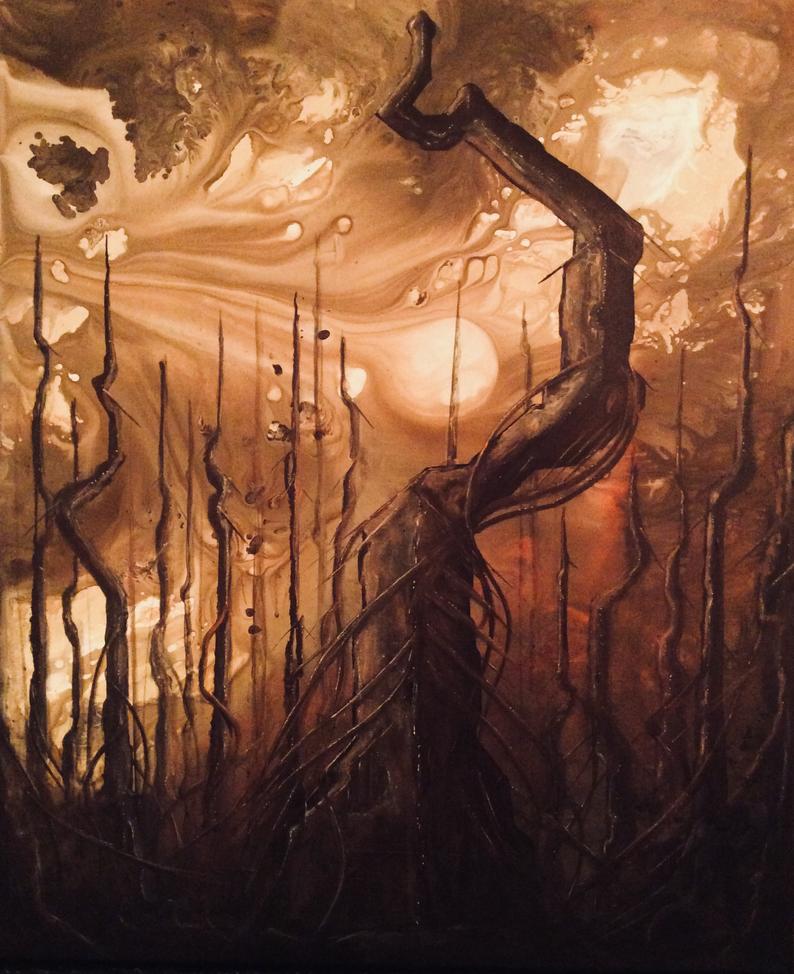 The stars will fall, one after another.

…but now fades out of reach… 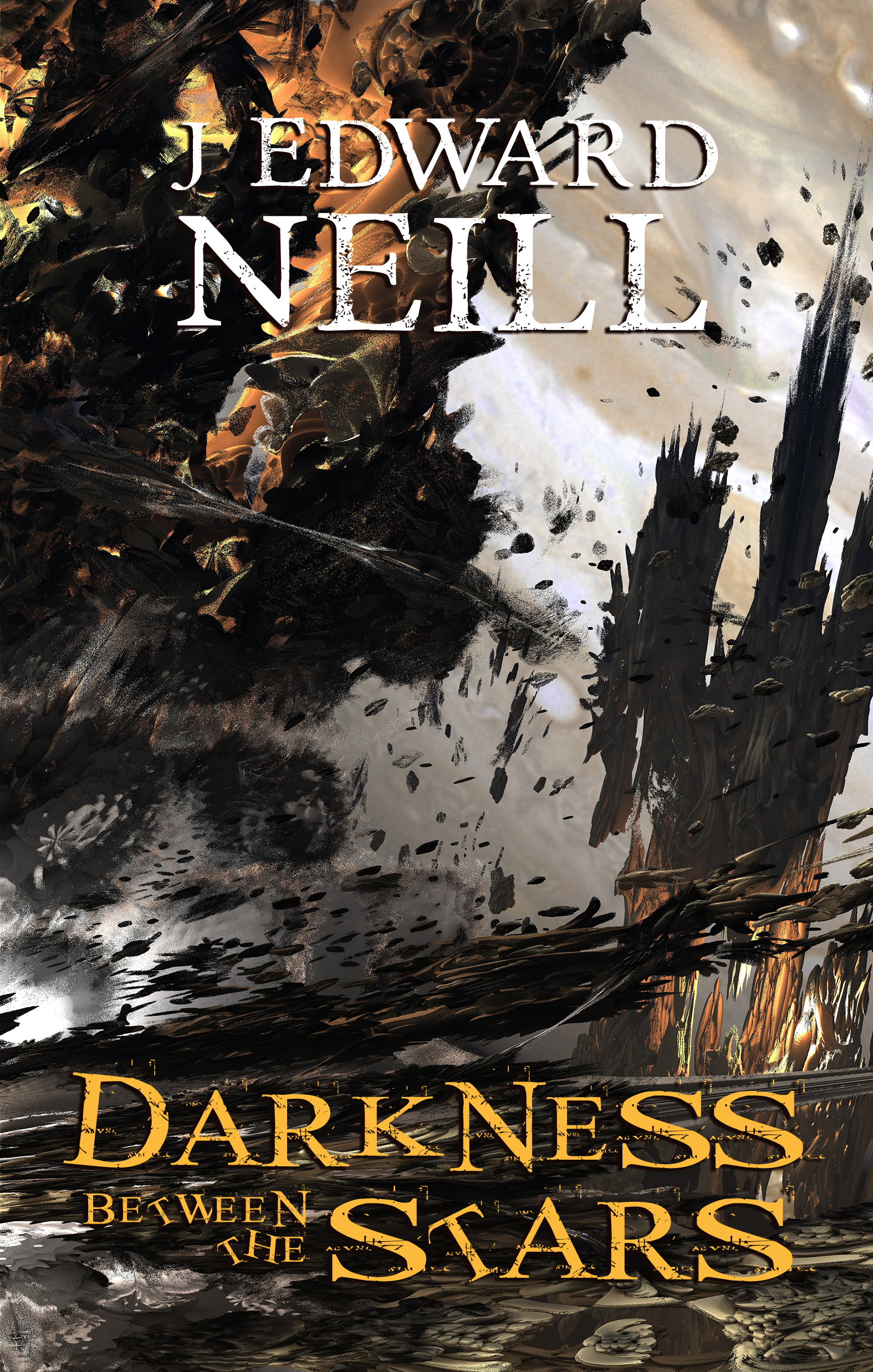 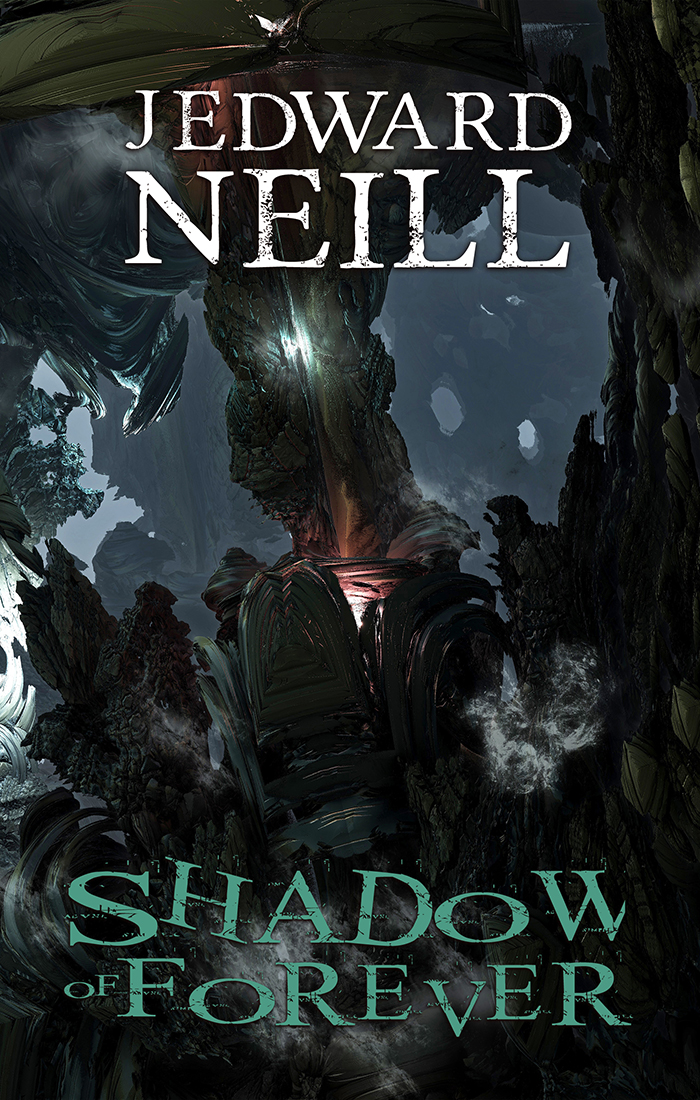 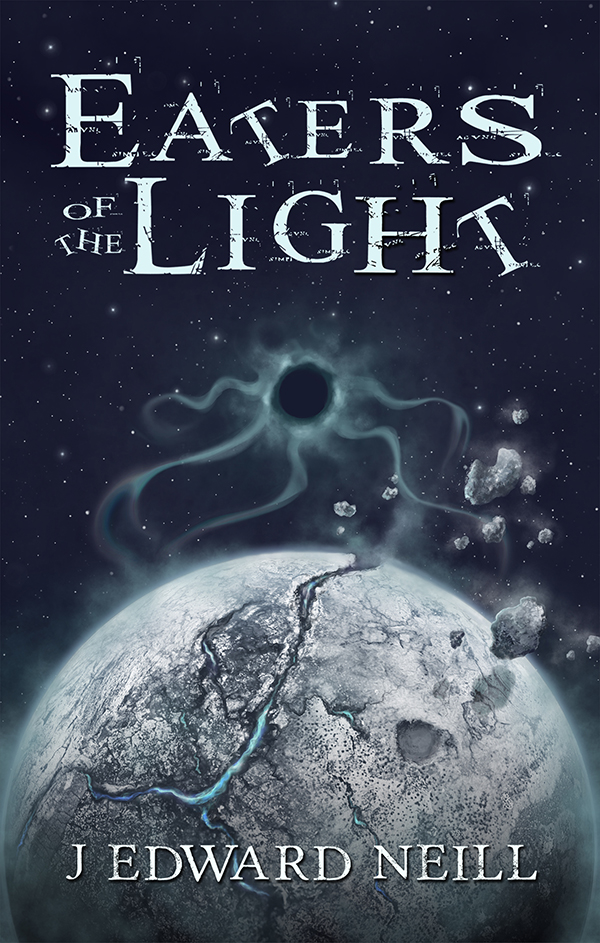 The Eaters of the Light

Builders of tombs, vast and empty, in which to bury all life.

All three books are available here.

A cool glossary for the Eaters of the Light series is here.

For this year’s annual spooky art post, I decided to feature one artist who’s work I find to be some of the most chilling and inspiring too. Zdzisław Beksiński (1929-2005) was a Polish artist known for this dystopian paintings, though he also worked in photography and digital art too. The artworks below are only a small sample. I encourage you explore more of his paintings on WikiArt.

I’m going to be straight up with you guys and gals, I’m kind of biased on how much I respect the subject of today’s creator interview. She’s talented, driven, and she’s my lil’ cousin.

Who I’m unabashedly proud of. 😀

Gabrielle Aliké Hawkins has studied the craft of film making internationally in London, on our own shores in the great NYC, and has honed her craft working on such indie productions such as “Alto” and “Global Tides”.  In addition to being an accomplished photographer, Gabrielle is currently conducting an Indiegogo campaign for a sci-fi dystopian short film she’s written and will direct called “Criminals”.

The filmmaker recently took the time to speak with the Tessera Guild about her career, the campaign, and indie film.

Can you start by telling us a little about yourself, your background in film, and just being a creator overall?

I became drawn to the arts at a young age, focusing on dance. After suffering a severe dance injury, I decided to continue my passion for arts and focus on filmmaking. I have always been drawn to films and when I was about 12 years old, I used to write stories that I wanted to see on the big screen. At that time, I wanted someone else to direct them. Then, I realized I could direct the stories I wanted to see. 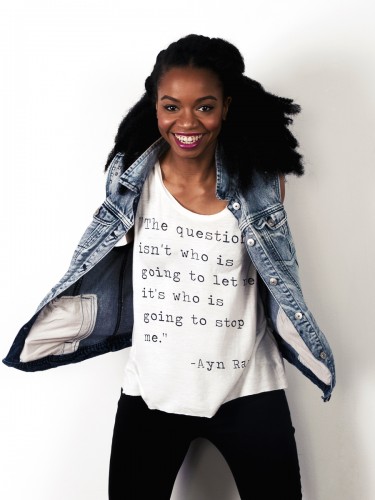 I have a B.A in Film Production from Brooklyn College and a Certificate of Completion from the Met Film School in London where I studied film producing. I started working as a Production Assistant on music videos and feature films. I recently worked as an Assistant Director on a wonderful feature film called “Alto” directed by Mikki Del Monico.

What drew you to filmmaking? What about the medium drives you to create film?

Filmmaking is such a beautiful and powerful medium. It influences our society. As a teenager, I didn’t realize how much film and media influenced me. How I saw myself on screen or if I didn’t. What I watched influenced how I interacted with people without me even knowing.

That is one of the reasons that I became a filmmaker because I would like to see more diversity on screen. Not just in terms of race but also telling unique stories. I feel that watching a great film is like watching a painting come to life.

Talk to our readers about your short film “Criminals”, and the Indiegogo campaign. What about the science fiction/ dystopian future arena appeals to you as a filmmaker/ screenwriter in terms of storytelling?

I have always been drawn to abandoned buildings and characters that are seen as outcasts from society. There is great beauty in darkness if you can see the light.

The film takes place in 2040. Our characters, Ian and Ariana, are the last surviving members of an underground movement called the E.G.O. A massive manhunt for their capture takes place, in response to their infiltration of the notorious officer program and stealing confidential government files. They escape into the woods fighting to reach their last hope for survival. Will they make it to Nuevo Acuerdo, a society untouched by the government?

I have always been drawn to science fiction/dystopian future films and novels. Octavia E. Butler is one of my 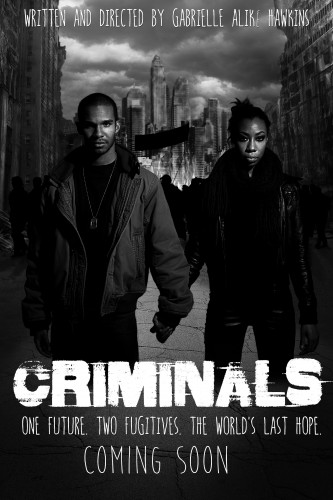 favorite authors and her work has greatly influenced me. For this particular film, I wanted to write within this genre because in some ways I feel  as a society this is where we are moving towards, unless we experience a serious wake up call. Climate change, violence and so much more is something that shouldn’t be ignored by the masses.

We currently have an Indiegogo campaign running to raise money for this film. All of the money raised will go to the making of the film. There is a breakdown on the site, and the campaign ends on April 2. Check out the link for more info here.

Is science fiction a particular favorite in terms of film genre’s to create in, or does this include a variety of other genre’s?

Science fiction is one of my favorite genres to watch and write but I am also heavily influenced by other genres, such as film noir and even comedy. So depending on the story, I like to combine genres.

“Criminals” is definitely science fiction but with a film noir touch. I have a super random taste in movies so I think that helps a lot. My goal is to write a film in every genre.

Once I write a story and create the characters then I come up with the genre. I always have an idea of where I want it to go but usually the characters tell me what type of film it should be. For example, “Criminals” started off as a modern drama, but once I knew the characters and developed the story further, the genre had to change.

A common saying nowadays is that the field of independent filmmaking has become more level, with the advent of new technologies, greater access to information etc. Do you feel that this is the case? Why or why not?

I think there are two ways to answer this question. I think in terms of making an independent film, you do have greater access thanks to digital filmmaking. There are also so many ways for people to watch films now. You can upload to websites, like youtube or vimeo and people can view your work. Also there are so many festivals, that accept many different genres and stories.

However, if you want to have your film in theaters, I think that is still pretty tough for indie filmmakers. Not that it’s not possible, because it definitely is, but it’s harder for an indie film to get wide release in theaters than a Hollywood film.

Are there any filmmakers, or films that you feel have been an influence on you as a creator? What about those creators, or works speaks to you?

Tom Tykwer is an incredible filmmaker and his film “Run Lola Run”, is one of my favorites. The story is just so different and the moment I saw it I was in love with it.

Gina Prince-Bythewood directed “Love and Basketball” and most recently “Beyond the Lights”. I love her work because you become so emotionally attached to the characters. I love how naturally she writes and directs human interaction.

The television series “Breaking Bad” to me was just pure brilliance. The writing, the acting, the direction, just everything. I was blown away by this series and needed a support group when it ended.

There are so many other films, television shows and filmmakers that I can go on and on about because there really are so many. I love the classics like “All About Eve”, “Alien” to comedies like “Friday”. I love films that make me think and sometimes I just need a good laugh. I am all over the place with the types of films and TV shows that I watch.

All of these artists work speaks to me simply because it makes me feel something and makes me think outside of the box.

What can fans look for from you in the future, and where can they find your current work?

After this short I plan on working on a web series, and then work on a feature film that I wrote. This would be my first short that I directed so the current work I have has been on some great projects where I worked in other departments. I am also a photographer and my work can be viewed on my website. 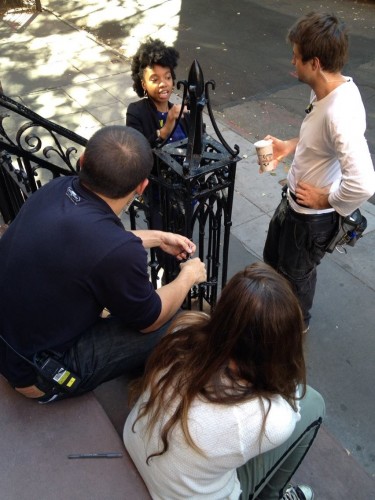