<This has spoilers for Game of Thrones… sorry.>

How do you stick a landing on a long-running tv show?

We’re a few days before the end of Game of Thrones. A show that opened to a little fanfare, but has built upon itself into a show that people can’t seem to help themselves from spoiling in the minutes after the latest episode airs. I normally don’t watch the episodes until Monday, which prior to probably Season 7, wasn’t much of a problem. Now it feels like people want to try to be clever in not saying anything but actually saying a ton of stuff about the show. And heaven help you if you go onto Yahoo or something and scroll through the articles on the front page. They will put the big moments in the damn title of the article.

But I don’t want to rant about spoilers right now (that’s a post all on its own).

As we approach this ending, it’s gotten me thinking about other shows I’ve loved and how they ended. And then it got me thinking about the actually act of writing an ending to some epic story. You see, I’m currently writing a draft of what will be a 5 book series at this point. So endings are important even all the way at the beginning. Do you set up the last scenes as soon as you put the first words on the screen? Do you have a vague idea of what the plot points should or shouldn’t be in that last book when you still need to discover what happens in books 2-4? Just how much do you need to know and how much should you wing it? 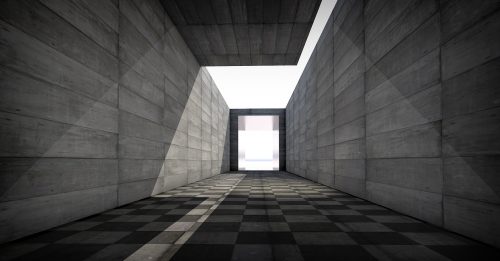 Image by PIRO4D from Pixabay

And here’s the other problem: your readers/viewers have a decent idea of where they’d like to see the story end up. Sticking with Game of Thrones, after I’d seen the first season I fully thought that this was going to be a show where I expected the last shot would be of Danny sitting on the Iron Throne. That regardless of where the other dozens of characters ended up, that needed to be the constant. She would have earned it through the way Kings and Queens in this world earn it – she took it, but she did it through alliances. She’s managed her allies – the Unsullied, the Dothraki, the Queen’s Hand, the Dragons, etc. She was one of the BIG heroes for this show. And in a world where there weren’t a ton of heroes, that seemed important.

But this is a world of greys. Not black and whites. And now that Season 8, episode 6 approaches, I no longer know if that is how it is going to end… or even if it should end that way.

So is that a bad thing? Is it a bad thing to potentially NOT deliver on what some people have expected. And note, I’m not talking about quality here… that is another debate. This is strictly about moments which have built up in my head as things that need to happen. It doesn’t mean they have to happen, but I believe they will make my enjoyment all the better.

Yet, in this last season, they have subverted a couple of things already. I’d not expected Arya to be the one to kill the Night King. So much was made of the Lord of Light and his champion that it felt like Jon Snow HAD to be the one to end him. When the time came, I realized it needed to be Arya. That’s how this was all framed and set up. So when the moment came it was a good moment… a good outcome that still wasn’t exactly what I’d expected and that was fine.

So reading the 5 books, watching 7 seasons of the show has led me to some thoughts about where the characters are going to end up. So in this last season, the question for me becomes – what did I think/want to happen, what actually happened, does it still work for me. I like pretty much everything they’ve done, it just makes certain choices, when they don’t match up…

Again, how do you make sure you serve your own vision of the series while not alienating your potential fans?

And there is one other problem: if you are too predictable. What then? People are going to complain because “they saw it coming from the second episode” (or some such thing).

Where is the line? That happy place between predictable and unpredictable. Does it ever really exist? And for those of us who watch the shows or read the series what do we want to see when we get to the end? That the creators did their best? That they played it completely safe? Or that they went balls to the wall and surprise us with something (or many somethings)?

Is there a right answer?

With this last episode, we’re going to get an ending. For better or worse. 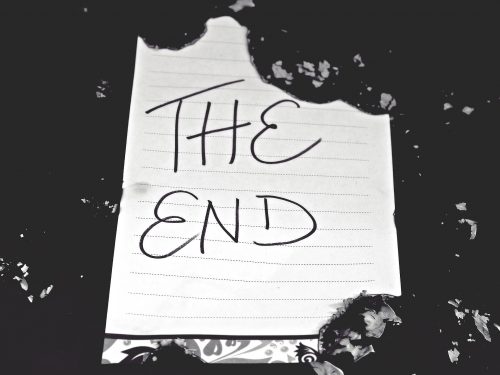 Image by TanteTati from Pixabay