This week, we’re tossing romance to the side and moving on to deeper, darker topics.

That means no more romance. Or love. At least not for a while.

It’s a relief, as I’m pretty much the least romantic person to ever live.

Today’s two questions are centered on individual (your) worldviews, and whether or not people can exist without them:

From the following, choose which one(s) you associate with your personal philosophy of life:

Cynicism – The purpose of life is to live with virtue and in harmony with nature (not what you thought it meant, is it?)

Agnosticism – Humanity knows nothing beyond that which it can touch

Pragmatism – The most valuable things are tangible and practical

Theocentrism – God is a central fact of our existence

Nihilism – Life is without objective meaning, purpose, or value

Existentialism – The universe is unknowable, yet humans still have individual purpose and responsibility

Is it possible for a human being to live without believing anything?

Meaning this person would have:

No claims to knowledge without hard physical evidence

No philosophy beyond the material world

If someone could pull this off, would it be admirable?

Or is this an impossible state of mind for a human to achieve? 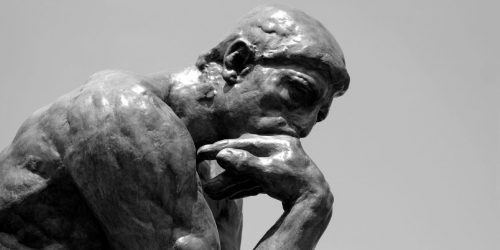 See you next week!

First, to set the tone, a few pictures: 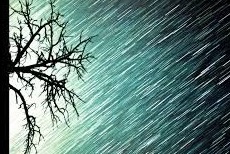 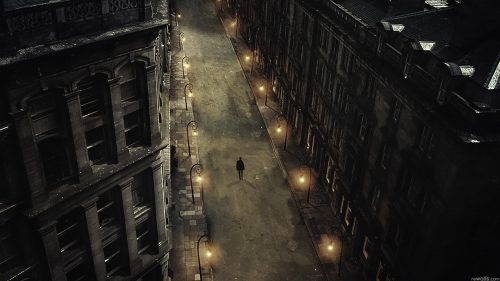 Look, before we get started, there’s something you should know. I’m not depressed. In a world where everyone I know has anxiety, clinical depression, bipolar disorder, or just simply dry, cold malaise, I am free. I have no sadness, no anger. Nothing makes me nervous. I’m not on any medications and never have been. My senses are sharp, my mind the razor I need it to be.

A while back I wrote about longing for rain. It reflected my status as an official lifelong wanderer. But this isn’t that, not quite. This is something else. Something deeper.

Last week a friend looked me in the eyes and said, “There’s no hope for you.”

And she meant it.

Now, she didn’t mean it in a cruel sense. She said it as if it were as real as gravity, as if everyone on the planet knew it the same as they know the sun comes up every morning. At first I brushed it off like I brush everything off. There’s not a bird in the world with feathers as oiled as mine. And yet, many days later, a part of me remembered what she’d said. And I thought about it. And I put some music on in the background. And I sat on my patio with the rain pounding the earth.

And I wondered whether she was right.

As an aside, the rain just started to fall. Just now. I opened up my windows. It’s pretty much the best sensation in the world. You should try it sometime.

Anyway. Where was I? Oh. Hope, and not relying on it. You see, I have this theory. It’s not really mine, but I claim it all the same. Hope is a mistake, it goes. Sounds depressing, right? It’s not. Not even a little. It’s simply a notion that hoping for something isn’t the same as moving toward it. That wanting something isn’t enough. That in order to earn your trophy in this life, you have to open your claws and snatch it from the void. And no, it doesn’t matter whether this existence has any meaning, any grand purpose. It’s what we have. It’s ALL we have. You either snare it by the throat, or you wash away with the flood.

So why did what this girl said matter to me? Why, when nothing else registers, did I keep it on my mind? I’m not sure. But what I do know is that it reminded me of something I hadn’t felt in ages. And when I say ages, I mean decades. Because you see, there was this dream. I used to have it nightly, like seriously every night, for years. I must’ve wandered through it a thousand times. And later, when the dream stopped, I daydreamed it. I’d take walks in the woods and dwell on it. I’d be in the middle of conversations with friends, and it’d steal my mind away. (Sorry, friends. You deserve better.)

I’m the only person on Earth. Not the last person, but the only one who ever lived here. It’s raining. It’s twilight, and I can see the sun smoldering behind the storm clouds. I’m walking on a street between buildings that don’t exist. No one built this street; it’s just there. And then I’m walking on a shore beneath impossibly bright stars. And then I’m driving at night through a city no one lives in. No one made my car. It’s just there. After all of this, I take a journey. Down the street, across the ocean shore, toward a nameless place in my car. I travel into oblivion.  I wander into nothing.

And I love it. Utterly.

I suppose some people might call it a nightmare. The loneliness of it all, the shadowed atmosphere, the destination of nothingness. Nah. It’s not a nightmare. It’s just a feeling that I, and I bet most people alive, carry with us. You want something, only you don’t know what it is or where to find it. I say want. I mean need. We need to find this nameless thing, whatever it is, and yet there’s no way to catch it. There’s nothing. It’s like a video game quest for which there’s no solution. I mean, just imagine you’re playing The Legend of Zelda, but instead of needing to find eight pieces of Triforce, you need to find infinite pieces. You’ll play the game your whole life, but you still won’t know what you’re looking for.

If I’ve lost you, I’m sorry. I’m deep in my cups. And there’s a chocolate cupcake on the counter, waiting for me to finish this article.

In ‘longing for rain,’ I talk about how people spend their lives searching for a place, a moment, or a state of mind. It’s an ideal, so to speak, of where we want our lives to go. We know in our hearts what or where it is, and we gravitate toward it. But this is different. Maybe you know what I’m talking about. I hope you do. If you’re like me, you’ve dreamed of a place that doesn’t exist, but you still want to go there. You’ve constructed a small hope in the back of your mind, and yet you’re without a means to fulfill it. Even so, you want it. A part of you thinks you can get it. Maybe you can. But wait…no you can’t. Because you can’t catch nothing. You can only catch something.

Am I making any sense?

And of extreme human dilemmas.

The older I get, the more I realize that…much like Jon Snow…I know nothing.

Age, experience, intuition…all out the window.

See that tall building? I’m standing on it. I’m waiting for something useful to pop in my head before the meteor hits me in the face.

If that game from the 90’s, You Don’t Know Jack, applied to real-life, I’d lose. Badly.

Want a few good examples of my know-nothingness?

I don’t understand why anyone gets offended by anything. Ever.

I don’t know a damn thing about women. Or men, for that matter. Hell, I don’t even see eye-to-eye with my cat. Probably because she’s blind. Whatever.

I can’t grasp why pizza, cake, beer, ice cream, and butter-slathered steaks are bad for people. I mean…on a scientific level maybe. But with all this science, I don’t get why we haven’t invented perfectly healthy triple-chocolate ganache cake. What the hell, science?

I don’t understand superhero movies. At all. Especially the dudes (and girls) who wear capes and garish costumes. Wouldn’t a cape just trip you up when the worst shit was about to go down? Wouldn’t a bright red leotard just make you easier to hit? Hell if I know.

I can’t wrap my head around procrastination. Isn’t doing something right fucking now a better idea than waiting?

I guess that means I don’t understand waiting.

I really don’t get the whole introvert vs extrovert discussion. Does it matter? Help me understand please.

I can’t understand dogs. As in how they’ve managed to enslave so many people to their weird walking, pooping, and biting things rituals.

No one understands cats. I think you’re all with me on this one.

I don’t have a clue why some babies cry through the night. Isn’t that counter-intuitive to survival? Did ancient civilizations go all Sparta on the loud babies and hurl them over cliffs just to silence them? I dunno.

I don’t get cell phones. Specifically texting a lot. Nor do I get the iWatch. Or the Fitbit. Or why runners wear heart-monitors/biometric space-time distortion devices around their chests. Jesus dude, just fucking run.

I definitely don’t get having political allegiances.

Or dating at all. (Just have sex with your friends.)

I never understood classroom learning. Or professors lecturing. Or 30 kids squirming in their seats listening to teachers talk. Most people learn best by actually doing shit, right? I obviously have no idea what I’m talking about.

I don’t get runway modeling. No one wears that stuff. I mean…ok…the girls are gorgeous. Maybe it’s just about watching hot woman strut around nearly naked. I suppose I understand that. Maybe.

Never grasped watching a ton of TV. It’s 97% commercials, isn’t it? But even commercial-free, that shit zombifies people.

Speaking of zombies, I don’t get the zombie craze. It looks cool, but I still don’t get it.

Someone explain cosplaying to me. Is it just the hoping-to-see-a-hot-girl thing again? No idea.

I definitely don’t know a damn thing about Bieber, Miley, Selena, Beyoncé, or Lil Wayne. In fact, I don’t get modern music at all. I’m not even really that old. Why is this stuff still popular? No clue.

I can’t understand how sex and nudity are both glorified and taboo.

I don’t comprehend super sensitive people. Or social anxiety. I kinda wish I did, but I don’t.

I fail to see why anyone who’s not becoming a doctor, lawyer, or scientist would want to go to college (in the US.) Soaking up tons of debt to begin your life doesn’t feel right. But what do I know? Nothing, obviously.

I don’t get speed traps.

Narcissism has always eluded me. Along with Desperate Housewives, Antiques Roadshow, and the Miss America/World/Universe pageants.

Or any pageant for that matter.

I don’t understand why everyone who says they hate drama actually swims in it.

Or potential dates who scream about ‘hating games’ being the biggest game-players of all.

I don’t see why I can’t have a margarita at work.

I’ll never grasp why some people are humble and others arrogant. But then the next day it’s vice versa.

And I’m utterly clueless why some workers don’t take all their vacation. Screw that.

But most of all, more than any of this stuff, I really have no idea why I’m here.

Or maybe I do.

Maybe I actually understand most of this stuff.

Maybe I just don’t want to.